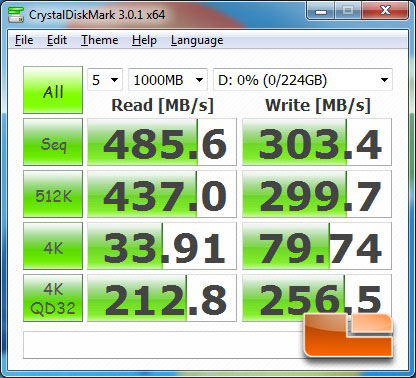 Benchmark Results: The MSI Big Bang XPower II Sequential Read speed was a little on the low side compared to some of our boards today. The Big Bang XPower II gave us a sequential read speed of 485.6 MB/s. Our top performer, the ASUS Rampage IV Extreme saw a performance of 508.6MB/s. There’s a difference of 23MB/s between the two boards. The Sequential Write of 303.4MB/s is right in the thick of the write speeds of all of our boards which range from 302.1MB/s to 306MB/s. 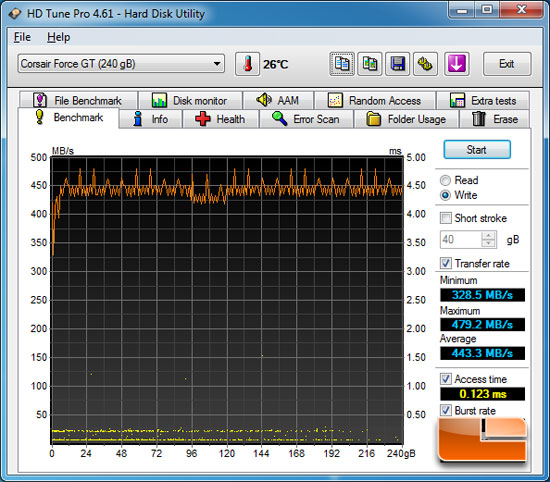 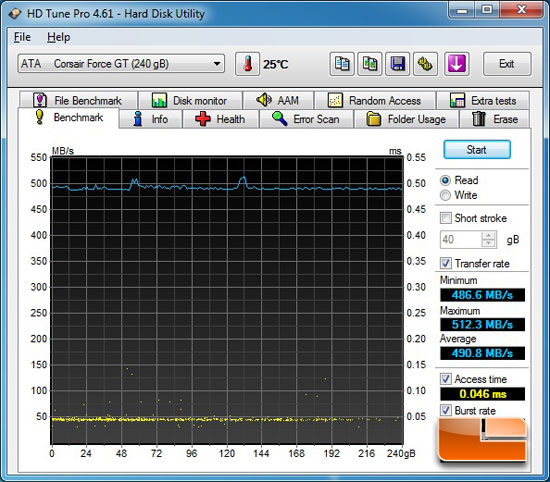 Benchmark Results: The MSI Big Bang XPower II performance in HD Tune is comparable to what we saw in CrystalDiskMark. The Average Read was 490.8MB/s which is the lowest that we have seen so far, but the margin between the boards is less at only 15.3MB/s. The Average Write of the Big Bang XPower II was a much stronger showing for the board. With an Average Write of 464.0MB/s it was the third fastest of our motherboards, behind the ASUS R4E (475.7MB/s) and the GIGABYTE GA-X79-UD7 (466.2MB/s).