The first workload that we will be showing is a trace that uses Microsoft Visual Studio to compile a build of Mozilla Firefox browser. The Micron 5100 MAX comes is the slowest speeds of the group of tested drives. This is a bit shocking as this is a workstation workload and we figured it might do better here. 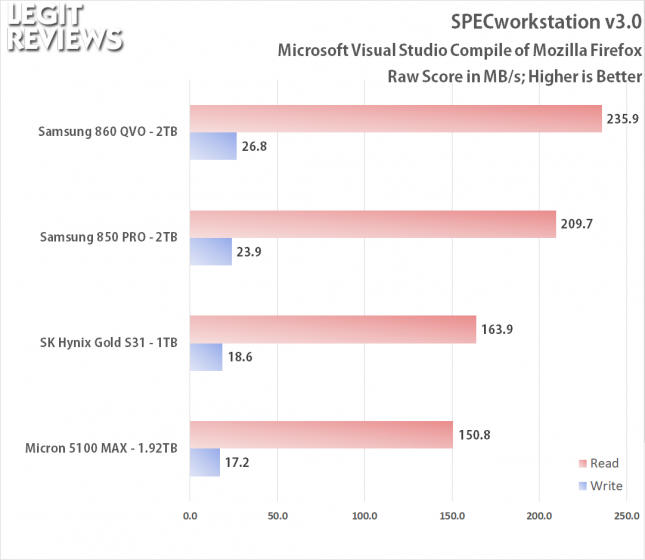 The next trace involves a Handbrake transcode and the Micron 5100 MAX performs much slower than the consumer drives in this workload. 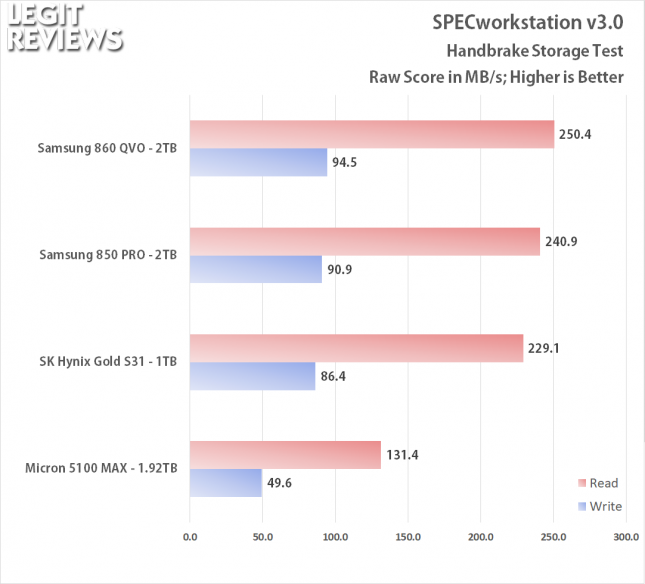 In the 7zip workload the Micron 5100 MAX 1.92 TB seems to redeem itself a bit as it was just behind the Samsung SSD 860 QVO 2TB consumer SSD. 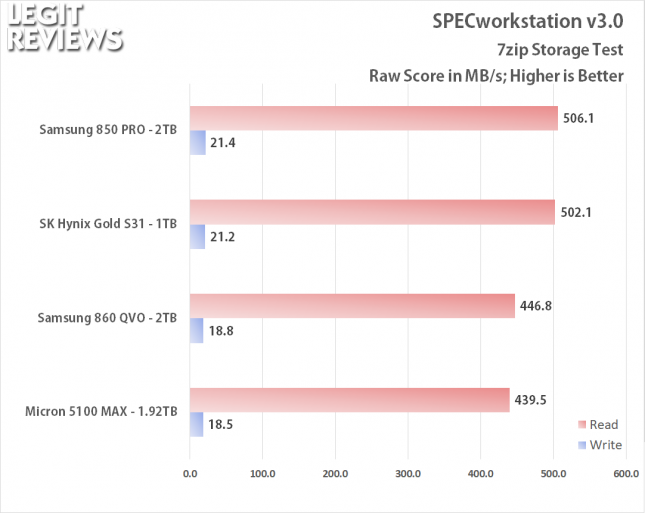