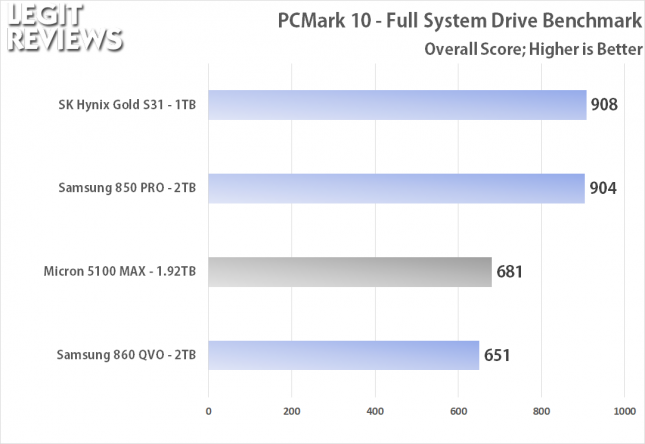 On the full system drive benchmark the results show the Micron 5100 MAX comes in with a score of 681 points. This puts it ahead of the Samsung SSD 860 QVO TB drive by 30 points. 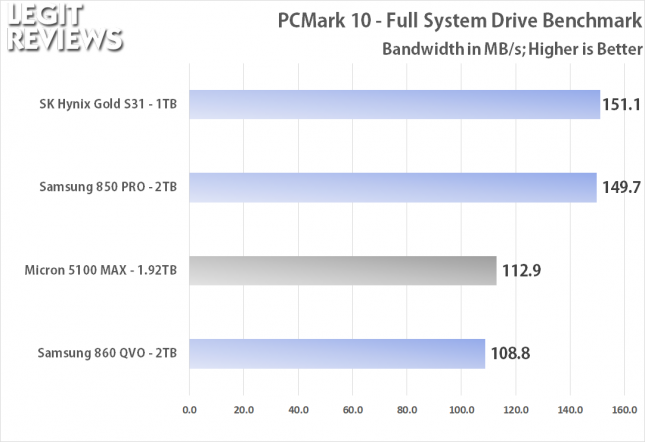 The PCMark 10 Storage Benchmarks overall score is calculated from the bandwidth and average access time sub-scores. The bandwidth subtest is defined by UL in PCMark 10 as bandwidth = bytes / busy_time_for_read_and_write. Here the Micron 5100 MAX 1.92 TB drive finishes at 112.9 MB/s, which doesn’t seem too bad for an enterprise drive as this is a consumer workload that was released years after this drive came to market. 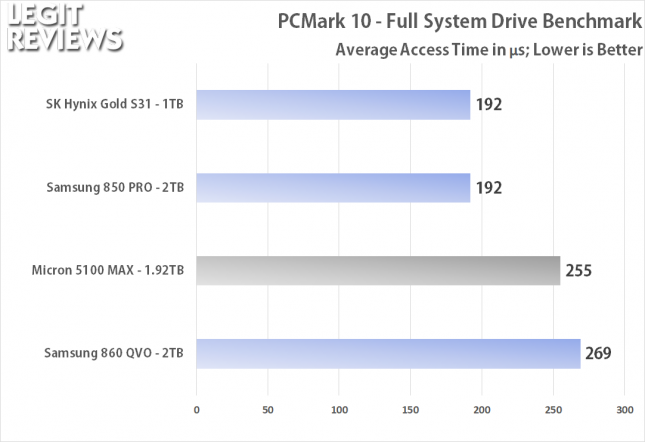