The G910 Orion Spark keyboard is held within a thick black inner box that features a cutout of the Logitech Gaming logo exposing the blue color layer underneath. 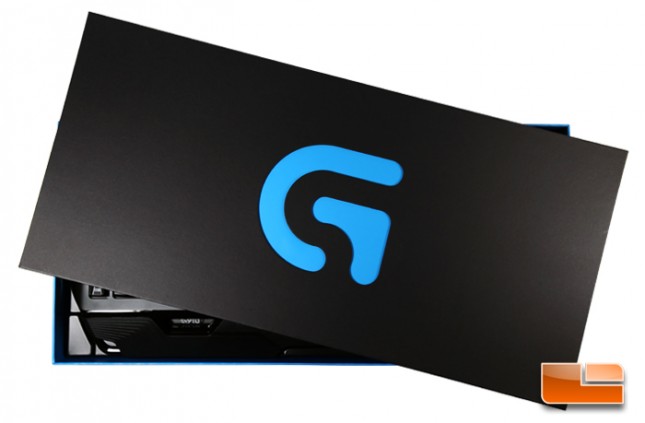 The keyboard comes with an alternate detachable wristrest and short Multilanguage Setup Guide. There are no additional accessories or a driver disk. 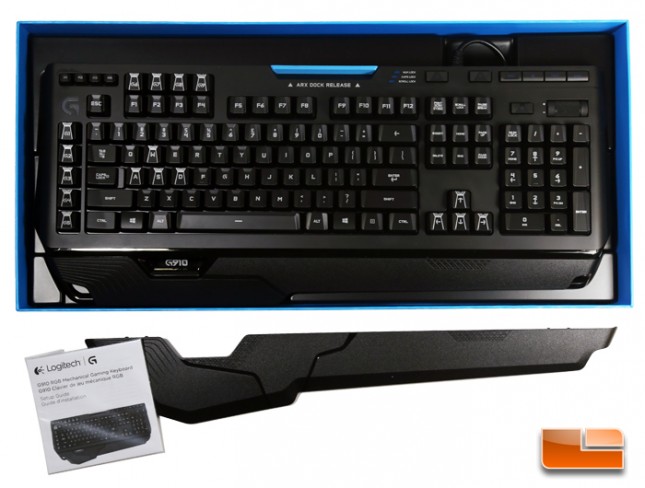 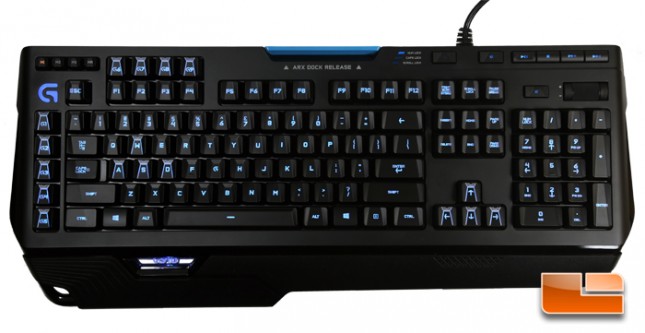 Compared to Logitech’s past illuminated gaming keyboards, the type font on the keycaps is larger and some keys – WASD, the macro keys, and the arrow keys have patterns to let through more light. The top of the keycaps are also larger than most keyboard keycaps which may take some time adjusting. 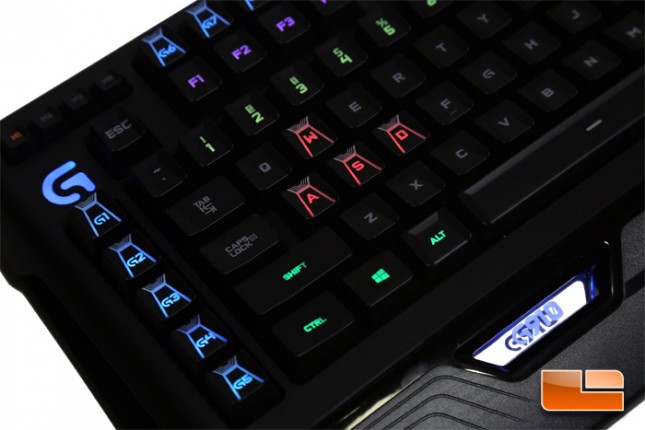 There are a total of nine dedicated macro keys. Five of those macro keys are placed to the left and the remaining four are positioned above F1 through F4. The three macro profiles can be toggled at the press of one of the yellow backlit M1-M3 buttons at the top left. 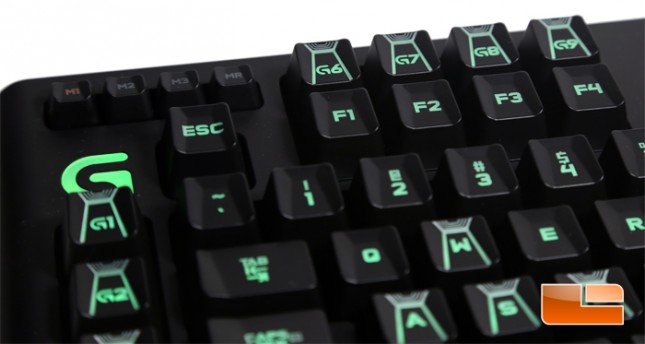 On the top right above the numerical keypad are dedicated media controls. Beneath those is a system mute button and volume scroll bar. To the left of the media controls is a backlight on/off button and a Windows key lock button. The backlight for these buttons as well as the three lock indicators is blue and not RGB. 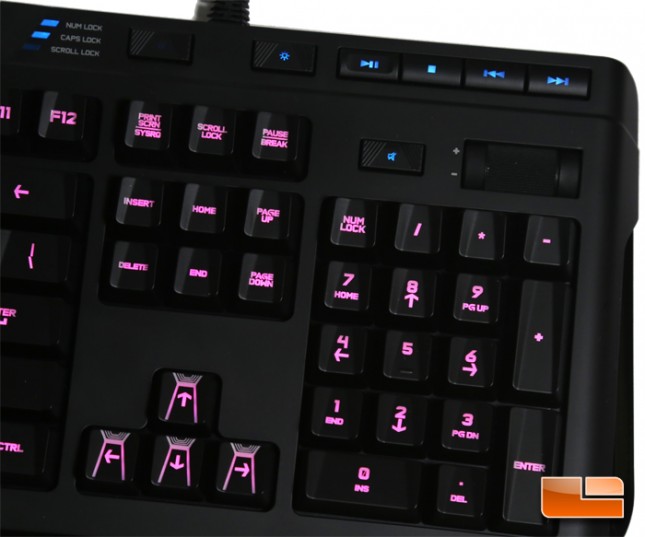 The Arx Dock is a pull-out stand for a smartphone or tablet. The dock is passive and the G910 keyboard does not directly connect to said devices. 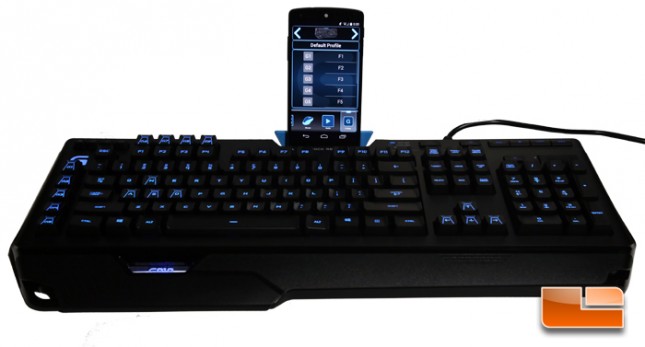 Using the Arx Control mobile app in conjunction with Logitech Gaming Software allows mobile devices to communicate with the computer across a local wireless network (Wi-Fi) and act as an information display. We’ll go into more detail on what Arx Control can do on the next page. 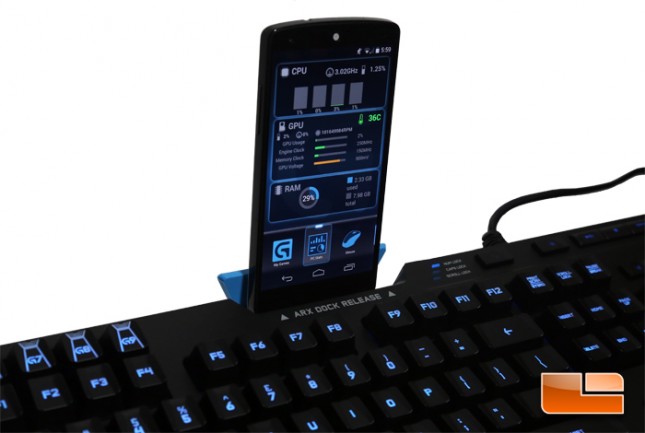 The Arx Dock extends only far enough to accommodate wide devices with thicknesses up to about 1 cm. The space for smartphones is more forgiving and a thick phone or a phone in a case can wedge against the keyboard if it doesn’t fit at the bottom of the holder. 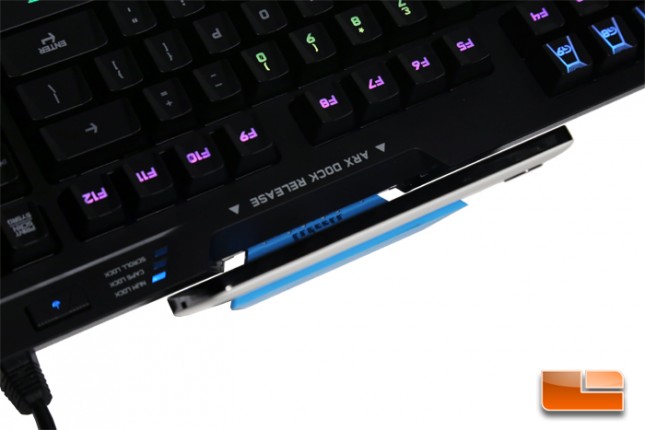 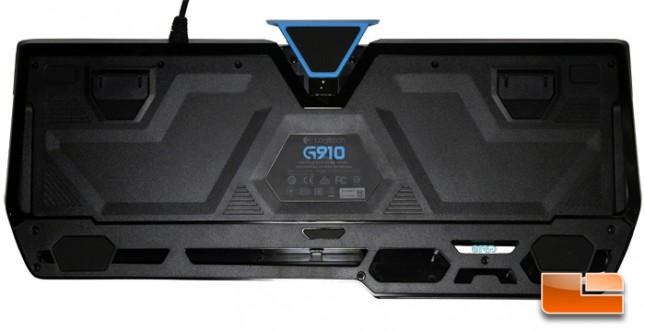 The G910 marks the debut of Logitech’s own mechanical switch design developed alongside Omron. Each switch is made of seven individual parts: a spring, dual contacts to register actuation, and a landing pad to soften the bottoming out of key presses. The feeling of the switch is similar to that of Cherry MX Brown switches mounted on plastic. The shorter actuation distance of 1.5 mm is considerable and almost feels instant the moment the key is pressed past the tactile bump. By comparison, Cherry MX switches have an actuation distance of 2.0 mm. Officially, the Romer-G switches have an actuation force of 45 grams, but after weighting the switches ourselves, we estimate that they have an actuation force closer to 50 grams. Even during usage this is slightly, but noticeably stiffer than the 45 grams needed to actuate Cherry MX Brown switches. This possibly due to a larger tactile bump in the Romer-G. 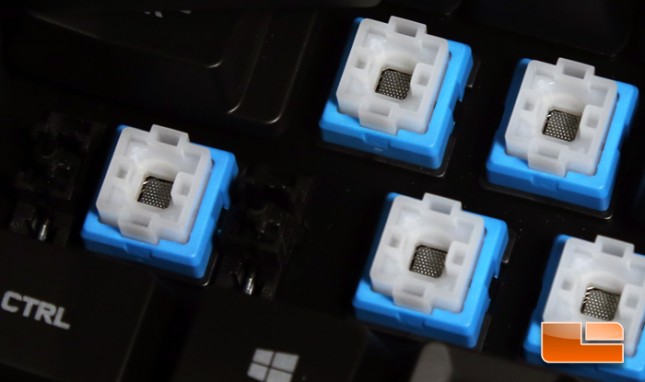 Logitech’s Romer-G switches use a so-called light pipe to focus light to the keycap. The result is that the keycaps don’t shine brighter when compared to other backlit mechanical keyboards. However, the lighting on the font is more evenly distributed even for busy keycaps such as the number keys. 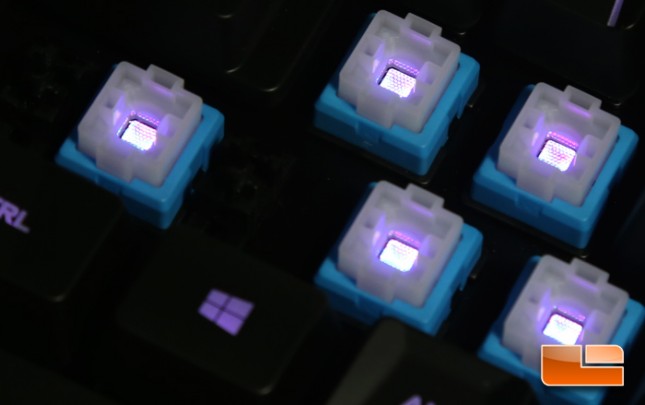 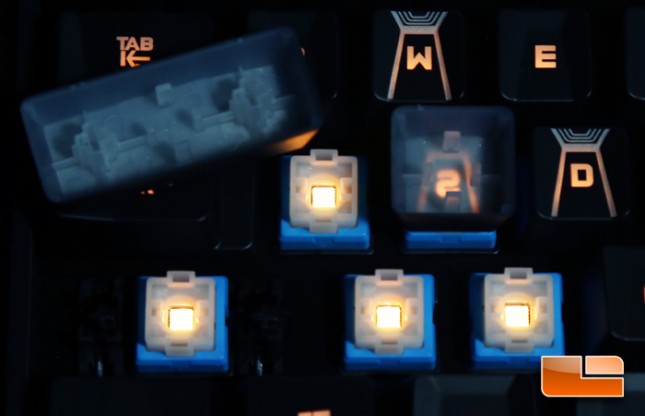 The G910 comes with two asymmetrical plastic wristrests. They angle off from the edge of the keyboard to support the hand in a more ergonomic position. 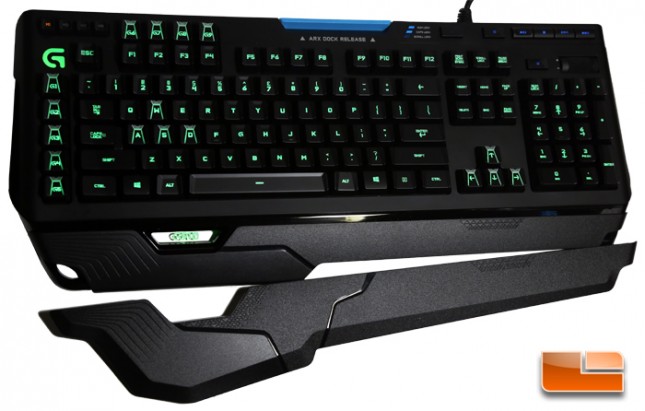 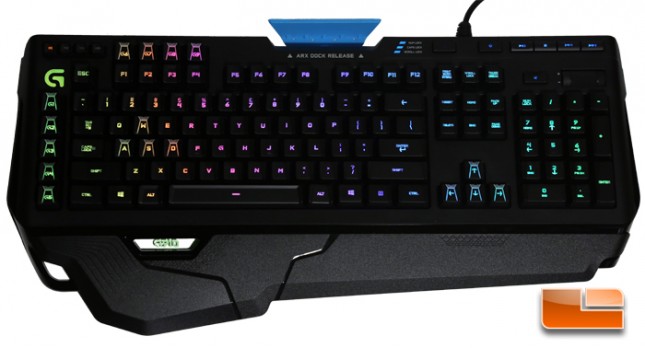 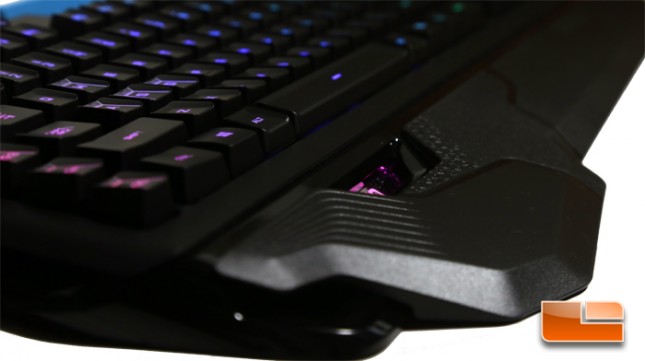 The wristrests are clipped on the top side of the keyboard frame which extends out from the keyboard and effectively restricts the use of other wristrests. 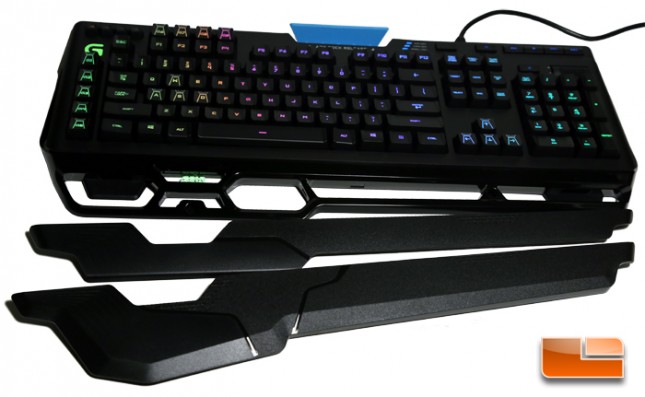