The Logitech Gaming Software must be downloaded in order to fully utilize the G633 Artemis Spectrum’s features including G-Key assignments, LED color settings, and virtual surround sound. This same software program is also used for other Logitech Gaming products. It can be downloaded from Logitech’s support webpage.

The home menu for the G633 features a graphic of the headset with glowing G-Keys. Clicking those keys brings up the G-Key assignment menu which can also be accessed from the bottom row along with the other settings. 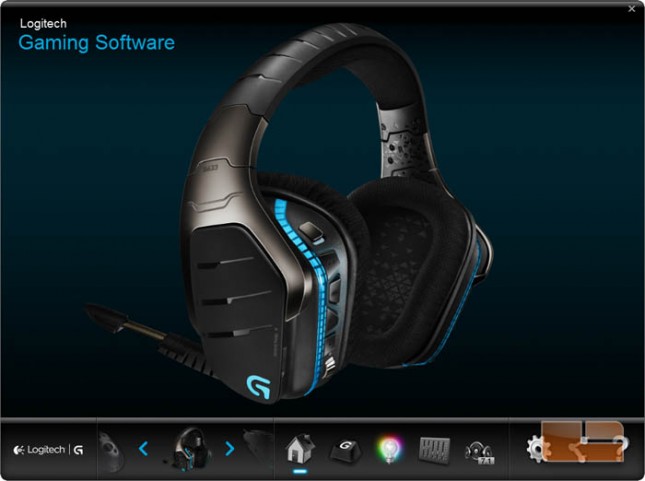 On the G-Keys setting menu, there is a list of commands to the left of the headset graphic that can be modified or assigned to a G-Key. 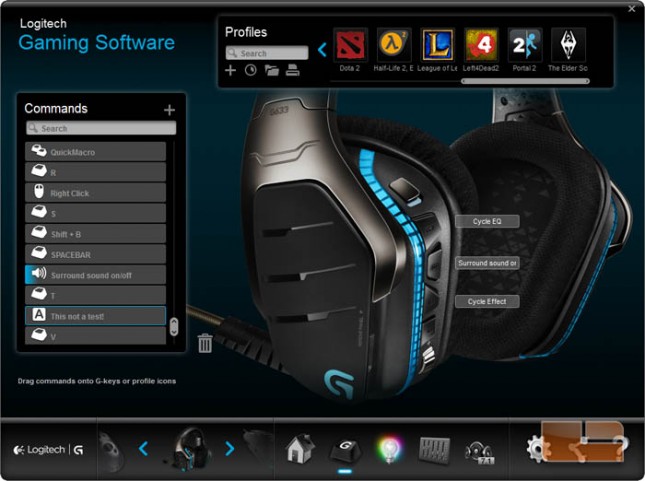 A command can be edited or created to a wide set of functions including media controls, text macros, and program shortcuts. 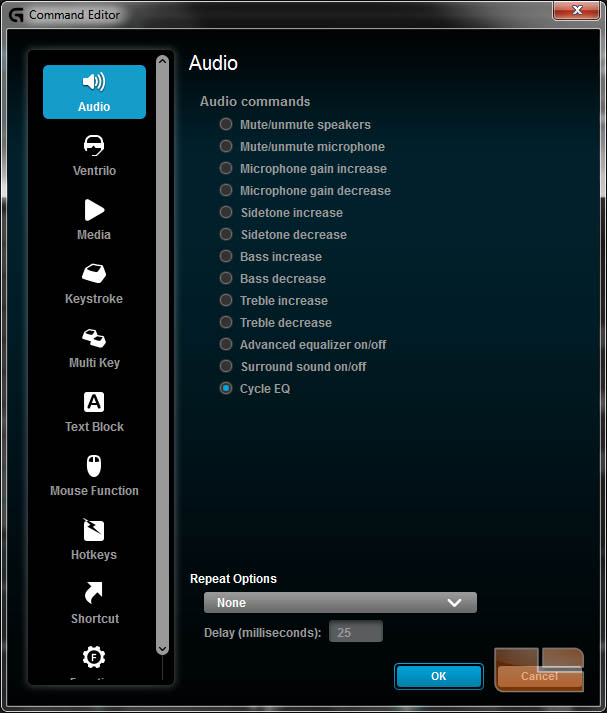 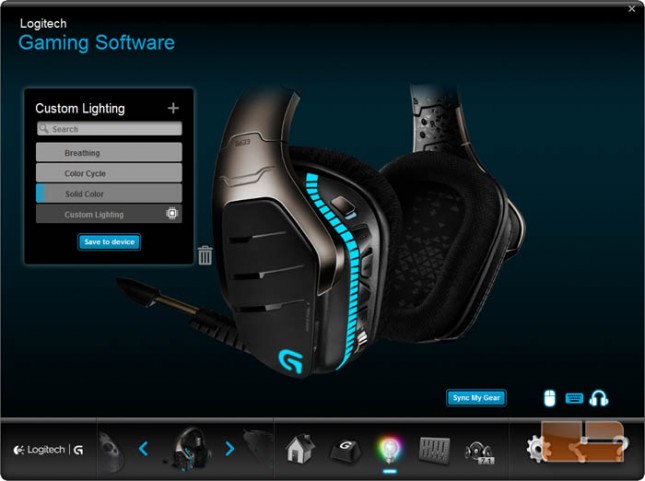 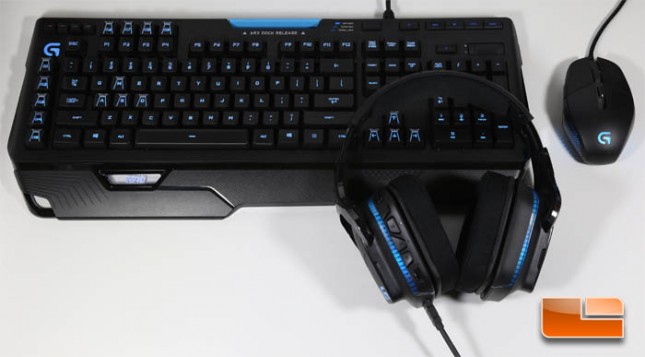 With a custom lighting profile, the user can adjust the brightness, color, and effect of the lights on the headset. Leaving the lighting effect to off keeps the LED lights at a steady glow. 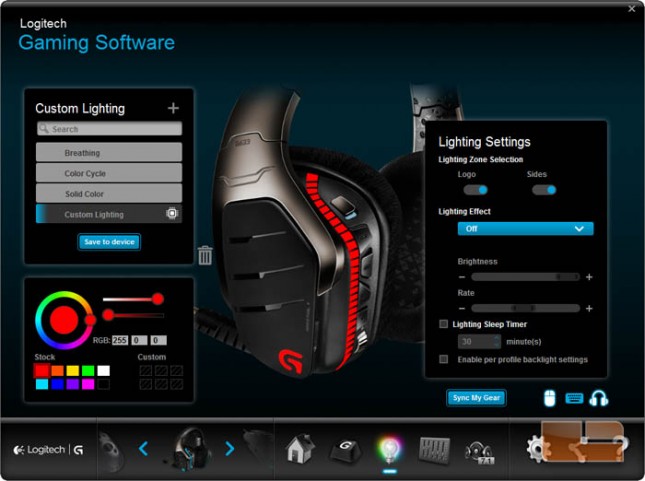 Other menu options include per-profile settings and Lighting Sleep Timer which turns off the LED lights after a set idle time. 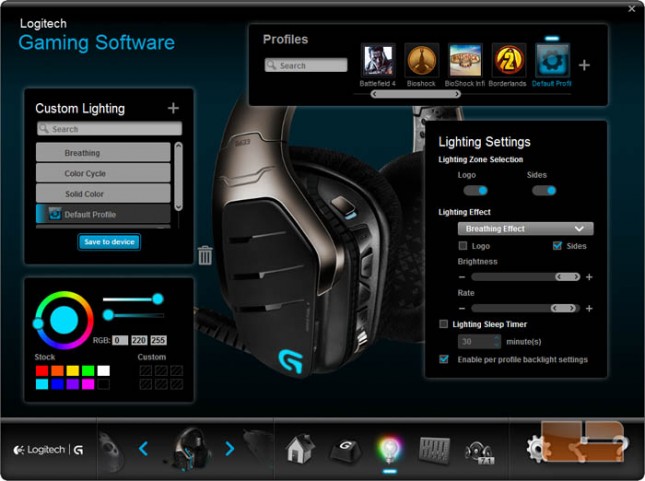 The breathing effect lighting effect causes either the logo light zone or the side light zones or both to pulse on and off at a certain rate in the settings. 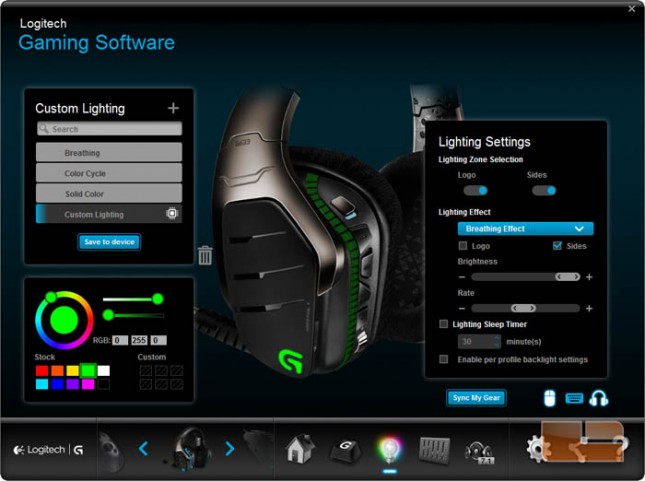 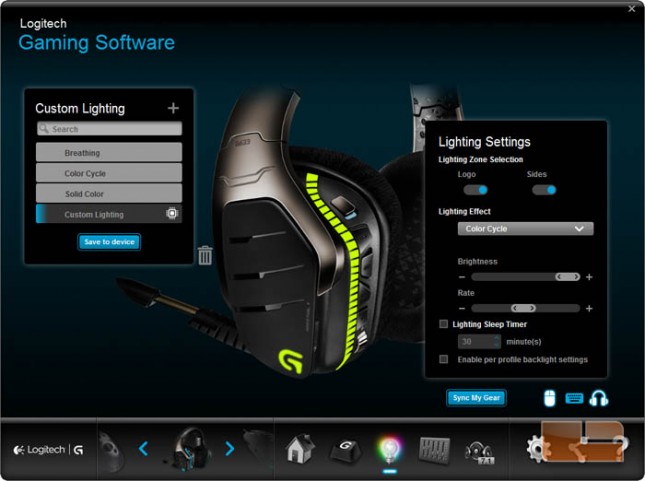 A volume level and equalizer menu controls the system volumes of the headphones and microphones as well as providing a simple equalizer and an advanced equalizer. To the left is a list of equalizer presets and custom sets. 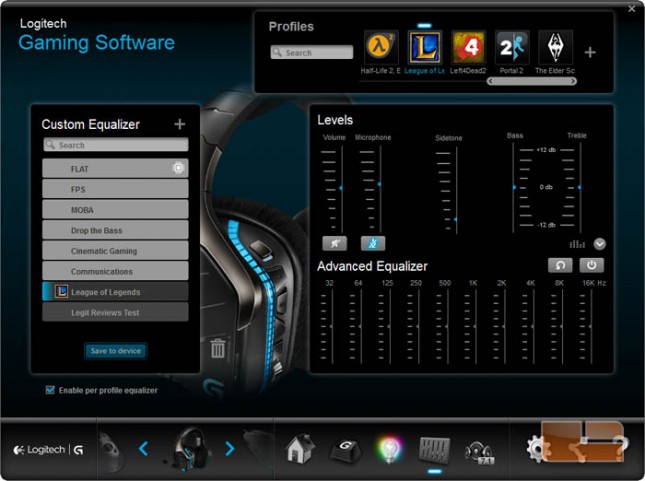 The G633 features 7.1 virtual surround sound implementations from Dolby and DTS. During our listening, there wasn’t any substantial difference in positional audio so it is probable that the virtual surround is upmixing the stereo input to simulate the sound of a spacious room with speakers. 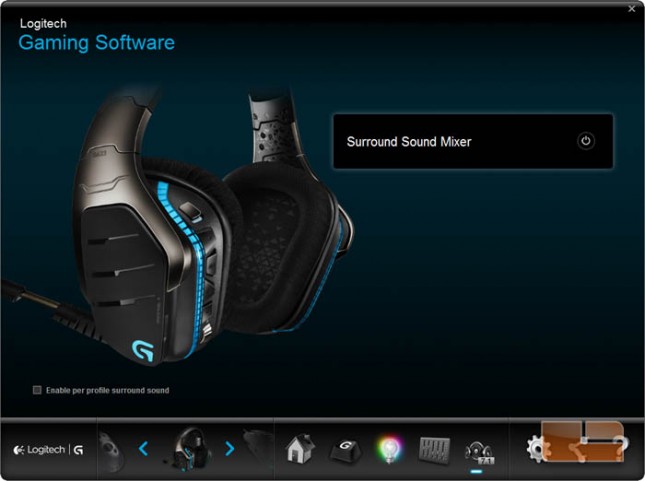 Turning on the surround mixer, we see there is a slider for toggling between DTS Headphone:X and Dolby Surround Sound. 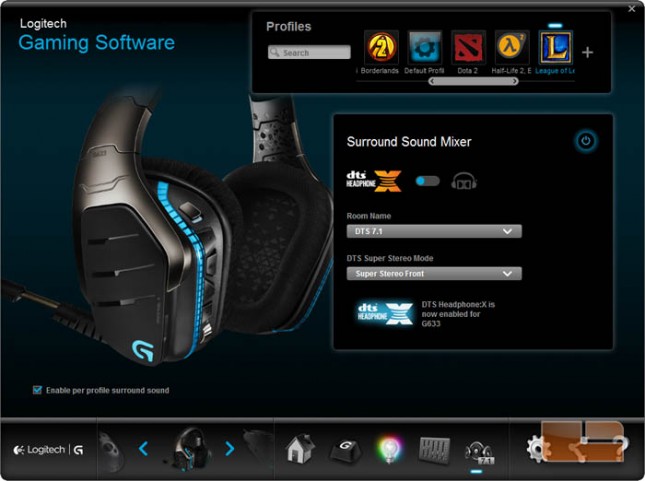 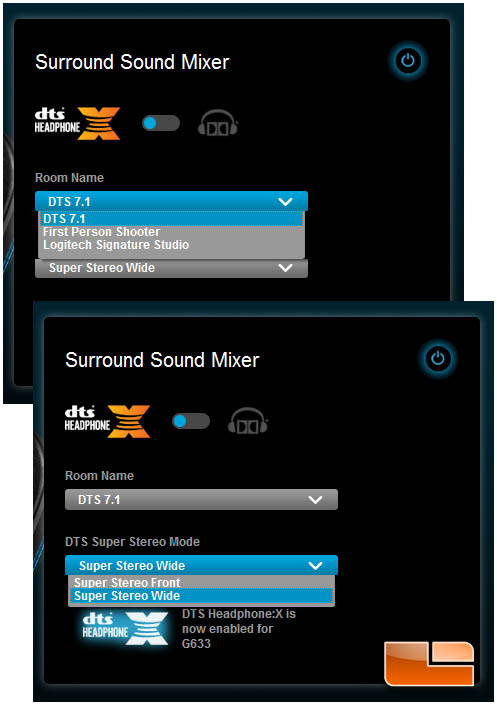 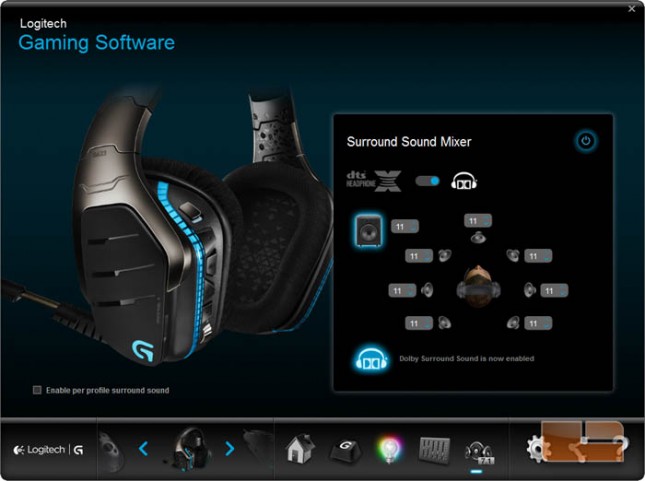