First we’ll talk about the G Pro Gaming Mouse. Right out of the box I noticed a small issue with the braided cord. Well, less of an issue than an unexpected bit of quality control concern. The braided cord had some fraying and while it wasn’t enough to be called damage or put the integrity of the component at risk, it caught my attention immediately. Twenty seconds and a pair of scissors later it was taken care of but it’s not what I would expected from a professional grade, $70 mouse. Just doesn’t give you that warm fuzzy feeling right off the bat. 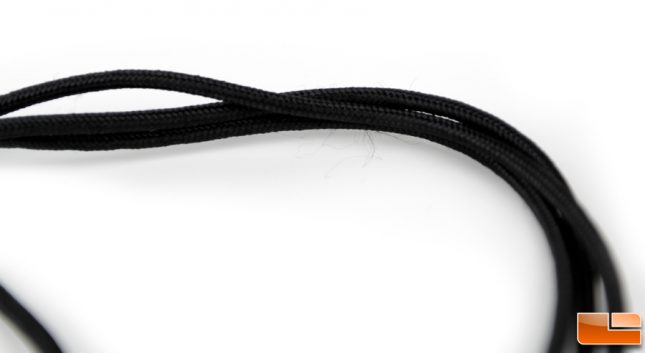 I’ve reviewed a handful of other braided cable mice and own a handful more that I’ve purchased retail and I’ve not noticed this on any other mice I’ve received before though I can’t say that I was specifically looking for such a thing. This just happened to jump out at me, especially with the white background area I was using for photography. All in all, it’s a small matter and has absolutely no impact on the use or performance but this is a product review and disclosure and transparency is always prudent. After careful inspection, I saw no other issues with the remaining six feet of cord or obvious defects of any kind on the rest of the mouse so chalked it up to a minor production aberration and moved on.

Now that we’ve put that little bit of business behind us, we’ll get back to the unboxing and zoom in a bit closer on the business end of the device. The mouse itself was packaged nicely with nothing other than a small safety, compliance, and warranty brochure. Nothing fancy, very straightforward just like the product itself.

Checking out the exterior of the mouse, it’s pretty standard and not particularly eye-catching in design but remember, this is a function over form device so Logitech didn’t set out for it to win any beauty awards. That said, it’s not unattractive, just utilitarian in appearance with the normal left/right buttons, forward/back thumb buttons, a button behind the scroll wheel which itself acts as a button as well, so six in total. It’s more or less symmetrical in shape save for the forward/back buttons protruding slightly from the left side. This means it can be comfortable for both lefties and righties though the thumb buttons aren’t such for lefties but I would imagine many are used to that by now. It’s comfortable in the hand and favors a claw type grip for all except those with the smallest of hands as it’s relatively diminutive for a gaming mouse, measuring only 116.6 x 62.15 x 38.2 mm and weighing in at 83 grams (mouse only). This puts it at the low end among its peers for weight but imparts the user with precise control using just fine motor skills as it doesn’t need to be muscled around and fatigue should never be a factor. Those that favor a heavier mouse are out of luck as there is no customization available in that area unless you want to kludge on some steel washers with duct tape, hillbilly style.

The stylized G logo sits prominently towards the rear, up front are the scroll wheel and by default, DPI button. This logo lights up along with the decorative arc that meanders the rear perimeter of the mouse. The scroll wheel area isn’t lit and the wheel is ridged with horizontal hashes save for a smooth strip in between. It’s also flat from edge to edge whereas many mice are arched at least slightly and I found myself liking the flat surface as it gave more accessible surface area for the finger to use. At least it felt that way to me. Logitech told us that the feel and movement of the wheel was specifically designed based on feedback given by their team of eSports gamers. It definitely has a nice feel to it with enough resistance to not accidentally scroll too quickly yet not so hard that it become burdensome. The DPI button has a crisp feel and simply cycles through the preset (default or user defined as we’ll see later) DPI values. No indicator lights to show exactly which preset is active but if they are spaced enough, you should be able to tell by feel alone. 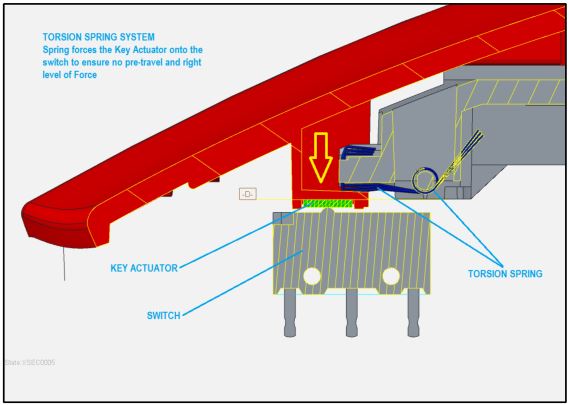 Another feature Logitech was keen on talking about is their torsion spring system for the left/right buttons which helps keep a consistent click resistance even over time. Many mice rely on deformation of the plastic pieces used for the button surface to provide the resistance and obviously that would tend to fade over time as the plastic weakened. I found the clicks to be very crisp and light, almost too much so for everyday, non-gaming use as it doesn’t take much pressure at all to activate the switches. So a fatigued stray finger could lead to unintended clicks but not as likely when performing focused gaming maneuvers. Clicking the wheel down takes considerably more force in comparison which I found to be handy as a mad scroll attempt could easily turn into a click with lesser resistance. 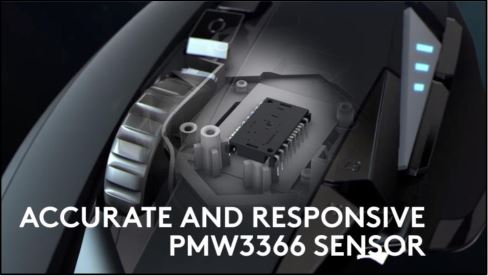 Finally we get to what mice are heavily scrutinized for and that’s tracking. The G Pro has the PMW3366 optical gaming sensor onboard with sensitivities ranging from 200-12,000 DPI to handle those duties. Viewed as one of the best sensors on the market, Logitech employs it with no smoothing or filtering to prevent any sort of lag introduced by such features. They also eschew pixel rounding to further dial in the accuracy of the sensor in relation to actual movement and top it off with Delta Zero technology that Logitech describes as “special lens design, precise illumination geometry and advanced image processing algorithms” that mitigates the need for mouse acceleration – though that is an available option in the software. So with all of that fancy, sweet tech talk how does it actually perform? In a word, excellent. I never observed any perceived lag, tracking issues, or anomalies in performance. It worked on every surface I threw at it from a gaming mousing surfaces to bare wood and even paper. The four feet kept movement smooth and consistent. I could probably use this as an everyday mouse if I was limited financially but it wouldn’t be my preference as for general computing, I prefer a wireless model and also really like Logitech’s free-spinning scroll wheel mode they offer on some of their other mice. It’s just a great tool for navigating long spreadsheets, documents, or even web pages. However, it could definitely be used on a full time basis.

The RGB lighting is probably the only feature that could be considered extraneous as it serves no real purpose other than aesthetics but I guess you could say it doubles as a power indicator. I’ll get into the lighting more in the software section of the article but suffice it to say that the RGB lighting was vivid and accurate in color representation as compared to other mice I’ve used. There just enough lighting to give it some extra visual appeal but not so much that it becomes garish and honestly, those interested probably have RGB as one of the last features on their list if they are looking for in a gaming mouse. Last but not least, there’s also onboard memory to store configuration data from the software so if using on a host machine without the Logitech Gaming Software installed or in instances of competitions that limit installed software, all of the user’s preferences are still accessible and ready to go.

Let’s move on to the mechanical keyboard now!