Benchmark Results: On our desktop PC that uses an ASUS Z97-A motherboard with Windows 8.1 along with ASUS USB 3.0 Boost drivers we found decent performance numbers with the latest UAS Protocol (UASP) drivers installed! WCrystalDiskMark showed that we were up to around 95MB/s sequential read and around 11MB/s sequential write on both drives. I 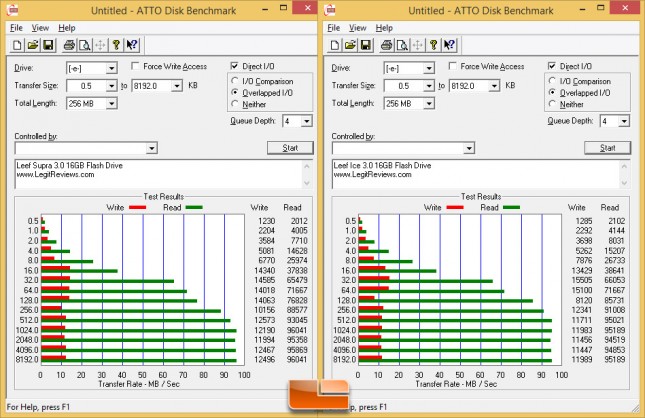 Benchmark Results: On ATTO with USAP installed we were getting around 95-96MB/s read and 12MB/s write.

What happens if you use this drive on a USB 3.0 platform that doesn’t have USAP installed? We also tested that out the USB 3.0 port on an ASUS UX31A Ultrabook running Windows 8.1 . 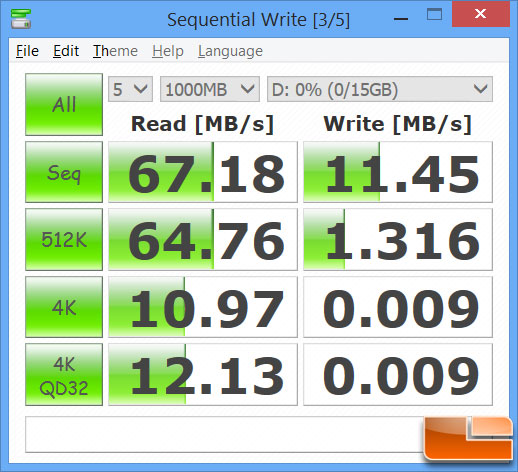 Benchmark Results: We got around 67MB/s sequential read and 11MB/s sequential write on CrystalDiskMark, which is around 30MB/s slower than with USAP. Not many systems have USAP installed, so this might be a more realistic number when you are using the drives out and about in the real world. If you want to get the most from your USB 3.0 devices you’ll want to ditch the traditional protocol (BOT) that does just a single command at a time and switch over to the UAS Protocol (USAP) as you can do multiple commands at a time.