One thing that I need to point out is the fact that the MLW G2 continues to work when you plug it in via a USB cable.  Some devices discontinue use while charging, so I was extremely happy to see this work while plugged in.  The only negative thing that I could find with this setup, is when you’re plugged in and WiFi is on the card reader functionality does not work; You will need to turn off the unit for this to work.

I ran a couple benchmarks on the Kingston provided 32GB Class 10 MicroSD card (MBLY10G2/32GB), which can be found on Amazon for $18.95, plus tax where applicable, and with free shipping on qualifying orders.

A look at ATTO Disk Benchmark yielded the following results: 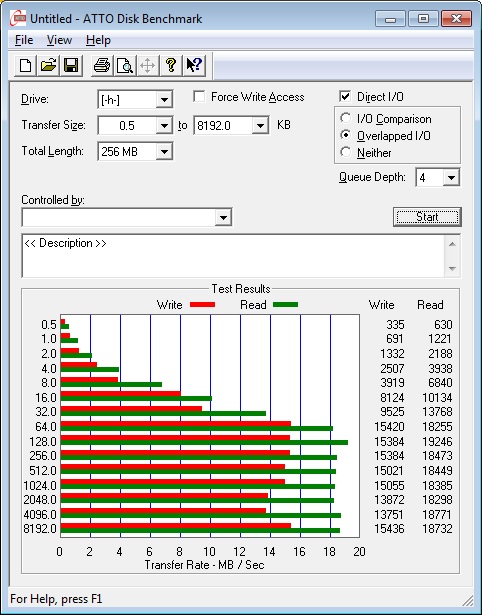 ATTO Results:  This card topped out at approximately 15MBps write and right around that 18.5MBps read.  This is half way decent for a MicroSD card and actually a bit faster on the writes compared to what the previous generation MobileLite yielded us on this same model card. 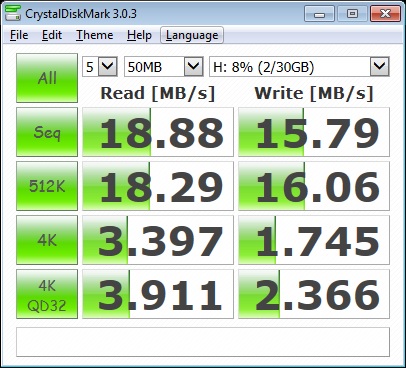 CrystalDiskMark gave us similar results to what ATTO did, so that’s good confirmation that the information is correct.

I moved over a couple sample videos, each in 1080p and encoded with Handbrake, and these videos played absolutely flawlessly on a single device.  There was very little buffering time and zero stuttering.  Frame rates also appeared to be fluid and not choppy at all.  If I wanted to skip ahead with the video, I could do so and have only a short little buffering period.

I also recorded a short 4k video from my phone’s camera and found that 4k is just too much for it and the video kept buffering after 2 seconds of play.  This is a shame with 4k becoming quite available, however you have to also realize that 4k screens on mobile devices are few and far between – let alone the content isn’t really there yet.

When I went to test how playback was on multiple devices, I found that I could connect my two laptops, ASUS Transformer Prime tablet, and my old Galaxy S3 up to the G2 and stream a 1080p video with ease.

Now just a few short paragraphs ago I mentioned that I had no stuttering, however this is when I was close to the MobileLite G2.  I noticed that when I walked away with the MLW G2 and brought it into another room, the video on each device began to stutter until I brought the G2 closer.  I was no more than 20 feet away when I noticed this happening.

Overall, with all four devices connected, I was able to get a whopping 14-1/2 hours of playback, which I’m quite happy with considering Kingston advertises 13 hours of battery life.

I hooked up the MLW G2 to the WiFi network of my AT&T U-verse Gateway, the Motorola NVG589, and tested away.  All of these speed tests were performed on my LG G3 and I was within 3 feet of each device, unless otherwise noted.  I had a very consistent 65 Mbps connection to the MobileLite Wireless G2. 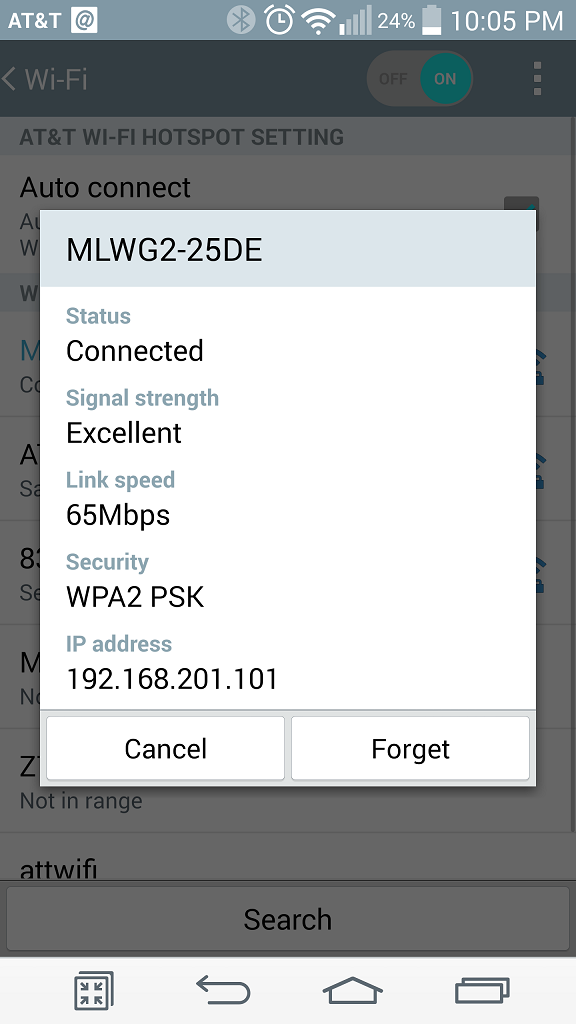 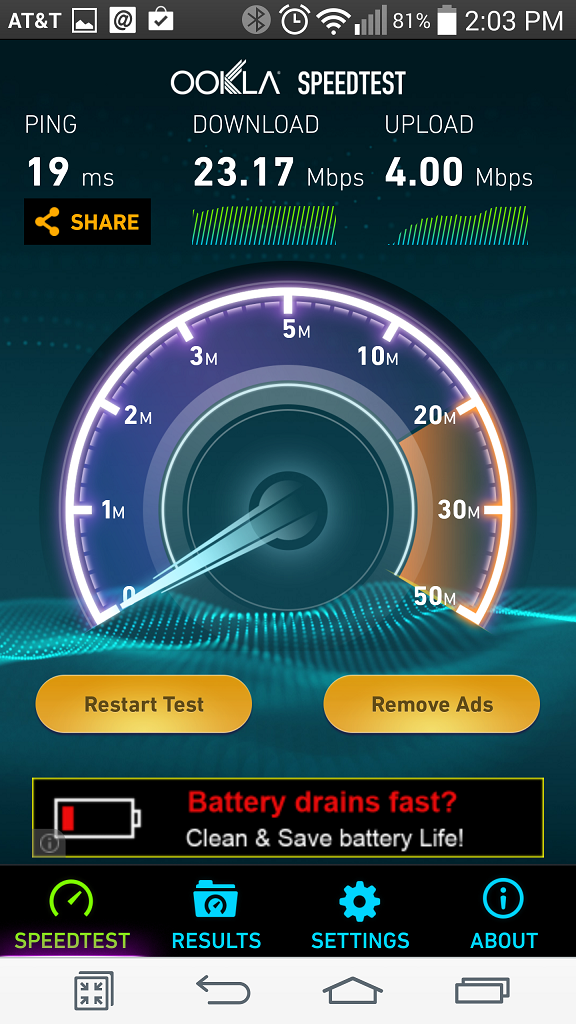 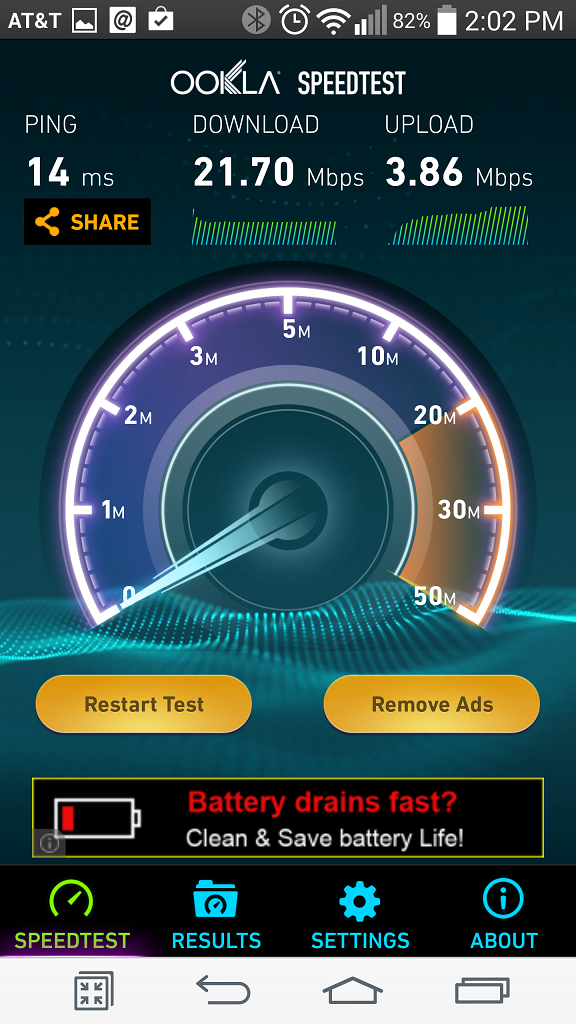 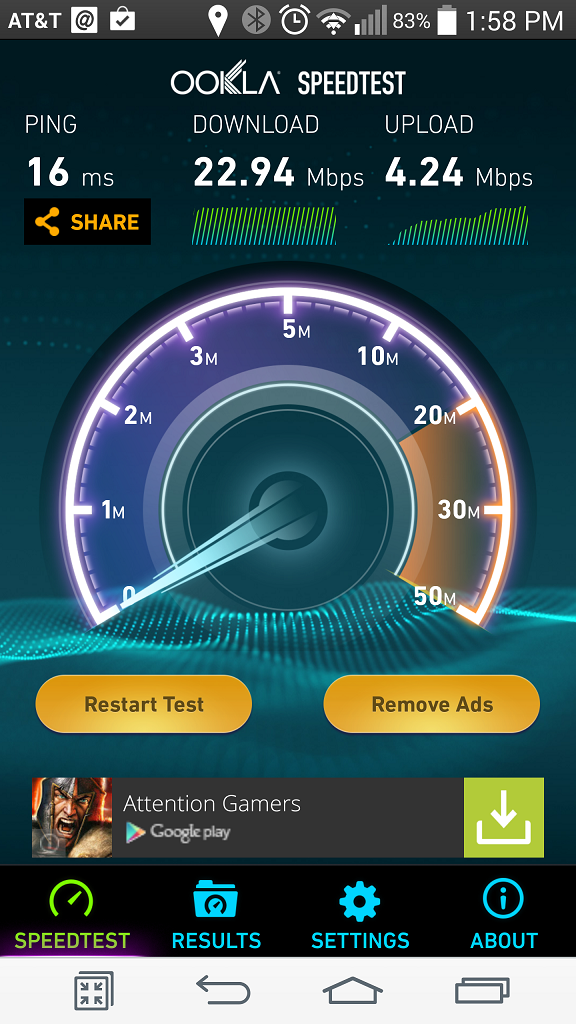 I am astonished that everything was very consistent here!  I’ve had problems doing WiFi bridging with other similar functioning devices in the past, so this going full speed ahead was great!

I took a bunch of photos and various video sizes to see how quickly the MLW G2 could grab or transmit the files.  The “Upload to MLW G2” test is strictly going from my LG G3 Android device to the MLW G2 itself. 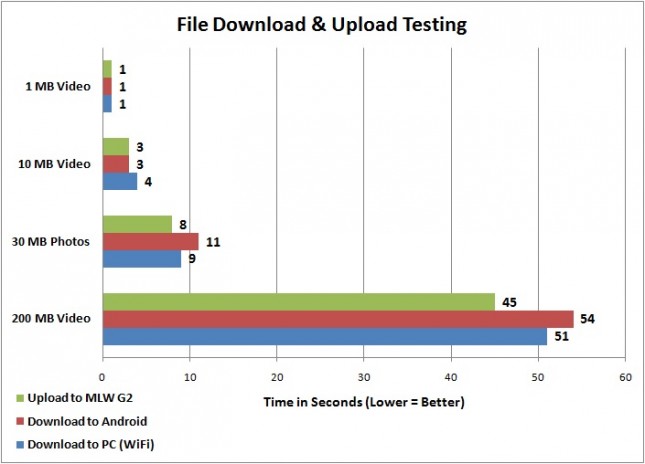 Everything looks great here and the speeds were very acceptable.

This concludes our testing with the MobileLite Wireless G2 and overall it is one impressive device!  Let’s wrap this review up with some final words.