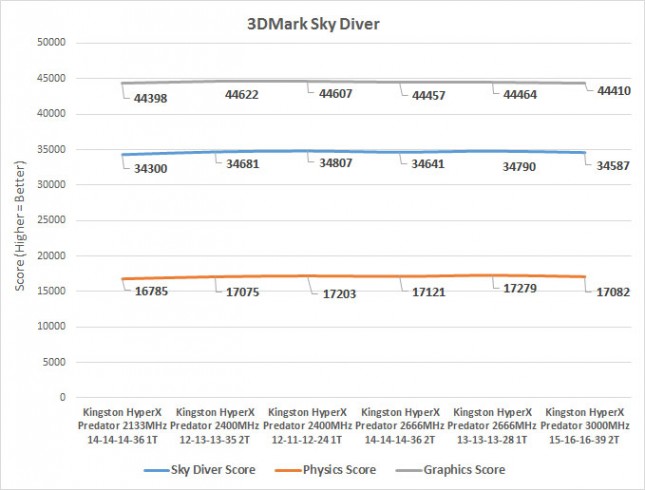 Results: The 3DMark Sky Diver benchmark test didn’t show much difference between the memory kits, but you do see that the performance does go up slightly with the tighter timings and when we were using a 1T command rate. The highest scores were seen on the HyperX Predator 2400MHz DDR4 memory kit overclocked up to 2666Mhz with 13-13-13-28 1T timings.