The Kingston HyperX LoVo memory kit was great to review as we learned a number of things during testing the memory kit.  The first is that not all motherboards have DDR3 (vDIMM) voltage settings that go low enough to support memory kits like this.  This is an easy fix by motherboard manufactures, but it will require a BIOS update in order to support super low voltages like 1.25V. The second thing that we learned is that memory voltages and memory clock frequencies play a serious role in power consumption! To be honest we never looked that close at power consumption at various clock frequencies when keeping the vDIMM and memory timings constant. It was an eye opener to how big of a power consumption difference we were seeing at the wall when going from just 1333MHz with 1.24V to 1600MHz with 1.24V. This was very interesting to see and we hope that you find it informative as well.

The Kingston HyperX LoVo memory kit is a solid product and it certainly has a place in the market. If you are looking to build an energy efficient HTPC or PC in general then this is the kit for you. If you are going primarily for energy efficiency then you’ll want to run the kit at 1333MHz with 1.25V, but our feeling is that 1600MHz with 1.25V is the sweet spot for a kit like this. You get plenty of memory bandwidth and impressive power consumption numbers. We also found that the kit was able to do CL7 and CL8 timings under 1.40V. When raising up the voltage to 1.35V in order to run 1800MHz or 1866MHz the performance goes up just slightly, but you see the power consumption spike up as well since you had to increase the vDIMM.

When it comes to pricing you might be shocked to learn that the HyperX LoVo kit is price competitive with the standard HyperX memory series. For example the Kingston HyperX LoVo 1600MHz CL9 1.35V 4GB memory kit runs $135.99 and the Kingston HyperX 1600MHz CL8 1.65V 4GB memory kit runs $139.99. You will need to sacrifice having tight timings in order to get the low voltage memory kit. If you are a gamer or enthusiast that wants the very best performance and doesn’t care about heat or power consumption the HyperX or HyperX T1 series is still the way to go. If you want to reduce heat and lower your carbon foot print then the Kingston HyperX LoVo series is right for you. 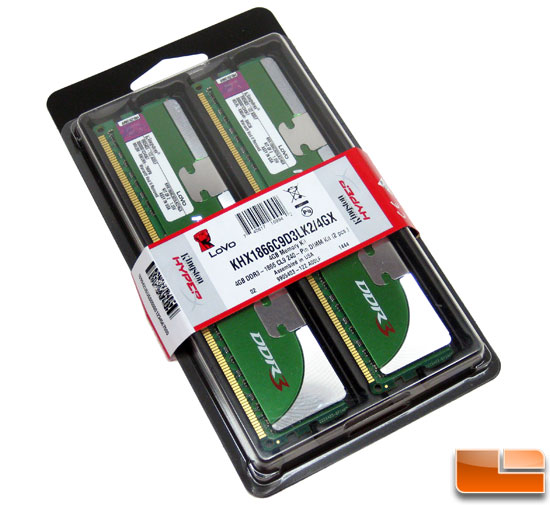 Kudos to Kingston for thinking outside the box and doing something that not every memory company is doing.  We give the Kingston HyperX Lovo kit our Editor’s Choice award as it
pushes the limits of what memory can do by going to do 1.25V!  This is
the lowest voltage on any DDR3 memory kit by any manufacture in the
entire world! The Kingston HyperX LoVo memory kit is something new and it should appeal to most enthusiasts or those just looking to build an energy efficient PC with memory by Kingston
Technologies. We hope that Kingston comes out with more than just dual channel HyperX LoVo memory kits in the near future! A kit like this would be great for triple channel or quad channel (Sandy Bridge) motherboards! 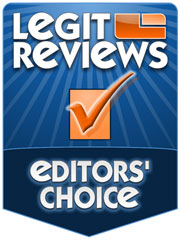