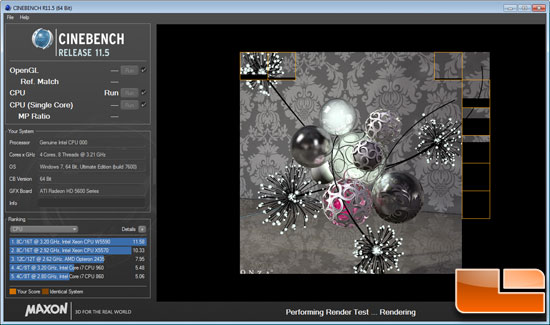 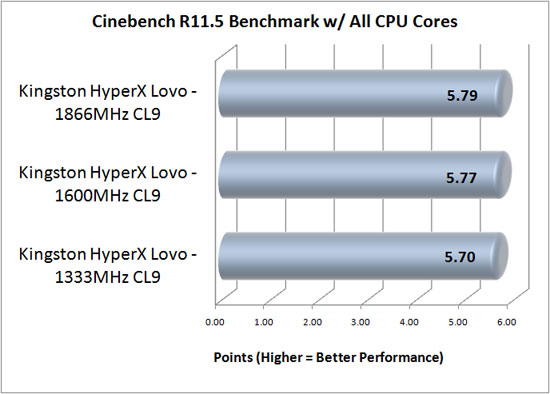 Hyper PI is a nice update to the original SuperPi-mod. The front-end allows selecting multiple threads of SuperPi to be run at the same time so you can test the stability on multi-core machines. Another wonderful feature is its ability to temporarily disable certain Windows Vista and 7 features to prevent SuperPi from crashing! So if you are having trouble with Vista or Windows 7 then this is the version for you. 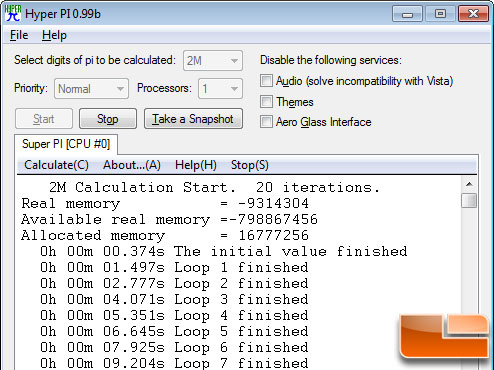 We ran Hyper PI 0.99b to two million places and on one of the available processors. 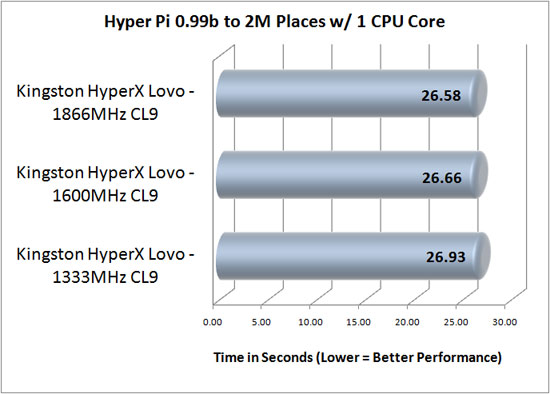 Benchmark Results: Increasing the memory speed was able to shave off nearly half a second when running Hyper PI to two million places.