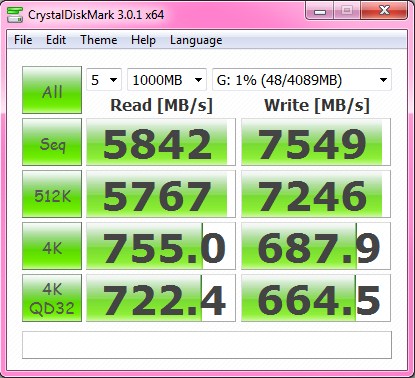 RAMDisk testing was performed with a 4092 MB drive while using a portion of the memory as a storage device. 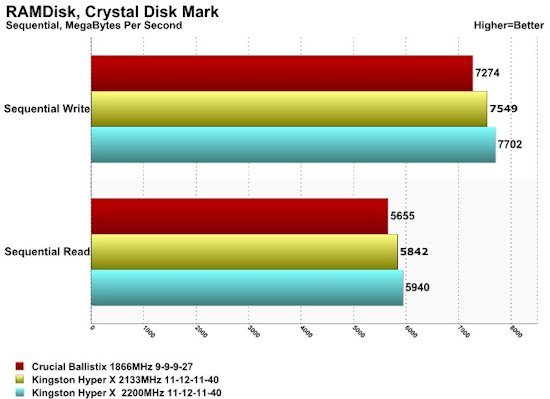 With Crystal Disk Mark Sequential Read/Write testing, we can see that having a higher memory frequency is preferred over then having a lower memory frequency with tighter memory timings. This become apparent when we look at the largest performance increase of 275 MB/s during the Sequential Write testing, and 187 MB/s increase during the Sequential Read testing, when we compare the Crucial memory operating with a frequency of 1866MHz with 9-9-9-27 timings Vs. the Hyper X 2133MHz memory with 11-12-11-40 timings. 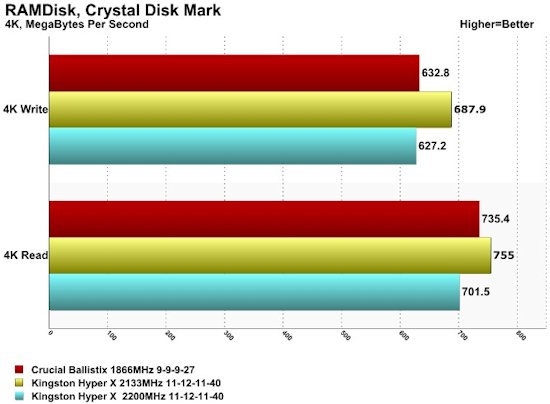 When we start to look at the 4K file writing of CDM even though the Hyper X 2133MHz memory gave us the best overall performance, when I overclocked this memory to 2200MHz we get a small drop in performance, below that of the Crucial 1866MHz memory. Again which is telling me that memory timings is playing a larger role when it comes to the smaller file sizes of 4K. 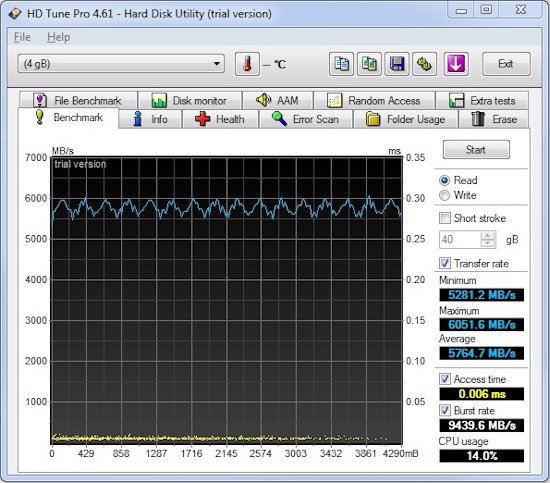 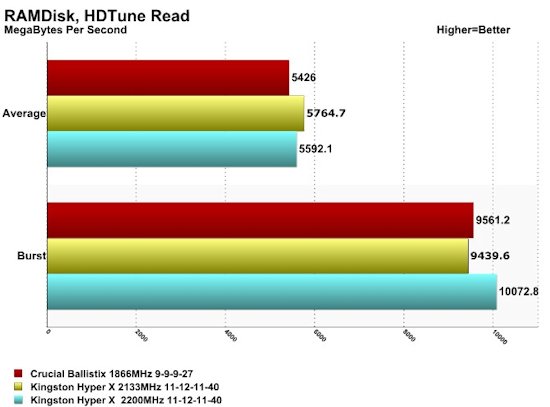 While the burst portion of testing is important to know with HDTune’s testing, the one I am more concerned with is the Average read speeds of HDTune’s testing. Once again the Hyper X 2133MHz memory performs the best, but once I overclocked this memory from 2133MHZ to 2200MHz we see a small drop in our performance. 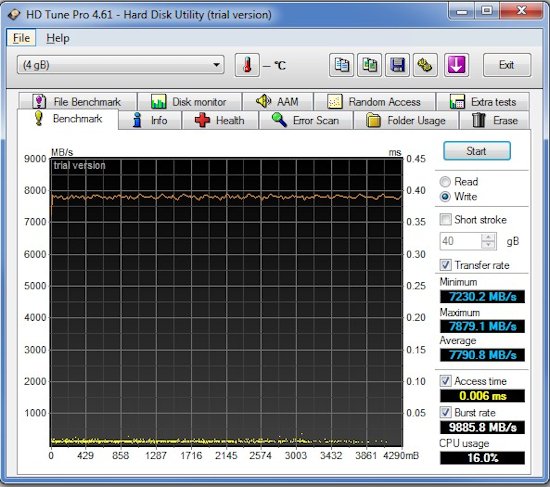 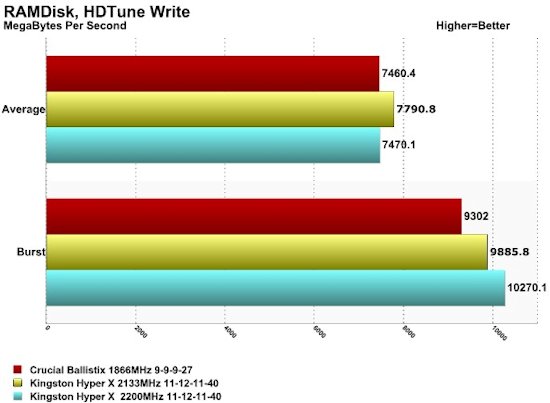 Similar to the Read testing I am only going to be concerned with is the average Write speeds of this test. And, once again the best performing memory was when I ran the Hyper X memory 2133MHz with 11-12-11-40 timings. Similar to HDTune’s Read testing, once I brought up the frequency of the Hyper X frequency to 2200MHz the performance takes a small decrease.