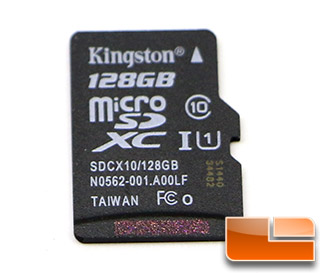 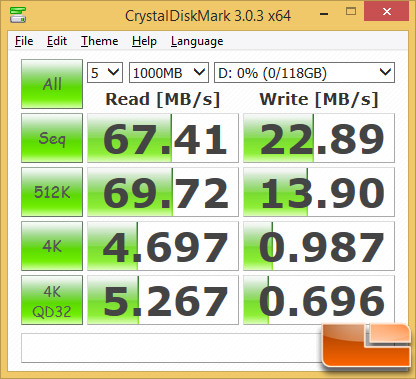 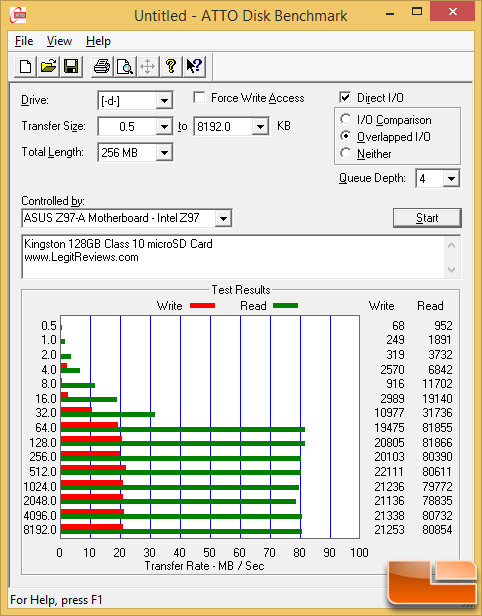 Benchmark Results: On ATTO we were able to get up to 82MB/s read and 22MB/s write, which are solid numbers for a Class 10 MicroSD card! 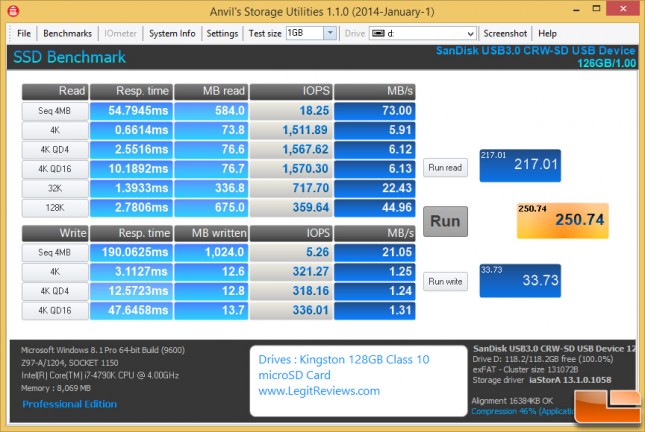 Benchmark Results:  We got 93.00MB/s sequential read and 21.05MB/s sequential write on the sequential 4MB file size tests on Anvil’s Storage Utilities benchmark using 46% compression to simulate applications. These results are not as high as what we saw on the 256GB SDXC card tested on the previous page, but still pretty damn good considering this is a mainstream MicroSD memory card.