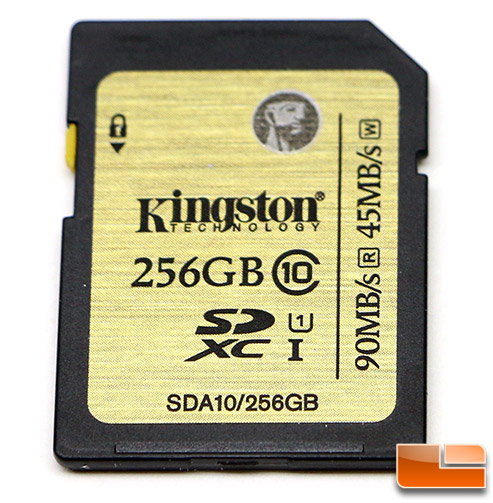 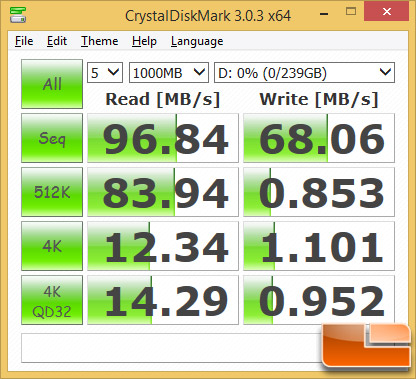 Benchmark Results:  On our desktop PC that uses an ASUS Z97-A motherboard with Windows 8.1 along with ASUS USB 3.0 Boost drivers we found solid performance numbers with the latest UAS Protocol (UASP) drivers installed. CrystalDiskMark showed that we topped out at 96.84MB/s sequential read and around 68.06MB/s sequential write on the Kingston 256GB Class 10 UHS-I SDXC memory card. The sequential speeds are pretty impressive as is the 512K read speed. The 4K Random read and write speeds aren’t that good, but they aren’t really important as this isn’t a boot or application drive in a traditional PC. 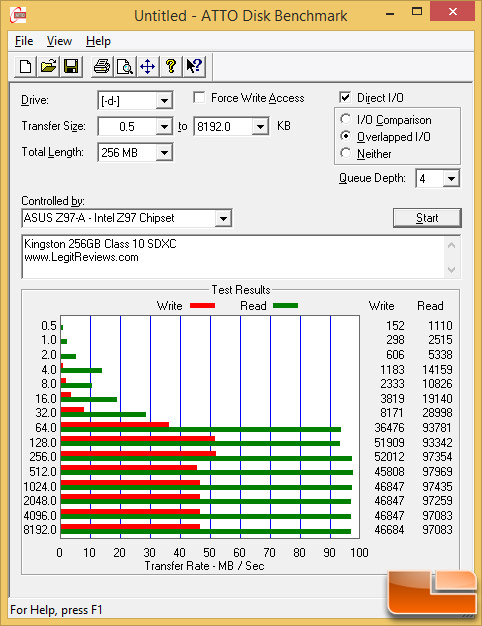 Benchmark Results: On ATTO with USAP installed we were able to get up to 98MB/s read and 52MB/s write, which shows the cards  rated speeds of 90MB/s read and 45MB/s write are indeed conservative! 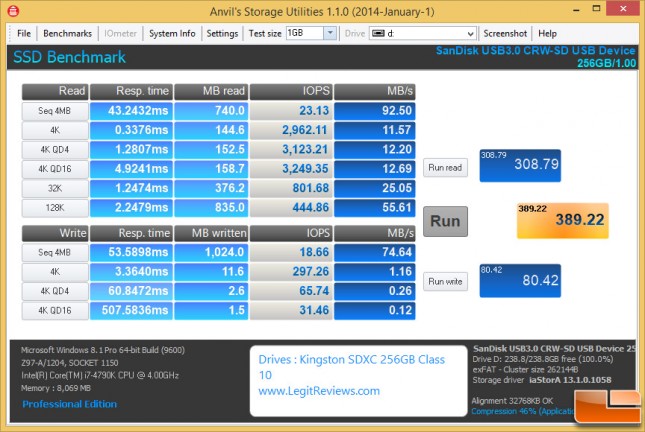 Benchmark Results:  We got around 92.5MB/s sequential read and 74.6MB/s sequential write on the sequential 4MB file size tests on Anvil’s Storage Utilities benchmark using 46% compression to simulate applications. These are very solid numbers for an SDHC/SDXC memory card!