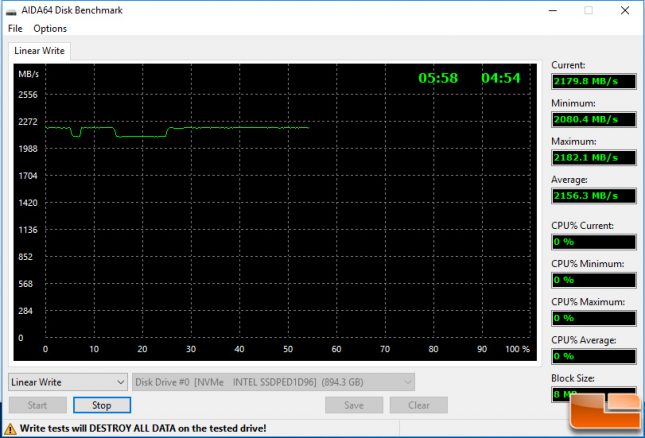 When you take a look at extended sustained write performance you’ll see that the performance started out at around 2180 MB/s and remained there for a bit and then the performance dropped down to around 2160 MB/s before recovering. Our best guess is that the drive was doing some garbage collection or maintenance task when it dipped down.

The Intel Optane SSD 905P 960GB drive  finished our file transfer test with an average speed of 1491 MB/s. This score puts just ahead of the 900P 480GB drive, but still behind several of Samsung’s drives.

To test game load times we use the Final Fantasy XIV: Stormblood Official Benchmark with the game resolution bumped up from the default setting to 1920×1080, which is the most widely used screen resolution by gamers. 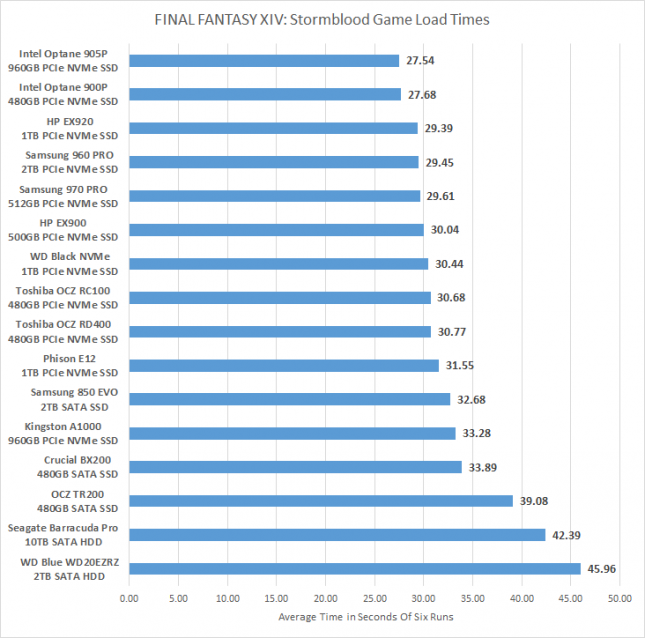