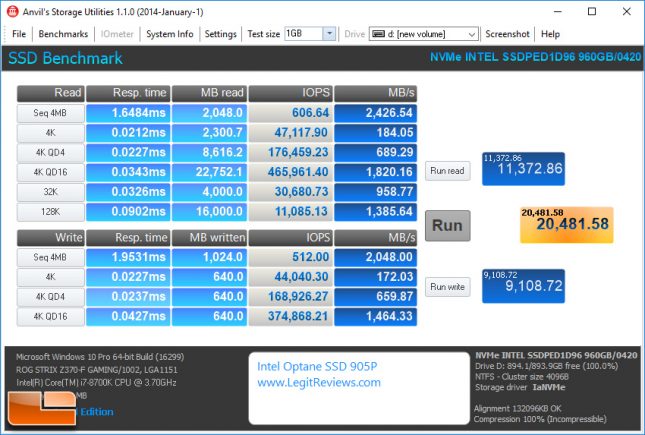 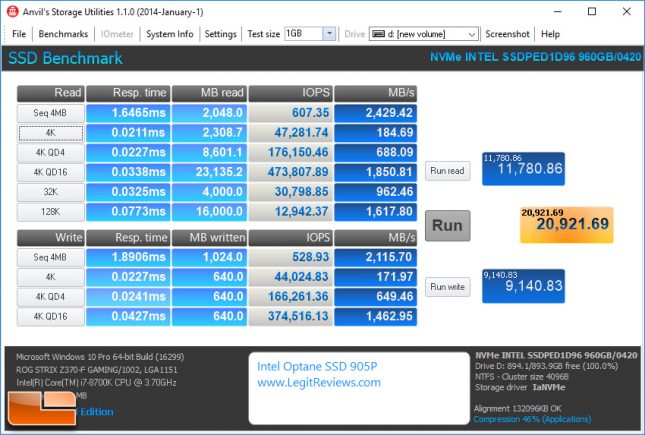 Benchmark Results: With the compression at 46% to help mimic real world applications better we found the overall score was slightly better at 20,921.69 points. 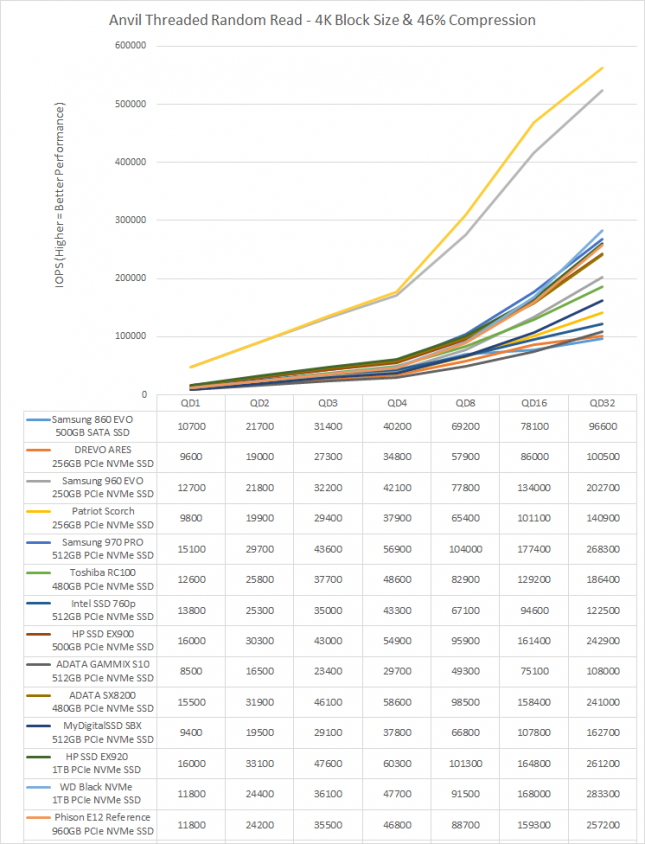 Benchmark Results: When it comes to Random 4K Read performance at various queue depths the Intel Optane SSD 905P 960GB drive can’t be touched by any other models that we have recently tested. 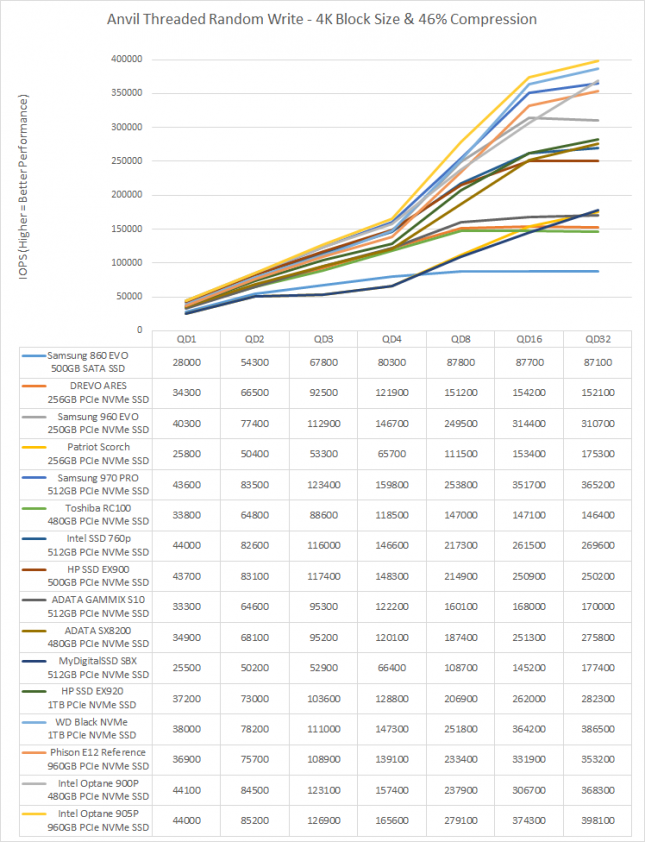 Benchmark Results: The 4K Random Write performance showed that the Intel Optane 905P 960GB drive had the best performance of all the drives again, but the difference wasn’t as large.