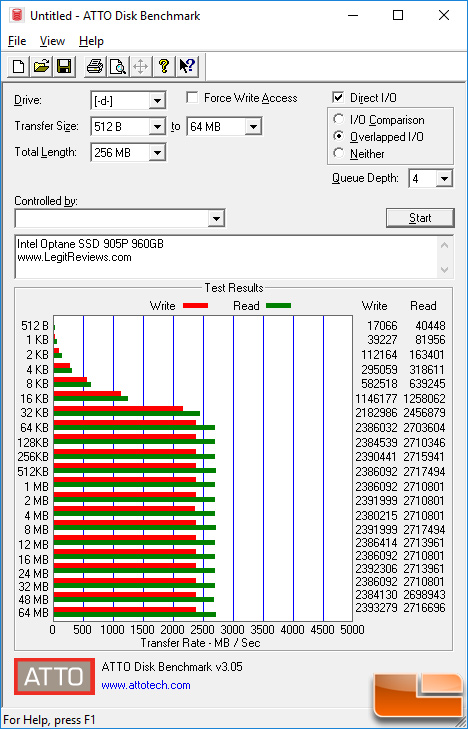 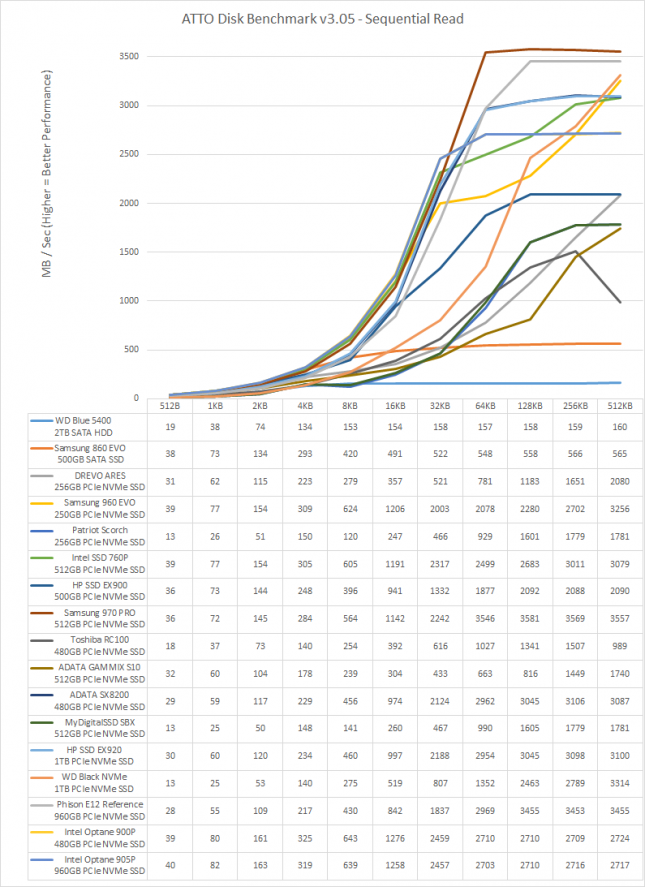 Benchmark Results: Compared to some other SATA III and PCIe NVMe SSDs, the 905P 960GB drive performs well when it comes to sequential read, but a handful of series have now topped 3000 MB/s. 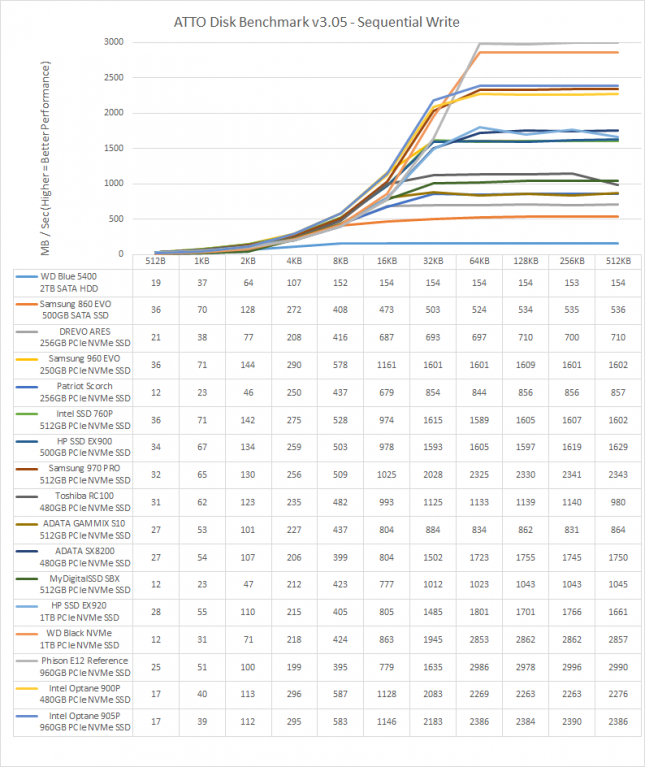 Benchmark Results: The ATTO sequential write performance numbers on the Intel Optane SSD 905P 960GB drive are solid, but are not the fastest available.