When it comes to power consumption we ran Cinebench R20 four times with the a five minute pause between each run while HWiNFO64 was run in the background. 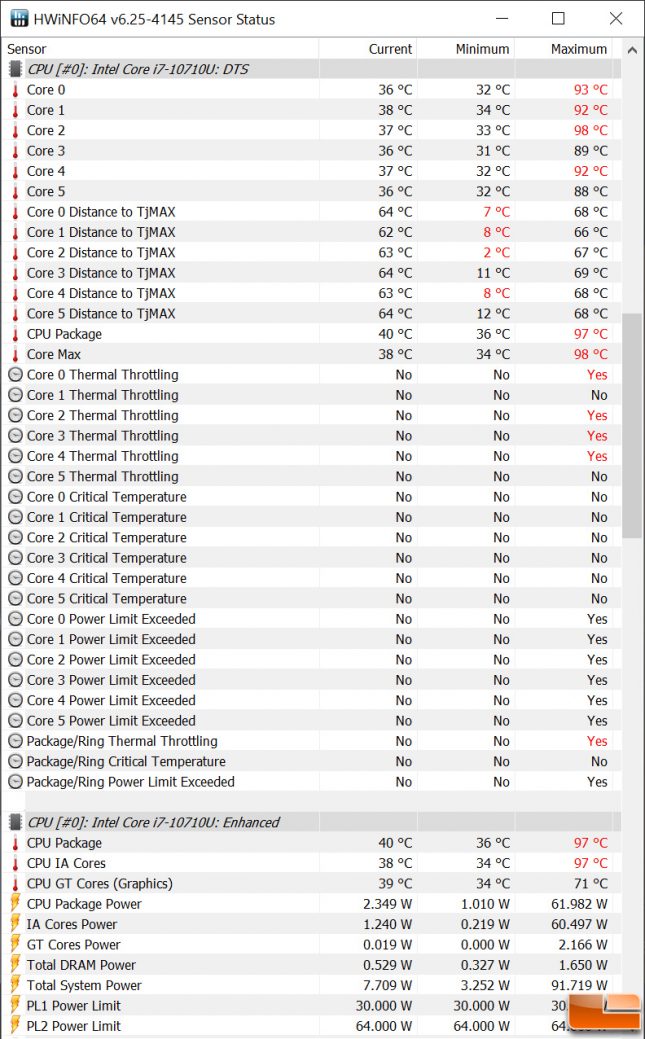 Using the default 2s polling rate we found that the Intel NUC10i7FNHA topped out at 98C on core #2 and the system did thermally throttle during the benchmark. The power limit was exceeded on each core as well, but that is normal for a NUC as Intel generally tunes these tiny systems to reach their power/thermal limits in order to get the best performance from the platform. 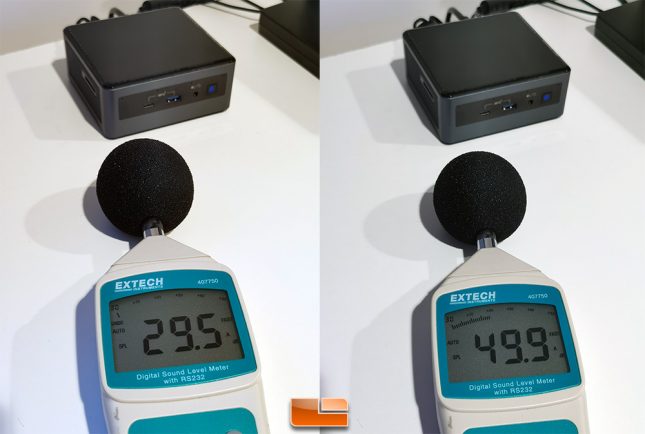 When it comes to the sound level the Intel NUC10i7FNHA was running under 30 dBA at idle, which is lower than our EXTECH sound level meter is accurate at. It is very quiet at idle, so don’t let the open mesh sides be a concern to you about noise levels. At full load with the turbo clocks at their highest the NUC reached 49.9 dBA.