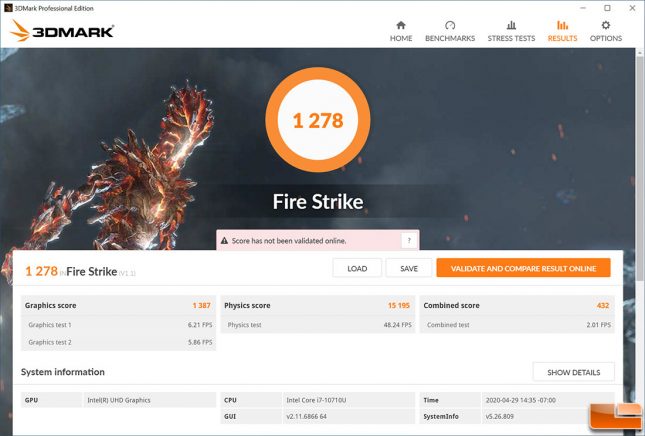 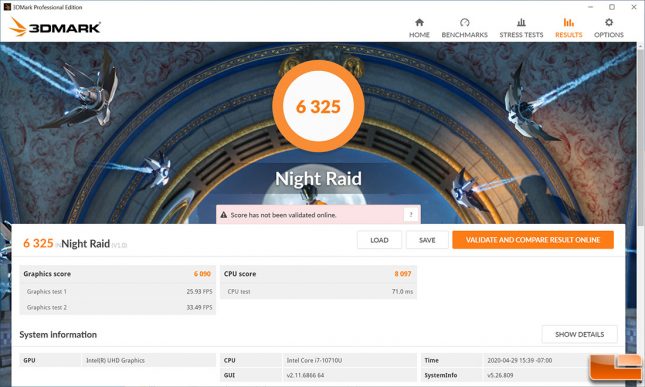 Next we ran 3DMark Night Raid, which is a DirectX 12 benchmark running at 1080P that was designed for PCs with integrated graphics. On this benchmark the overall score was 6,325 points on the overall score. Graphics test 1 came in at 25.93 FPS and graphics test 2 came in at 33.49 FPS. Again, confirming with averages well below 60 FPS averages that this is not a gaming PC by any means. 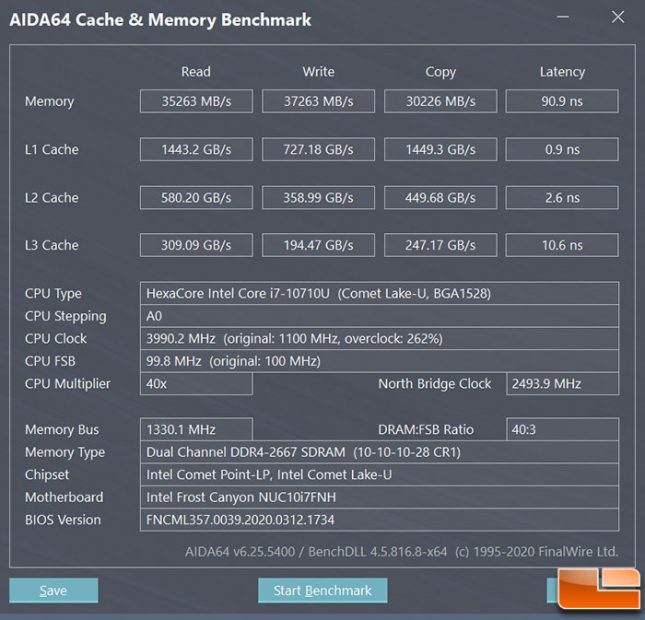 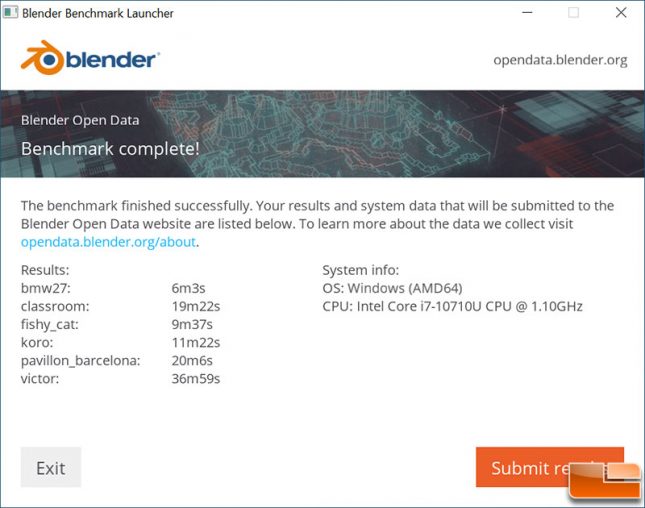 We ran Blender Benchmark on Blender 2.82 and came up with 363 seconds on the popular BMW27 workload. The other results can be seen in the image above. 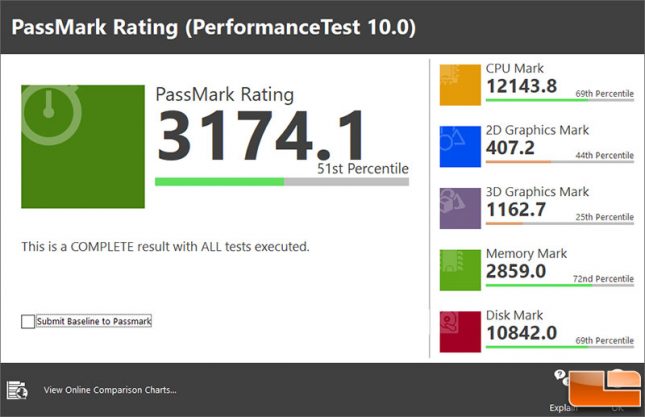 PassMark PerformanceTest 10.0 showed an overall score of 3,174.1 points, which is good for the 51st percentile. The integrated graphics was holding the overall score back as the CPU, memory and storage drive all scored in the 69th percentile or better. 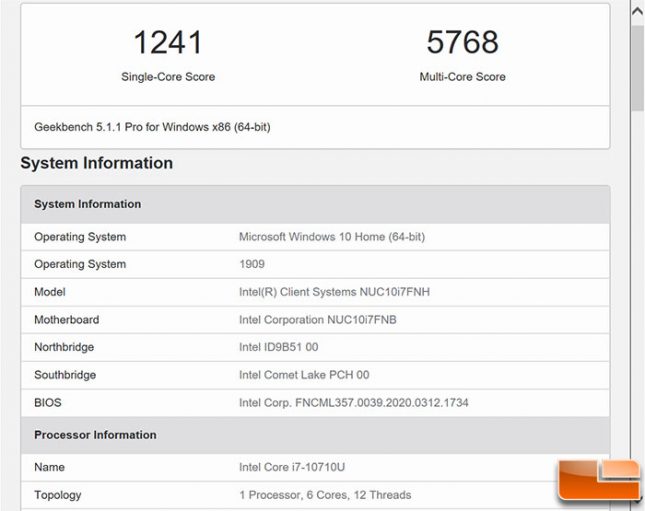 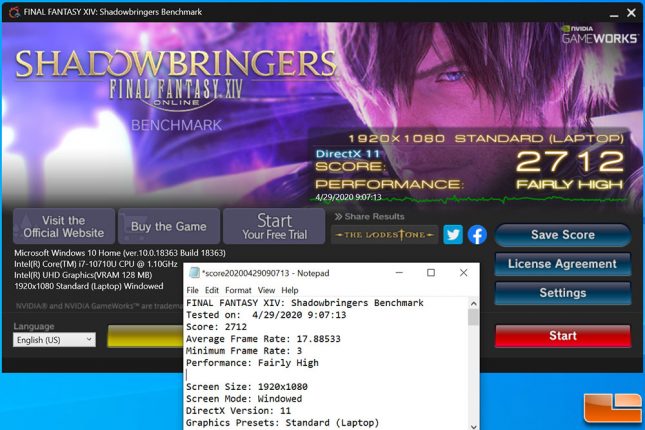 The NUC10 is not a gaming PC, but we fired up FINAL FANTASY XIV: Shadowbringers Benchmark an ran it at 1080P with the lowest graphics preset designed for laptops. The end result was a score of 2,712 points with a performance result of fairly high. If you look closer at the benchmark results though you’ll see that the average frame rate was just 17.9 FPS and the low was 3 FPS. You can play basic games on the NUC 10, but you won’t be playing major triple A titles on this machine. 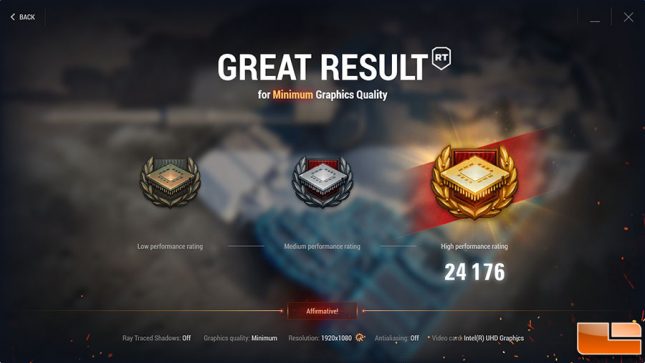 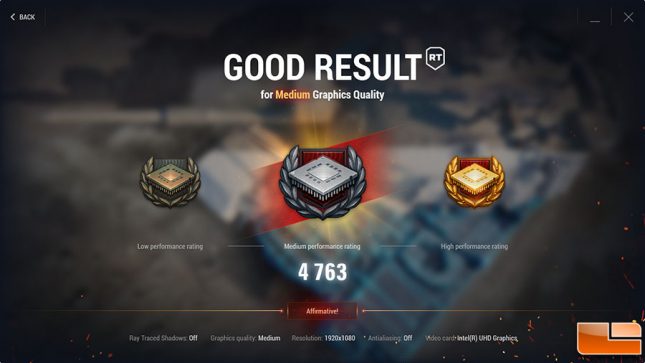 We ran a simpler game benchmark like World of Tanks enCore RT and found that the NUC10i7FNHAA scored 24,176 points on the minimum graphics quality setting and 4,763 on the medium IQ setting. If point results don’t mean much to you then you are looking at around 28 FPS on average with medium and around 142 FPS with minimum. So, you can certainly play World of Tanks at 1080P on this NUC with minimum image quality settings. 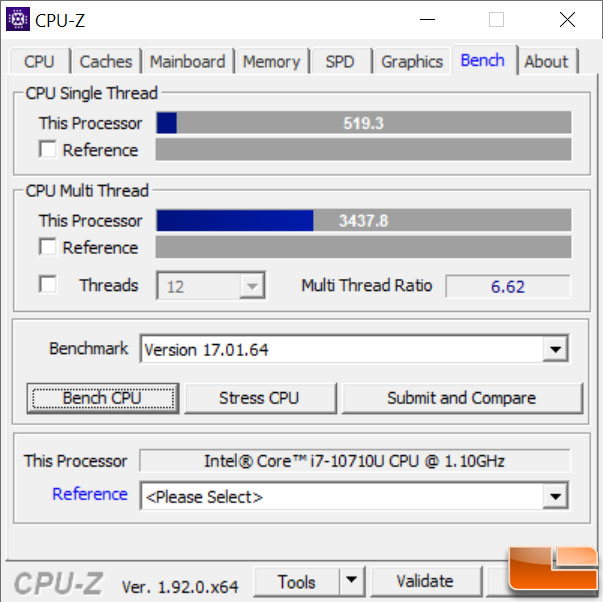 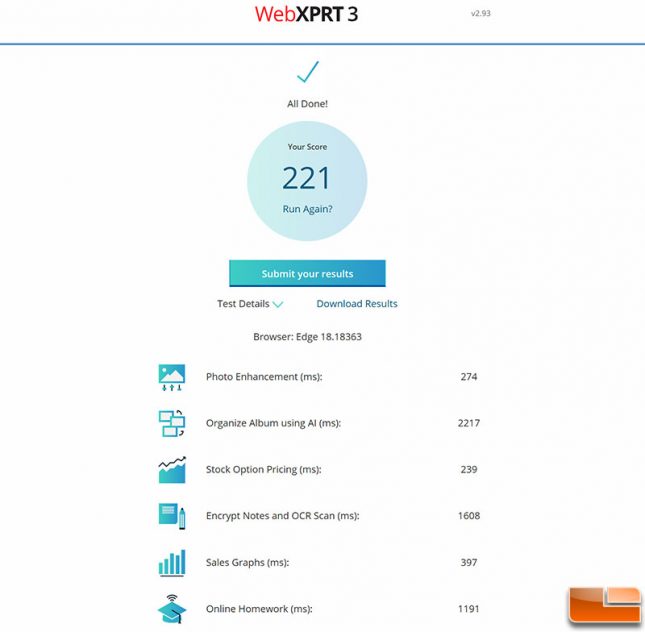 WebXPRT 3 is a browser benchmark that contains six HTML5- and JavaScript-based scenarios created to mirror the tasks you do every day. The workloads are: Photo Enhancement, Organize Album Using AI, Stock Option Pricing, Encrypt Notes and OCR Scan, Sales Graphs, and Online Homework. The Intel NUC10 scored 221 points using Edge 18.18363 browser. You can run this workload on your current PC for free. 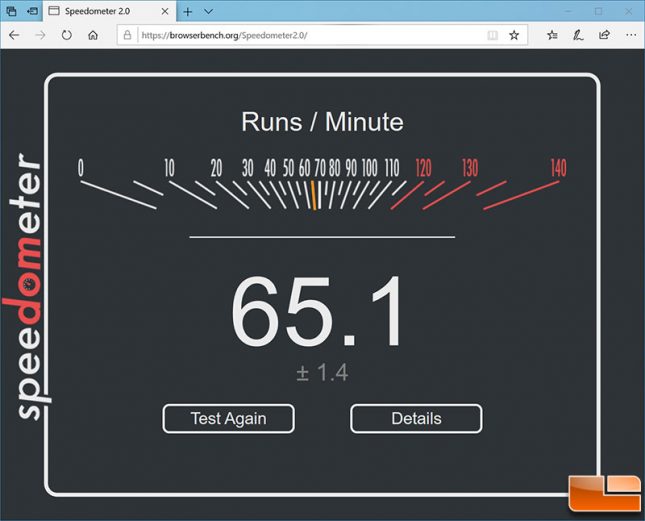 A quick run of CrystalDiskMark v7 showed the performance of the Kingston 256GB NVMe storage drive was pretty solid. With peak sequential read speeds reaching 1,609 MB/s and the sequential write speed reaching 903 MB/s. The Kingston 256GB NVMe drive being used is a system builder part that uses the Phison PS5008-E8 controller. Kingston makes SSDs for various verticals and not just the consumer channel and this is an example of how Kingston manufactures SSDs for SBs and OEMs.

The secondary Seagate 1TB 5400 RPM ‘video’ model hard drive ended up being just over 130 MB/s for both sequential read and write speeds. Both of these drives are not the fastest available, but both offer respectable performance for their roles in this mini PC. They are also fully covered under the 3-year warranty on the NUC 10.

The next performance test that we wanted to run was Bootracer 7.9 to see how fast the system is able to boot Windows 1o Home v1909 64-bit. We found that the Intel NUC 10 takes about 24 seconds on average to get up and running on the desktop. We didn’t disable any of the default Windows Startup launchers, so you can slightly improve this speed by disabling some of the startup items. 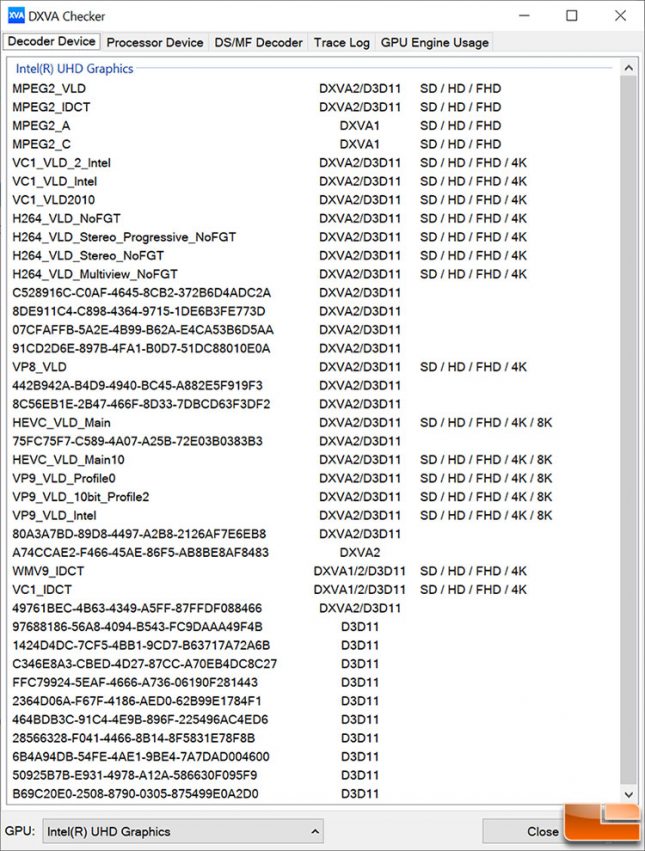 Since many Intel NUC 10 Kits will be used in the living room we thought wed take a second and look at the supported decoders. A quick look at DXVA checker shows that MPEG-2, VC1, H.264, HEVC, VP8, VP9 and WMV9 are supported.