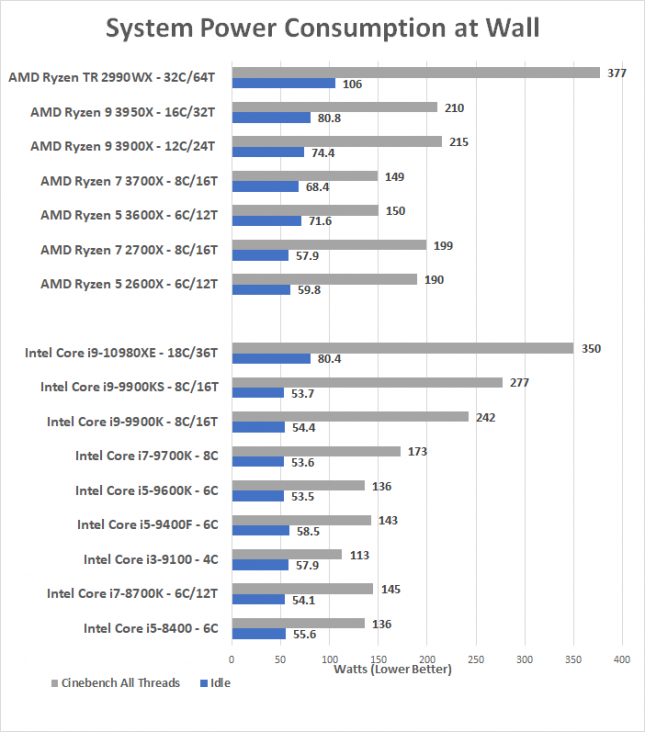 The Intel Core i9-10980XE is a 165W part and uses the most power at both idle and load with respect to the other Intel processors. The AMD Ryzen 9 3950X is undoubtedly this processors chief rival and you can see that AMD is going to be winning the power battle as it uses 140 Watts less power at load. Our Intel X299 platform used about the same amount of power as the AMD X570 platform, so idle is a wash between these two CPUs. 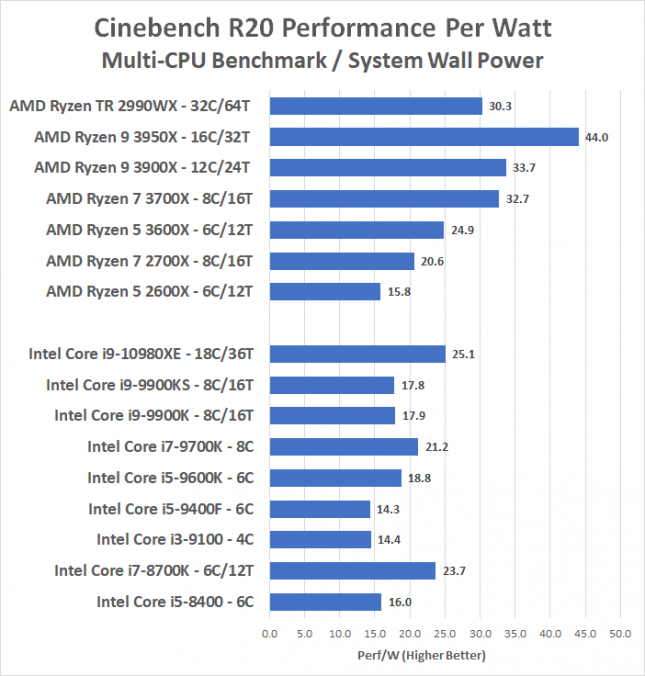 Most companies talk about perf/W or Performance per Watt these days, so let’s take a look at that real quick. As you can see the Intel Core i9-10980XE has the best perf/W ratio of any Intel processor that we have tested, but it is way behind the AMD Ryzen 9 3950X as you can see on this particular benchmark. This ratio will vary greatly depending on the workload used!