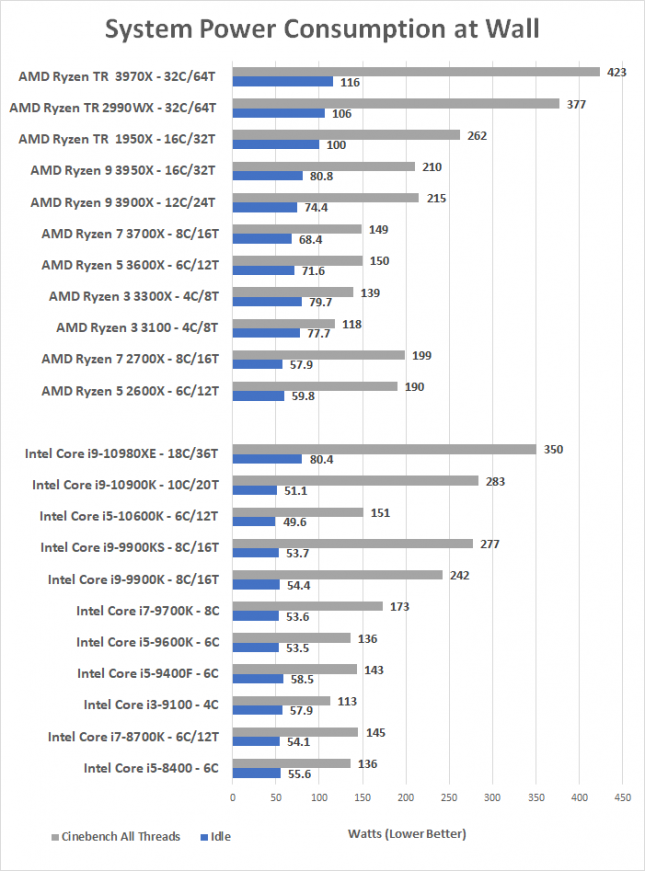 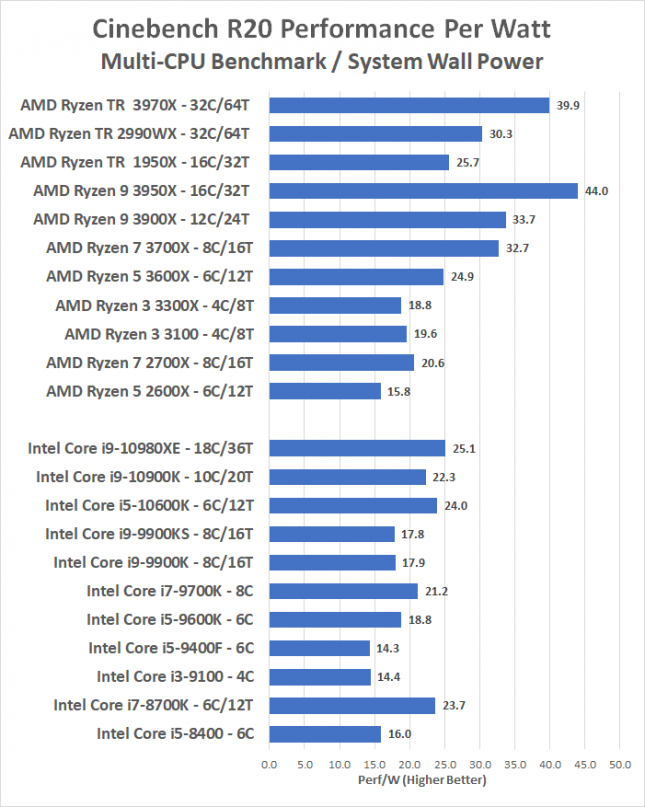 Most companies talk about perf/W or Performance per Watt these days, so let’s take a look at that real quick. As you can see the 10th Gen Intel Core series processors do better here than the 9th Gen Intel Core series processors. That said, AMD still comes out ahead when you compare say the 10600K to the 3600X or the 10900K to the 3900X. Adding more cores and threads has helped Intel close the perf/W gap, but they still have a ways to go.