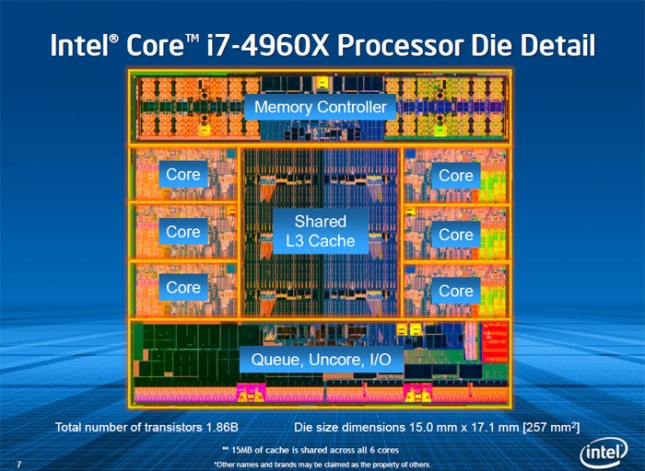 The Intel Ivy Bridge-E SKUs are a welcomed addition to the Intel X79 platform and socket LGA 2011. The performance improvements weren’t massive, but there was a noticeable performance gain in the vast majority of the benchmarks we used. This will likely disappoint some, but it breaths new life into a platform that was starting to get a but long in the tooth so to speak. And to be fair to Intel, they noted in their press presentation that most of the performance gains would be in the single digits over the Intel Core i7-3960X processor. 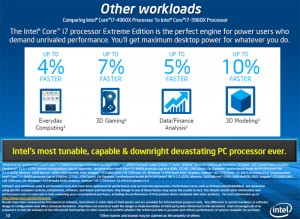 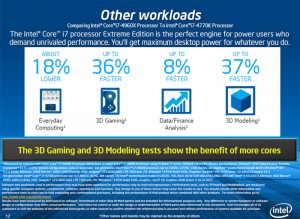 If you are looking to bring some more power to your LGA2011 platform and reduce power consumption, you have a pretty big choice to make. You’ll have to shell out  $310-990 on the Sandy Bridge-E processor you go with to get single digit performance improvements in some situations. If you don’t have any budget concerns and want to get the most from your system then by all means purchase one, but if you already have an LGA2011 platform and are happy with the performance it will be hard to justify spending $300+ unless you do a ton of multi-threaded tasks and do them often. This would be those doing content creation and big time media encoding. Those content creation houses and professionals are often the ones that can afford $990 processors.

We know a fair share of people are still running Intel LGA 1366 (X58 Gulftown) platforms and if you’ve been waiting on Sandy Bridge-E to come out along with the ‘refreshed’ X79 boards, you could be in for a better overall user experience thanks to all the updates on the CPU, chipset and other controllers on the motherboard for audio, LAN, USB 3.0 and more. The only downside is that right now only one of the six Intel X79 boards that we have here at Legit Reviews works with Ivy Bridge-E. Intel will not be releasing any more BIOS updates for their boards, so all Intel X79 motherboard owners will not be able to upgrade from Sandy Bridge-E to Ivy Bridge-E. Other motherboard makers like Gigabyte have yet to release new BIOS versions as well, but plan to in the weeks ahead. Right now just ASUS and MSI appear to have rolled out proper Ivy Bridge-E support on their older Intel X79 boards.

Gamers and enthusiasts can certainly pick up the Intel Core i7-4960X processor and Intel will gladly take your $990, but gamers will be just fine with an LGA1150 system with a Haswell processor. The Intel LGA2011 platform is more aimed at power users and hardcore enthusiasts running heavy workloads or gamers lucky enough to have NVIDIA SLI or AMD CrossFire multi-GPU setups. Just for fun count up how many PCI Express lanes you are currently using. Now add in some extra room in case you want to add in a PCIe RAID card, video capture card or an additional video card or two. Are you anywhere close to needing 40 PCIe lanes? Do you need the ability to run 64GB of DDR3 quad-channel memory for content production? If you answered yes to either question then probably have an Intel X79 platform in consideration. If you don’t the Intel X79 platform isn’t a necesity and you might be able to move down to the Z87 platform with Haswell. 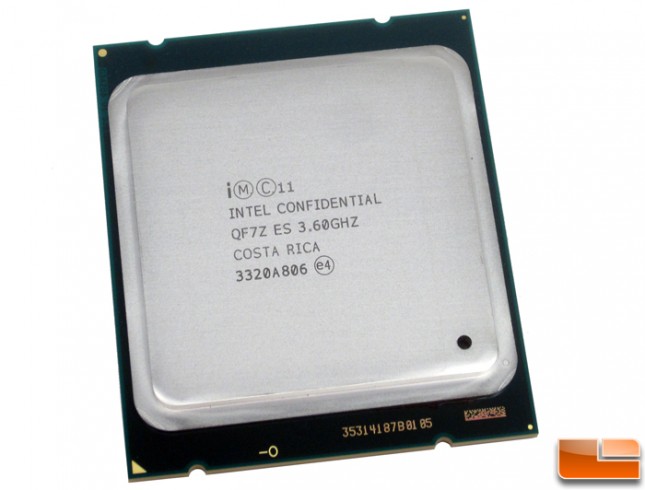 At the end of the day the Ivy Bridge-E processors should be appealing to those that are looking to build a system where they need a ton of CPU cores and a platform with plenty of PCI Express lanes and gobs of memory bandwidth thanks to quad-channel memory. If that is something you are looking for then you have a new processor to look at getting.

The Intel Core i7-4960X  is the fastest desktop processor that we have ever tested, but since the performance gains are minimal, it is hard to get really excited about! Ivy Bridge-E performance is leaps and bounds ahead of AMD and offers better energy efficiency than the previous Intel Sandy Bridge-E processors, so it certainly has a place in the market!