The game has been built on Crystal Dynamics’s game engine called the “Crystal Engine” and the graphics look fantastic. AMD and Crystal Dyanmic’s worked on a new technology called TressFX Hair, which AMD describes as “the world’s first in-game implementation of a real-time, per-strand hair physics system” for this game title. We set the image quality to the low quality and ultimate quality presets for benchmarking. 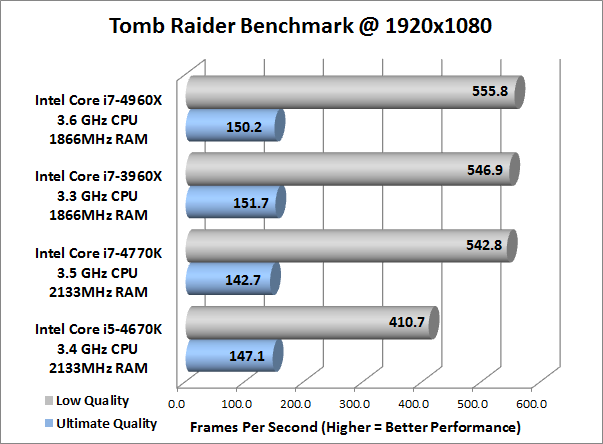 Benchmark Results: At low image quality setting we could see the performance scaling that we expected, but at Ultimate quality (everything cranked up) the performance gap was pretty much gone and the scores were scattered to say the very least. When it comes to gaming performance it is clear that any of these processors are more than up to the task.  We went with an NVIDIA GeForce GTX Titan 2-way SLI setup for testing, so there shouldn’t be a GPU bottleneck at these speeds!

We tested BioShock Infinite with the low and ultra game settings at 1920×1080. 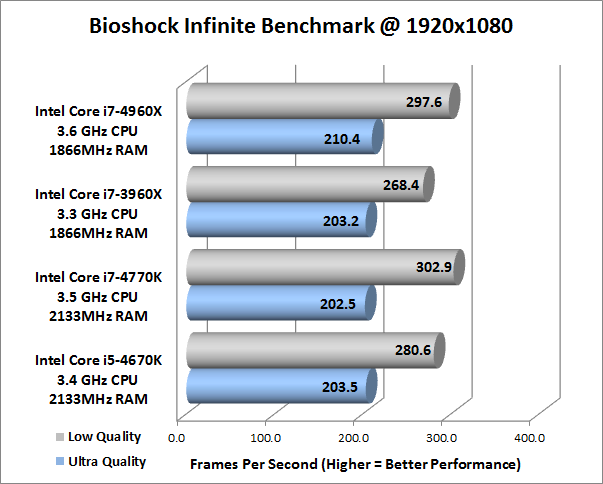 We benchmarked Hitman: Absolution with the low and ultra game settings at 1920×1080. 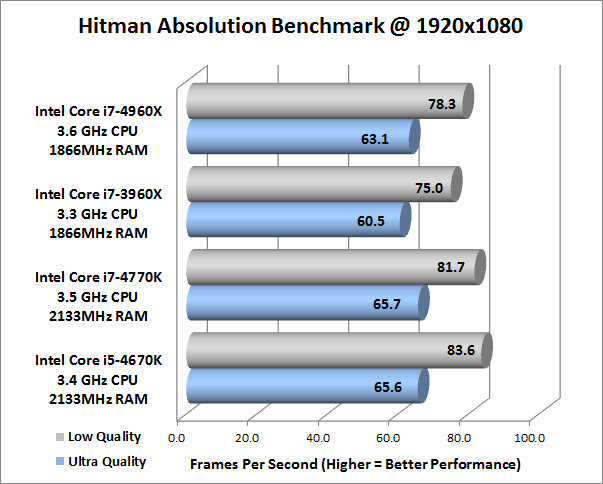 Benchmark Results: Hitman: Absolution is tough on discrete graphics cards and even our NVIDIA GeForce GTX Titan SLI setup was only getting up to 80FPS on low quality settings. The results here are scattered once again, but we ran them four times and this is the average of all the numbers. This pretty much just goes to show that a $300 processor will get you the same gaming performance as a $1000 processor on real world game titles.