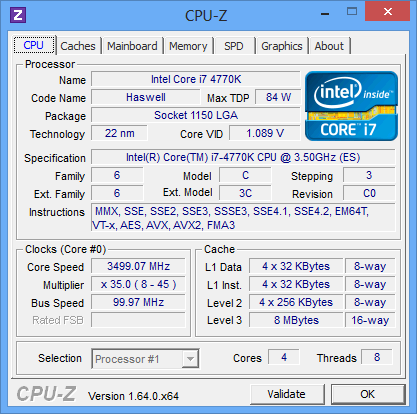 The Intel Core i7-4770K processor starts out life with a 3.5GHz base clock and can boost up to 3.9GHz. We heard that reaching 4.5-4.7GHz should be easy for most platforms with high-end air coolers or water cooling. For this review we wanted to see what we could hit with the stock CPU cooler. Since the voltage regulation has been moved on-package thanks to Haswell’s FIVR design, we are interesting to see how this hotter chip does with the same cooler that came with Ivy Bridge processors. Remember the Intel Core i7-3770K was 77W TDP and the Intel Core i7-4770K is now 84W TDP due to this. Intel also still does not solder the heatspreader (lid) to the top of the processor, so this will be interesting. 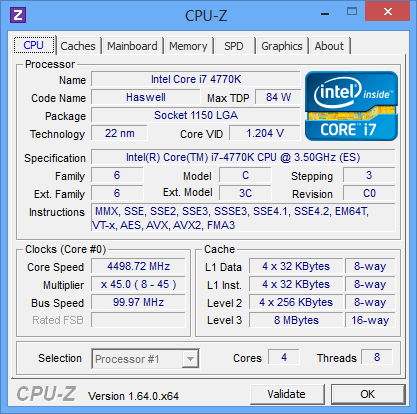 We used the Intel overclocking assistant on the Z87 motherboard to try running 4500MHz and sure enough the system was up and running.  We ran a few benchmarks and the scores were improved, but then we noticed that the CPU was throttling and hitting pretty high temperatures. 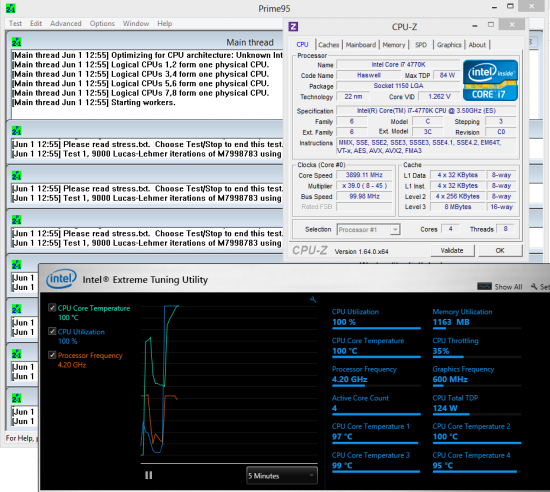 For example we fired up Prime95 and within a few seconds we were hitting 100C and the CPU throttled back to prevent certain CPU death. We lowered the overclock to 4.3GHz and it still throttled, so we went down to 4.2GHz. 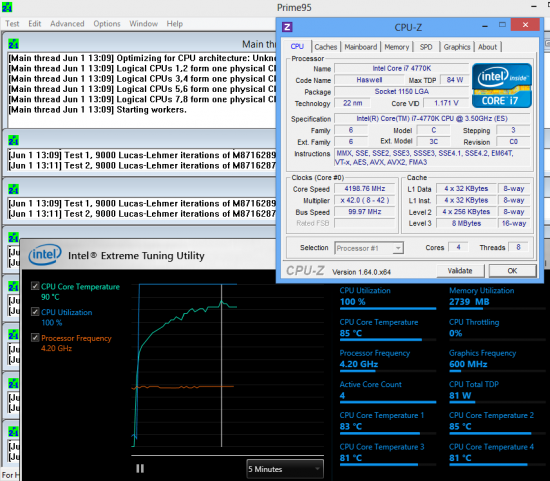 At 4.2GHz we saw the temperatures hit 90C, but then the fan kicked on and dropped it down into the 80’s for the duration of the run. A 300Mhz overclock past the CPUs Boost speed isn’t that impressive, but we are CPU cooler limited.  If you plan on overclocking a Haswell processor we suggest that you invest in a good closed loop water cooler or a high-end air cooler for better thermal performance.  Haswell runs hotter than Ivy Bridge, so be sure your cooling is ready. It should be noted that we are able to hit 4.7-4.8GHz with the Corsair H100i water cooler and there is no throttling, so plan ahead if you want to overclock!