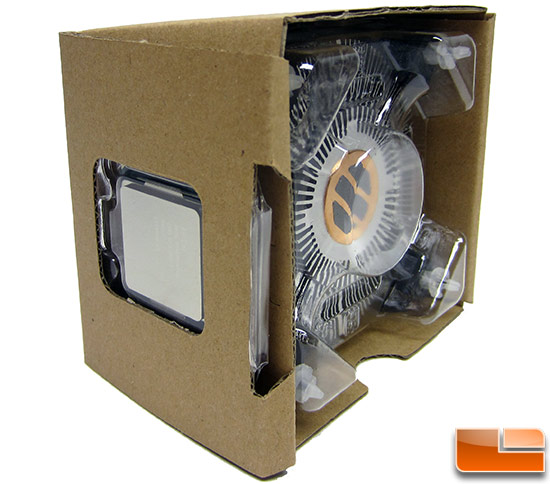 At the very last minute we managed to get our hands on a retail boxed Intel Core i7-4770K, which is great news as we wanted to try out the stock HeatSink Fan (HSF) combo on this new 22nm processor to see how it performs. Intel told us that the HSF has not changed since Ivy Bridge and that appears to be correct. 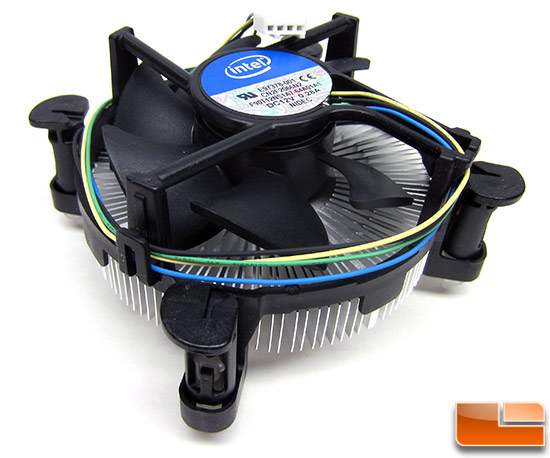 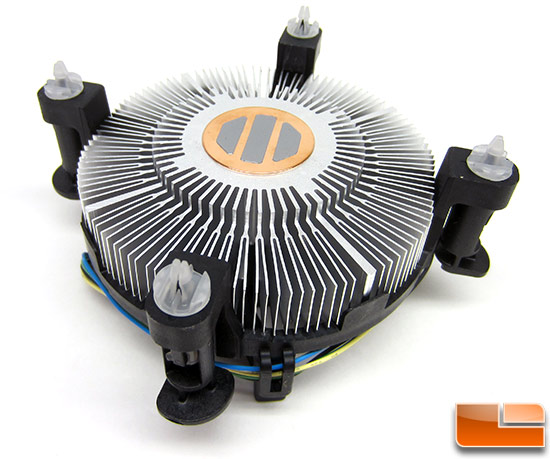 The bottom of the cooler has three small strips of Shin-EtsuMicrosi thermal compound applied, so all you need to do is install your CPU into the LGA1150 socket and slap this cooler on it. That is exactly what we did, so let’s take a look at idle and load test results.

With the Intel Core i7-4770K processor sitting on the desktop at an idle we observed an average CPU core temperature that bounced around 37-39C. We used the Intel Extreme Tuning Utility to monitor the temperatures. This is a pretty nifty free utility that shows you all sorts of stuff. We enabled some extras, so you can see the total CPU TDP being just 5 Watts at idle and each core temperature.

When it comes to load temperatures we fired up Prime 95 27.7 64-bit and saw the CPU core temperature rise to 86C with a CPU total TDP of around 75 Watts. The CPU temperature rose quickly, but eventually the fan profile kicked in and the fan speed increased enough to compensate for the heavy workload. No CPU Throttling was noted with the stock CPU cooler, but with temperatures hitting 86C, we highly advise aftermarket cooling if you plan on doing any overclocking as these new 22nm processors do run warm.