For our basic USB 3.0 performance tests we’ll be using a WD Blue 1TB SSD for testing. As you can see below the drive was using the UASP (Serial ATA) interface over USB 3.0 as it should be. 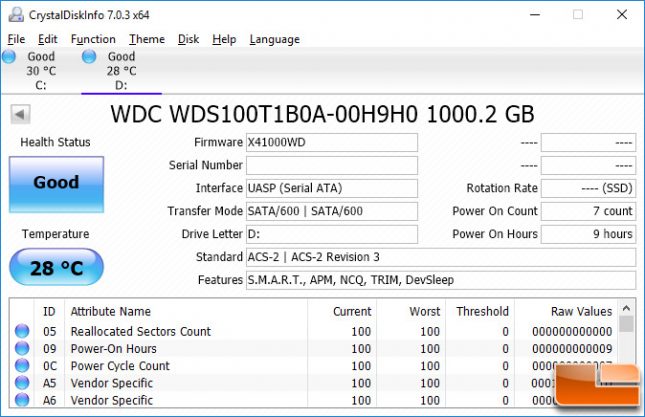 Let’s take a look at the performance numbers