The Intel X99 platform that we used to test the HyperX Savage 128GB drive was based around the ASUS X99 Sabertooth motherboard with BIOS 2001 that came out on 11/18/2015. We used the boards SuperSpeed+ USB 3.1 port to ensure the highest possible speeds.

The HyperX Savage 128GB drive came formatted with the FAT32 file system and we left it configured that way for testing. 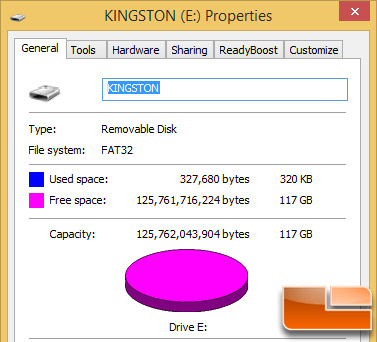