The HyperX Cloud Flight S sound signature differs from the previous model in that it is more focused on the mid and high range, with clarity being the word that best describes the sound. With so many headsets leaning towards heavy bass, users coming from other gaming headsets will notice a big change when using the Cloud Flight S. Remarkably, the 7.1 surround sound feature of the Cloud Flight S actually worked well compared to many gaming headsets, but its functionality was a bit different than I am used to, as it felt like it was boosting frequencies rather than trying to emulate surround. This actually worked out pretty well in game and I would say to try it out, as it may add some extra dimension to your game play. The HyperX Cloud Flight S sound good compared to most wireless headsets, though I found the volume topped out a bit too low. This was also an issue with the original Cloud Flight and HyperX would later raise the volume threshold with a firmware update, so hopefully that can happen wit the Cloud Flight S. I really liked the sound signature of the Cloud Flight S, as it was clear, precise and accurate. Wireless performance was solid and I never experienced any drop outs or disconnections when using the Cloud Flight S. The microphone recording quality on the Cloud Flight S is also solid for a wireless gaming headset, with no issues to report.

The microphone and recording quality on the HyperX Cloud Flight S are really good for a wireless gaming headset, with minimal compression taking place and a clear transmission. 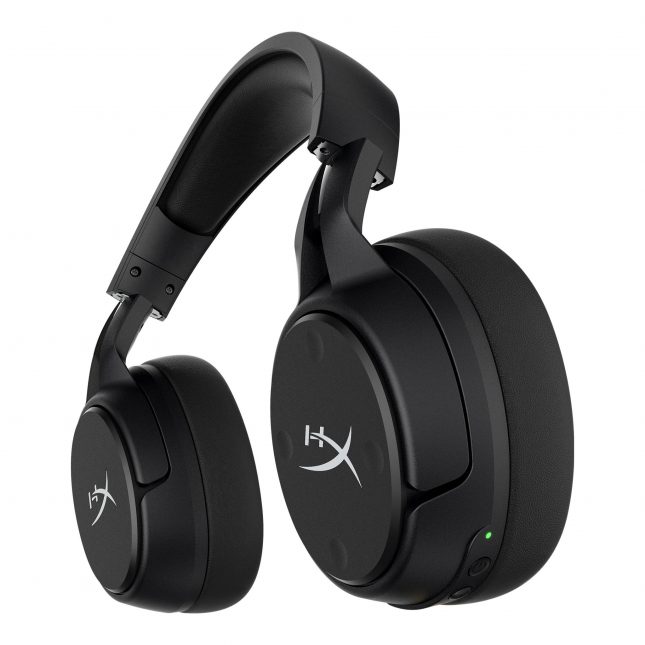 When it comes to comfort, one of the most important aspects of a gaming headset, the Cloud Flight S are top notch. Clamping force on my big head was perfect, with the headset grabbing enough to stay put, but not putting too much pressure on any point of my head or ears. The ear cup and headband material both feel good on the skin over long periods and didn’t ever irritate or have breathing issues. While the Qi charging components add a little weight and the Cloud Flight S aren’t the lightest headset, the weight is well balanced. I’ve let others try on the Cloud Flight S and they all found them to be comfortable. If you have struggled to find a comfortable wireless gaming headset in the past, I’d say give the HyperX Cloud Flight S a go.

The wireless Qi charging aspect of the Cloud Flight S is a really cool feature and one that I had no idea I would take advantage of so much, in fact, I may have even scoffed initially at the thought of a Qi charging headset. Desk real estate is a premium and the HyperX ChargePlay Base takes that into consideration by providing two Qi charging pads in one streamlined unit, all connected via a single USB-C cable. The Cloud Flight S charges thru the left ear cup and it can be a bit tricky to get the proper placement on the ChargePlay Base initially, but once you figure out where to set the headset on the charger it’s a cinch. While the price is a bit high compared to Qi chargers from generic companies on Amazon, the fit and finish of the ChargePlay base really make it a viable option for PC gamers who are into a uniform aesthetic. I was able to replace the single unit Samsung charger on my desk with the ChargePlay base and I like it a lot better, since the LED indicators make it very clear when your device is charging and has completed. I haven’t used USB to charge the Cloud Flight S because the simplicity of the Qi charging renders using the cable obsolete. Qi charging also means that the USB input on the headset is less likely to break and fail over time, leaving you with a headset that can’t be charged. One issue I did notice is that the Cloud Flight S doesn’t stop charging when it is at 100% like my phone does. Perhaps this is an issue that can be fixed with firmware, but it can cause an issue if you place the headset on the charger and forget it there, as the battery will be constantly charging and thus wear out more quickly. 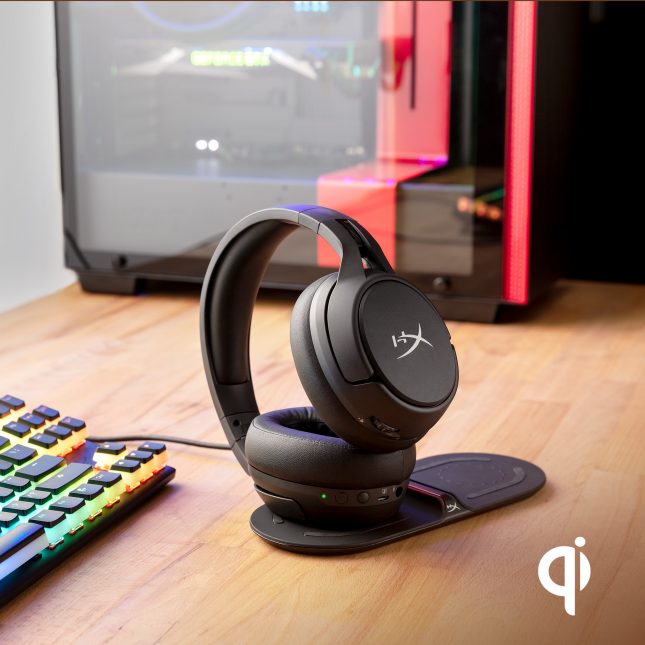 The Cloud Flight S are a great headset all around. There isn’t really any area that I can fault HyperX when it comes to the physical design of the headset, besides the lack of USB-C charging. Where the Cloud Flight S stumble slightly is in their software. NGenuity doesn’t offer EQ and the software itself had some issues with toggling sidetone on each time I would turn on the headset, though HyperX recently fixed this with an update. You should be able to download and run NGenuity directly from HyperX, but the link from their website is directly to the Microsoft Store. I don’t like being locked into using the Microsoft Store to download software for a gaming headset.

The HyperX Cloud Flight S are an excellent wireless gaming headset that will appeal to users who value great comfort and clear sound, but those looking for RGB lighting and a gamer-centric design will definitely want to look elsewhere. I am glad that HyperX has added features like 7.1 surround and sidetone adjustment, both of which have been implemented well on the Cloud Flight S. Slowly but surely, HyperX is expanding the features of its wireless headsets to be more competitive while staying the course in keeping things simple and focusing on the important aspects: comfort, sound quality and durability, all areas that HyperX clearly puts their focus and effort into. HyperX continues to put out excellent products and their Cloud Flight S is another check in the win column. While things aren’t perfect and HyperX has some work to do on their software, the Cloud Flight S are definitely one of the best wireless gaming headsets on the market. At $159, the HyperX Cloud Flight S aren’t cheap, but given how they compare to other headsets in that price range, I would say the $159.99 MSRP is spot on for now. End users who want to save a few bucks and get a wireless headset that is still viable, but not offering the feature set of the Cloud Flight S can look into the original HyperX Cloud Flight, which is currently $139.99.

Legit Bottom Line: The HyperX Cloud Flight S bring great comfort and clear, precise sound to the table, along with impressive Qi charging capability. The microphone performance is solid for a wireless headset and HyperX continues their tradition of making excellent gaming headsets.