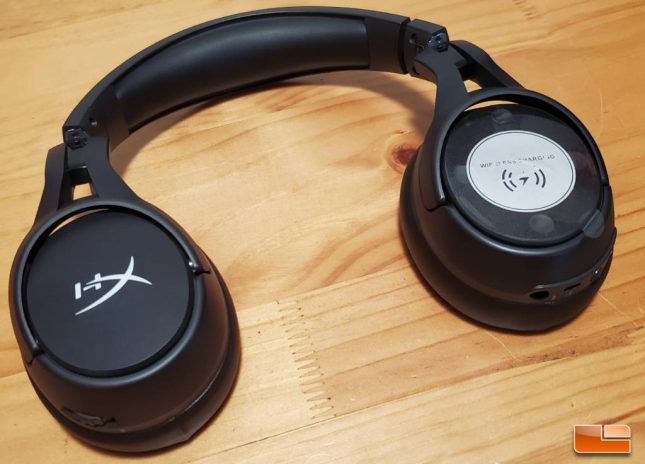 A departure from the more aggressively styled originals, the Cloud Flight S feature a more refined design. Gone are the red LED lit logos of the previous model, the Cloud Flight S now features white HyperX logos that offer a clean look while retaining branding. Refinement is the word here, as HyperX have made minor adjustments that really make the Cloud Flight S look closer to a set of studio headphones than their predecessor. Still using large amounts of plastic with metal frame pieces, the HyperX Cloud Flight S feels sturdy and robust out of the box, passing the flex test and not having any obvious points of weakness or areas of concern. 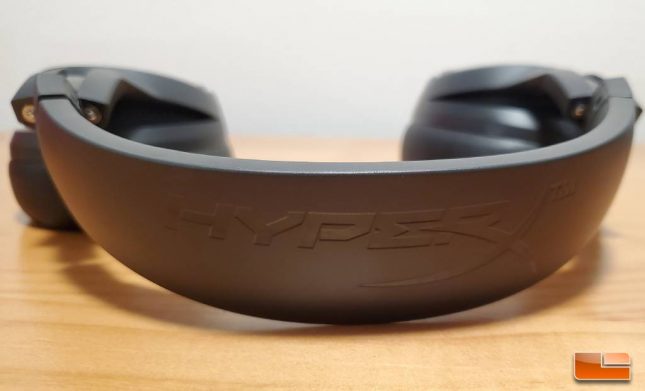 The headband of the Cloud Flight S features the HyperX logo across the top for a bit of subtle branding. A nice synthetic leather padding is on the headband, offering a nice amount of comfort over long gaming sessions. The added circuitry for the Qi charging capability mean these Cloud Flight S aren’t terribly light, so a comfortable headband is a must. 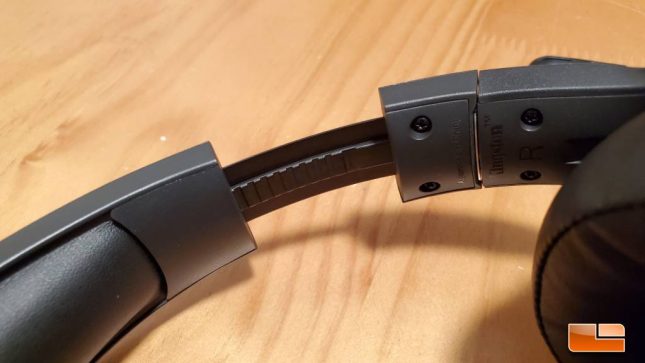 HyperX allows for a great amount of adjustment of each ear cup in the form of a ratcheting mechanism that feels pretty smooth to use, while offering a tactile response as it is adjusted. I had no issues with this mechanism during my time with the headset, though it may get looser over time, something I have found with my original Cloud Flight an issue that is nearly impossible to avoid on products that allow adjustment in this fashion. 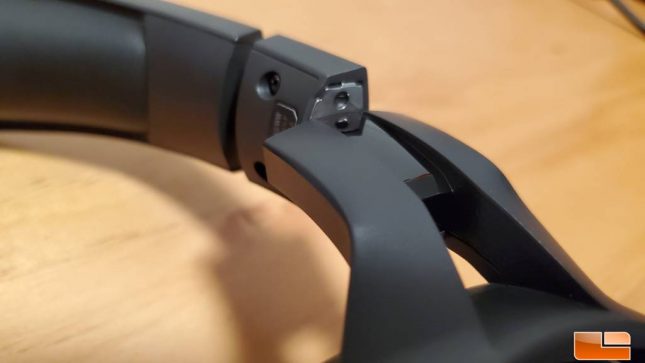 HyperX has put magnets on the inside of the swivel, giving the headset a nice refreshing click into place that holds firm when adjusting the ear cups from flat to being worn. I really like this simple, yet functional addition. 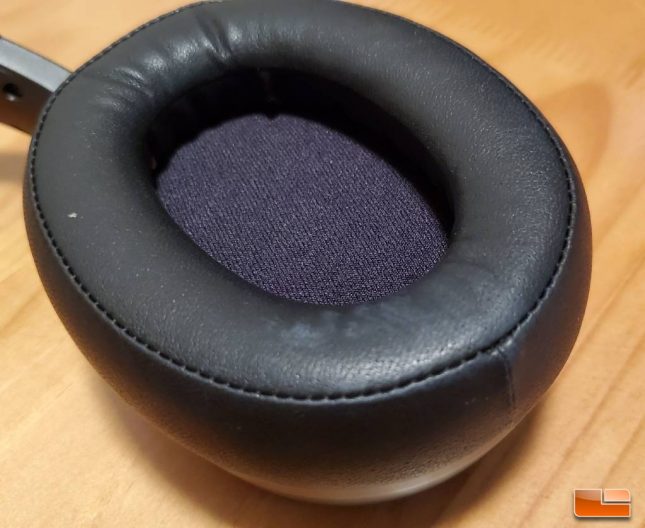 The ear cups of the Cloud Flight S are typical HyperX affair, very comfortable and with ample padding, though a bit on the warm side after a bit of use. I’ve had pretty much every HyperX headset they company has released and in general, the comfort level of the HyperX Cloud headsets always earns them top marks with the Cloud Flight S being no exception. Of course, HyperX tends to offer replacement ear cups for most of their headsets and these have a somewhat generic fitment standard that you see across many manufacturers, so getting replacements down the road shouldn’t be tough should you develop an attachment to the headset. I’ve known people who have owned their original Clouds for years now, opting to replace the ear cups as they’ve worn instead of buying a new headset, so it’s nice that this is an option. 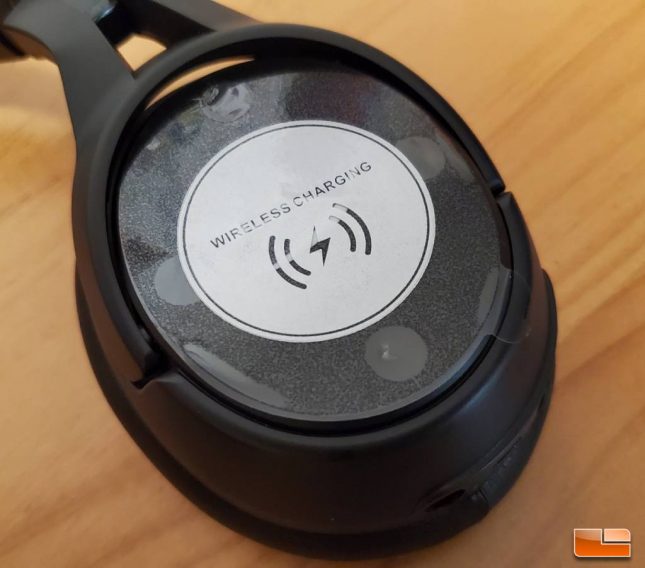 The left ear cup on the Cloud Flight S is full of tech. First, there are four programmable buttons that can be used to adjust volume, mute the mic, toggle side tone and more. These buttons offer a decent amount of tactile feedback, with crisp clicks present on actuation. Underneath the ear cup, HyperX has implemented a Qi charging receiver, which connects to the built-in battery to allow for wireless charging. Of course, this feature works with any Qi charger, but the specially designed HyperX ChargePlay base is perfectly suited, as it has indicators for where to place the ear cup and the aesthetic matches the headset perfectly. I did find Qi charging a bit awkward since the earcup also has the microphone plug in, so there has to be some clearance around the charger for the microphone if you leave it plugged in. The USB connection to charge the HyperX Cloud Flight also exists on this earcup and I am disappointed that this isn’t a USB-C connection. 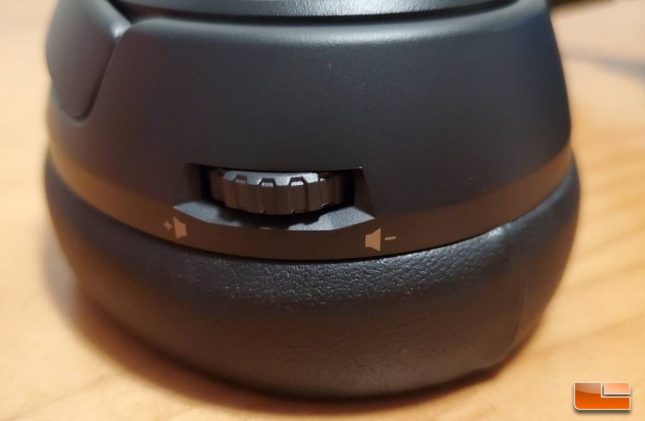 The right earcup of the Cloud Flight S features a volume adjustment dial that has a nice feel when adjusting. I am not a fan of controls on the right ear because they force you to take your hand away from the mouse, but with so much going on with the left side, I understand this. Either side forces you to remove a hand from a peripheral and you can also set the controls on the left ear cup to adjust volume, so HyperX definitely offers some versatility here. 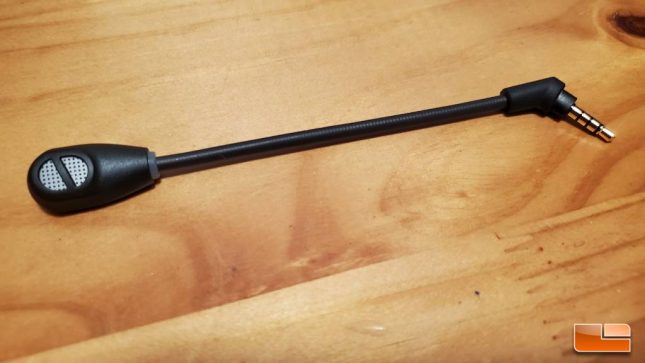 Not much has changed when it comes to the design of the microphone, though the Cloud Flight S unit does include an LED ring that glows red when the mic is toggled off. This microphone is removable and features a 3.5mm pole connector that slides into the left earcup of the headset with ease. You won’t have any problems getting proper microphone position on the Cloud Flight S, as it offers a great deal of adjustment. 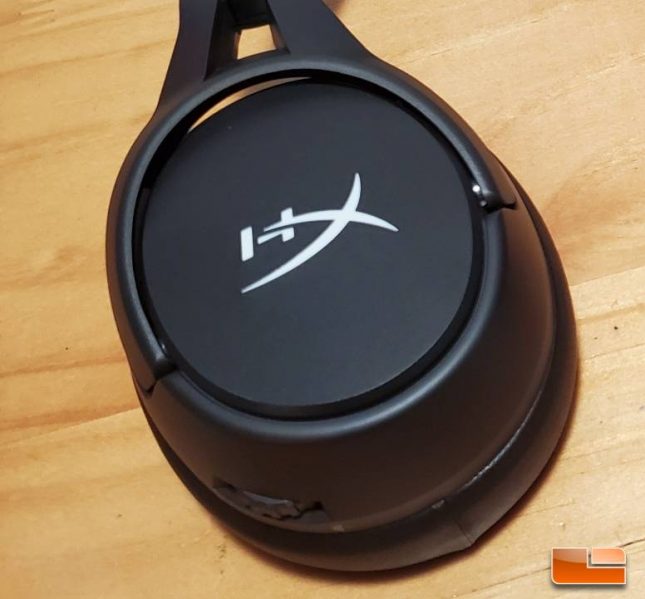 I was impressed with the design of the HyperX Cloud Flight S wireless gaming headset, overall. HyperX hasn’t radically departed from previous designs and this isn’t a bad thing, as they have been producing solid products for years and I gave the original Cloud Flight high marks and still was using it as my daily gaming headset up until this review. The left ear cup controls, Qi charging and and other design changes of the Cloud Flight S definitely earned my approval, though the omission of USB-C is notable. I also can’t stress how glad I am that that HyperX removed lighting from the headset, as the white HyperX logo is a lot more aesthetically pleasing and doesn’t drain the battery.

Let’s take a look at the software that HyperX makes available for their headsets, ngenuity, on the next page.