All testing was done on a fresh install of Windows XP Professional build 2600 with Service Pack 1A and DirectX 9.0b. All benchmarks were completed on the desktop with no other software programs running. No overclocking was done on the video card unless noted. Our testing was done at 200×11 = 2.2GHz. Firewire was disabled in the BIOS menu for all the testing competed during this review.

All testing was completed at 2.6Vdimm unless otherwise noted! 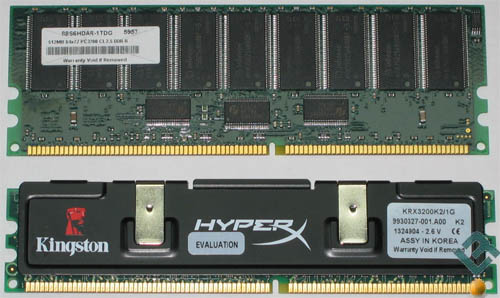 Just by looking at these modules you can tell that there are some serious differences in design! Legacy uses a TSOP designed PCB manufactured by KCA with 5ns IC’s from Infineon. On the other hand, Kingston HyperX uses a micro BGA PCB manufactured by Samsung along with 5ns Samsung IC’s. We fully expect to see a clear winner in this review with so many differences in these Registered PC-3200 modules! 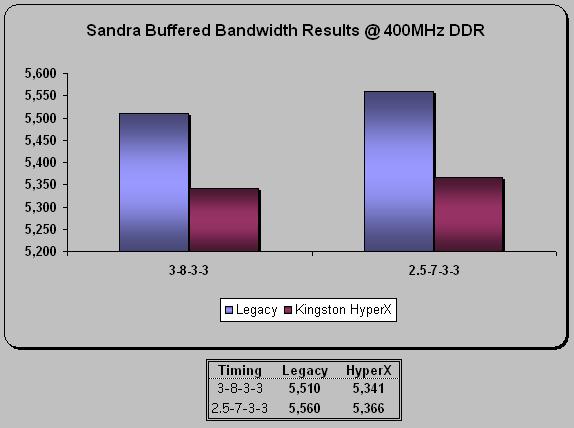 Results: More bandwidth is always a good thing and the Legacy modules with their TSOP design have taken a dominating lead!