Upon my first inspection of the Aorus Waterforce X 240 and X 360, the radiator has a rough textured finish to it. It is not the normal smooth finish I was expecting, but it does do a good job at repelling fingerprints. Aesthetically, the rough textured finish looks pretty good along with the “TEAM UP. FIGHT ON.” printed on the surface. 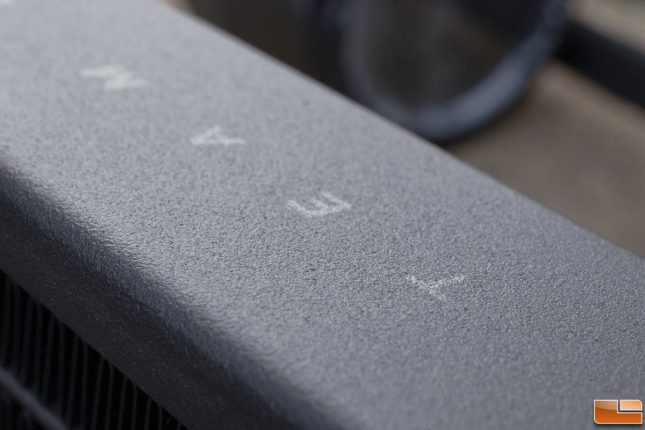 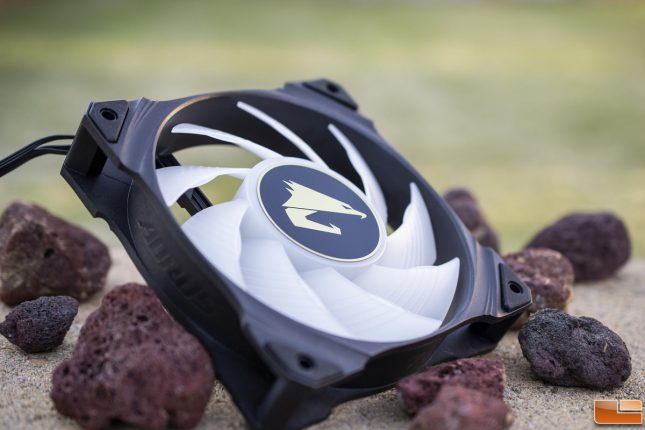 One thing I liked about the fans is the fact the cables can route between the fan blade housing and the mounting area for the screw. This allows more flexibility in fan orientation without worrying if a cable will fit between two fans or not. 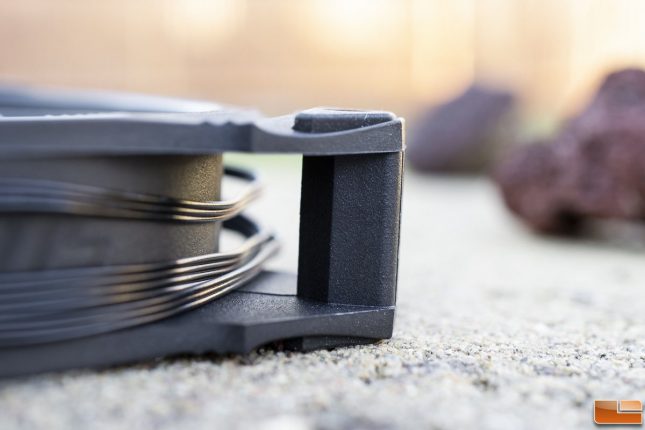 Speaking about fan cables, because these fans are RGB capable, they require a power cable and an ARGB cable. The third cable is the daisy chain cable, which allows multiple fans to connect to each other for synchronized lighting. For today’s RGB components, cable management requires more effort than before because of the additional cables needed to run RGB lighting.

Taking a close look at the pump, there is a top and bottom component. The top component includes a micro-SD card slot, while the bottom component includes a micro-USB port. This will allow the pump to communicate to the computer via the provided cable. With the addition of a micro-SD card, this allows the user to load more videos and pictures using the RGB Fusion 2.0 software. The pump is also noticeably tall at 74mm in height, which is 14mm taller than its predecessors. 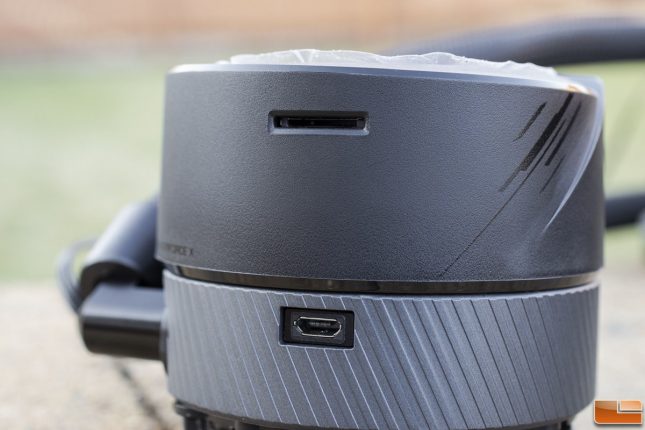 The top component of the pump with the 60mm x 60mm LCD screen is rotatable. It has a 330 degrees manual rotatable design to allow for correct orientation of the LCD screen no matter how the pump is mounted. 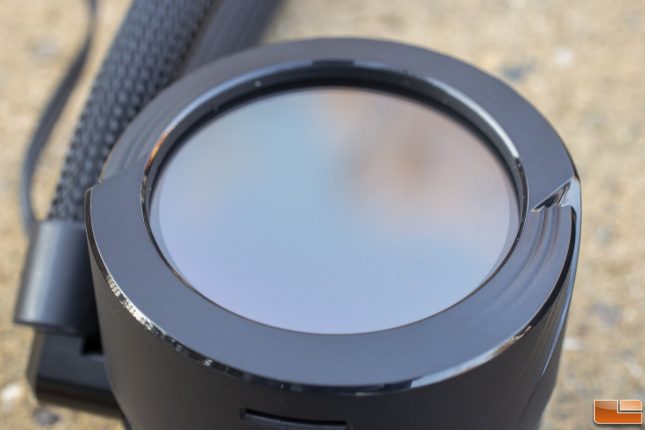 The copper base of the pump does not include any pre-applied thermal grease. As mentioned before, a tube of thermal grease is included with the accessories. 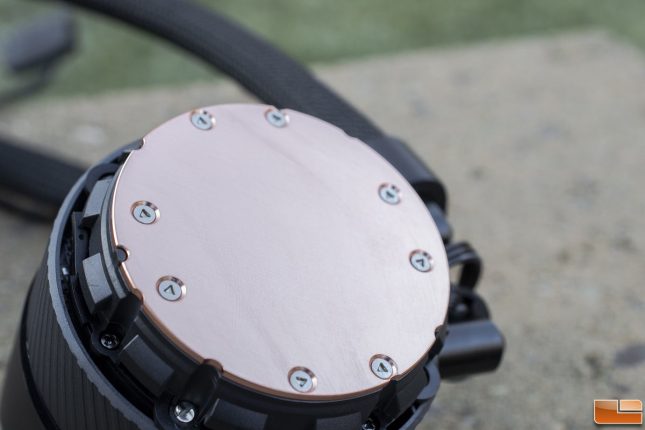 For improved cable management, the ARGB and fan cables come out the side of the radiator. This improves cable management as there are less cables coming from the pump. Instead, the cables route underneath the braided sleeve of the water tubes and up towards the radiator where the fans are located. 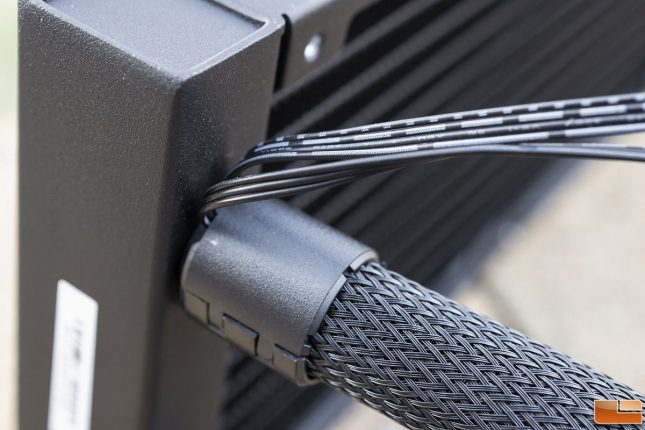 The only cable we can see coming from the pump is the SATA power cable. This will provide power to the LCD screen, pump, and fans. 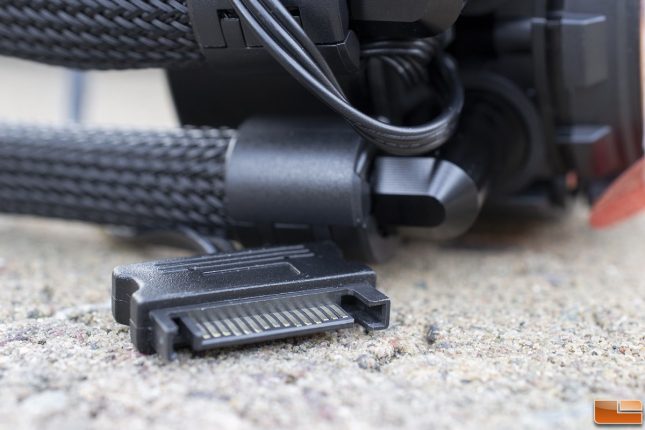 Here are the ARGB and fan cables from the radiator. This is off the Aorus Waterforce X 240 model, which has two fan headers. On the X 360, there are three fan headers to drive the additional fan. 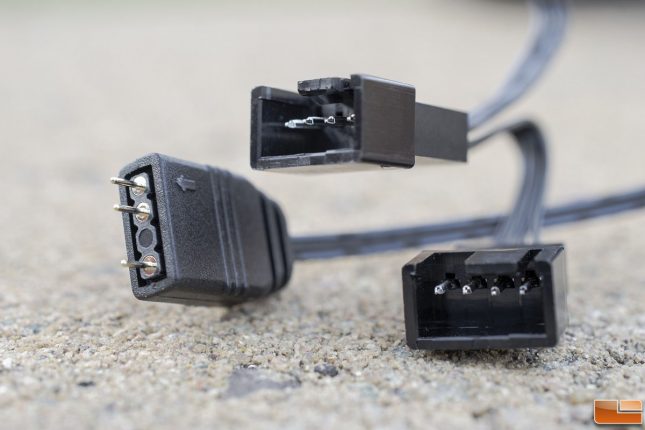 In the next section, we will go through the RGB Fusion and Aorus Engine software.