nXZEN Plus Performance and Usage

When receiving phone calls, the nXZEN was one of the loudest and brightest headsets that we have tested. Because of the focused sound that the earbuds provided, there was no longer a struggle to hear conversations in noisy environments.

That?s the good news. The bad news is that our main work-horse cell phone, the Treo 650 again had difficulty picking up incoming phone calls and switching to the headset after dialing. On average, it took the nXZEN 3-4 rings on the phone to ring once on the headset. Many times, the headset didn?t ring when a call was in-bound. When dialing out with a Treo, on average it took 2.5 rings before switching to the headset. The redial from the headset function worked extremely well. I could see using this feature on a regular basis. If I used this phone exclusively with my Treo 650, it would probably be an on-going nightmare. Let?s see how the Motorola RAZR does with this headset.

From its initial use, we see that the RAZR acts much different than the Treo in that incoming calls register with the headset almost right away. It was very rare that the phone would ring more than once before the headset would ring. For outgoing calls, the RAZR and the nXZEN Plus worked well together transferring calls after dialing quickly usually before the end of the first ring. 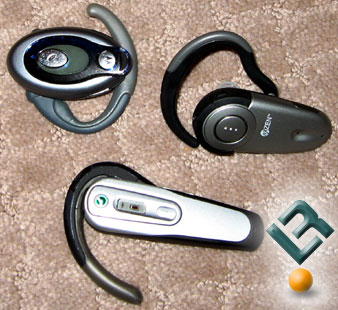 When evaluating the sound quality of the headset we did a simple test: Call the Legit Review?s HQ from a variety of places?.a crowded mall, driving down the freeway with the windows down, during a football game with a small cheering crowd. We compared the voice mail messages left with the nXZEN to another “leading” Bluetooth headset and the results were pretty amazing.

The nXZEN Plus did indeed filter out a lot of the background noise from the environment which was quite impressive. We did however experience some “clipping” of words ? mostly at the beginning of sentences and that proved to be a little bothersome. I have to emphasize that this wasn?t during all conversations, only when the background ambient noise was loud and at a high level. Conversely, the other “leading” Bluetooth headset was very difficult to recognize and many words and phrases were lost during the messages left. The engineers at Gennum are clearly doing something right.

Under normal conditions, the nXZEN was a very good performer and on par with other headsets.