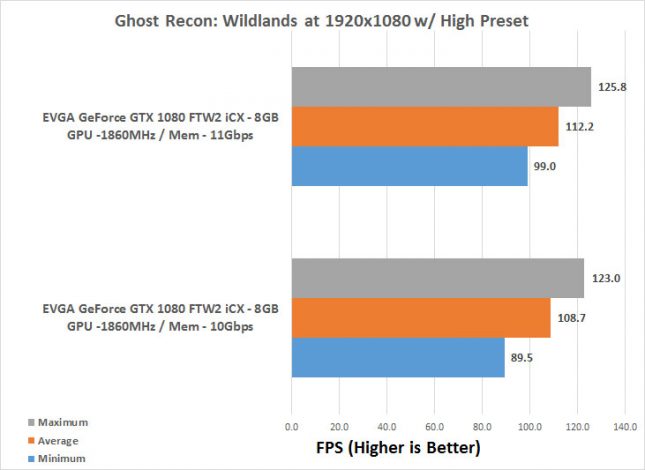 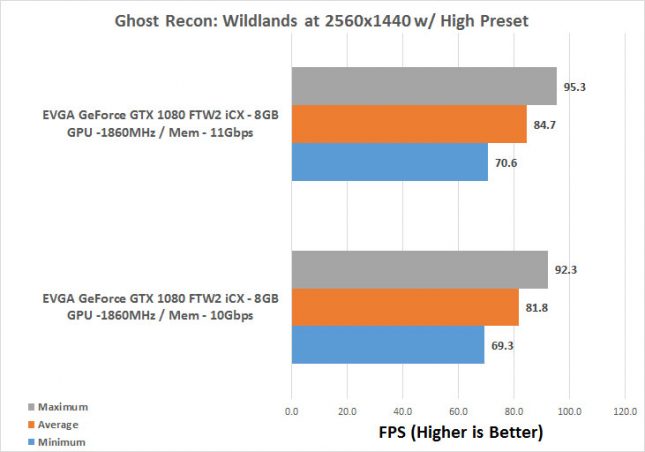 1080P Benchmark Results: Ghost Recon Wildlands showed that the 1GHz increase in GDDR5X effective clock speeds got us 3% more performance at 1080P and 4% more at 1440P! We aren’t sure why the minimum frame rate jumped up so high with the faster memory at 1080P and not 1440P, but we repeated the benchmark three times and it was consistently higher!