Cranking GDDR5X Memory Up to 11GHz

Last month EVGA announced that they were going to allow customers that purchased the EVGA GeForce GTX 1080 FTW2 ($629.99) and SC2 ($569.99) models to upgrade the clock speed on the GDDR5X memory from 10GHz to 11GHz if they wanted to. EVGA released the new BIOS versions as an optional free performance upgrade for existing card owners, which is pretty awesome. By going from 10GHz to 11 GHz on the GDDR5X, the memory bandwidth on the EVGA GeForce GTX 1080 FTW2 goes from 320.3 GB/s up to 352.3 GB/s. This 10% increase in memory clock speed and bandwidth won’t give you 10% better performance, but it should give a measurable improvement in most all 3D applications. Free performance improvements are hard to beat! 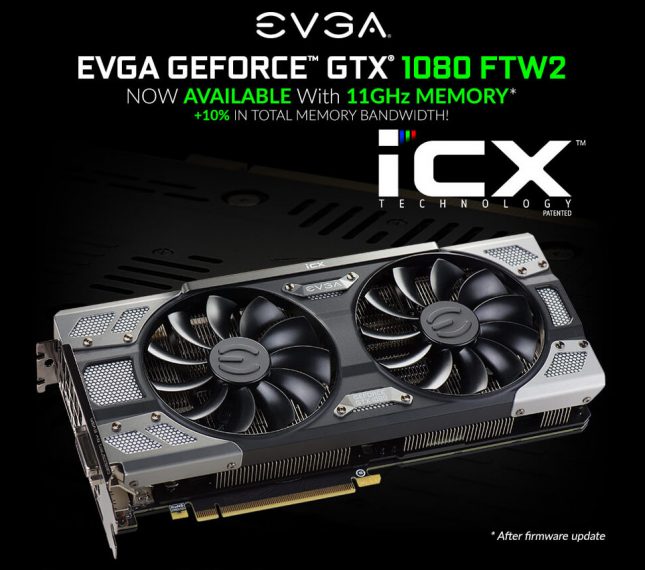 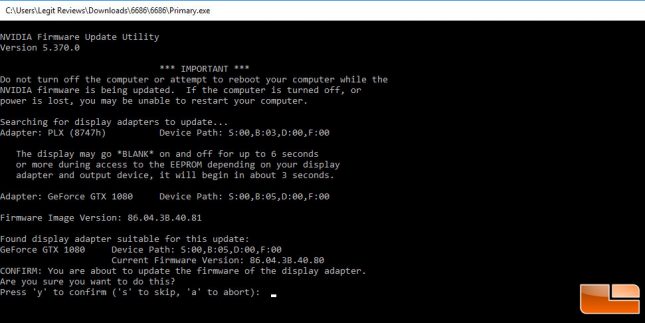 Once you download the proper BIOS update for your card the BIOS update procedure is simple and takes just seconds. Once you run the .EXE file for either the primary or secondary BIOS that you want to Flash you wait for it to finish and then restart the system. 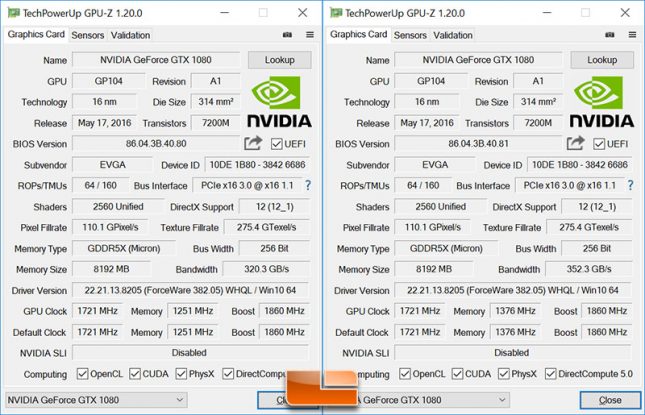 Now that we know how EVGA is letting gamers get a free performance upgrade and how to do it, let’s take a look at some benchmarks numbers!