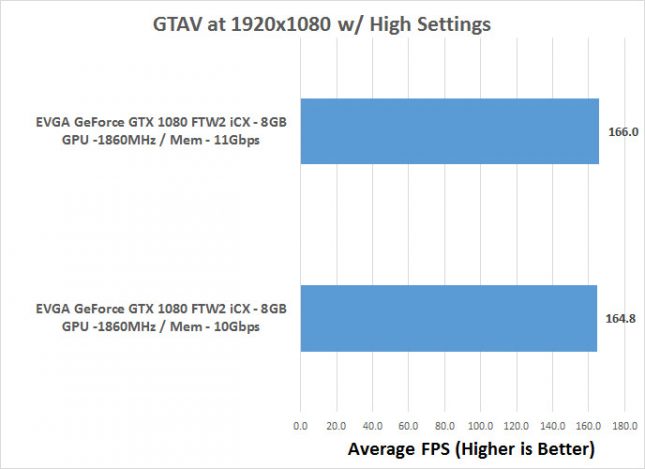 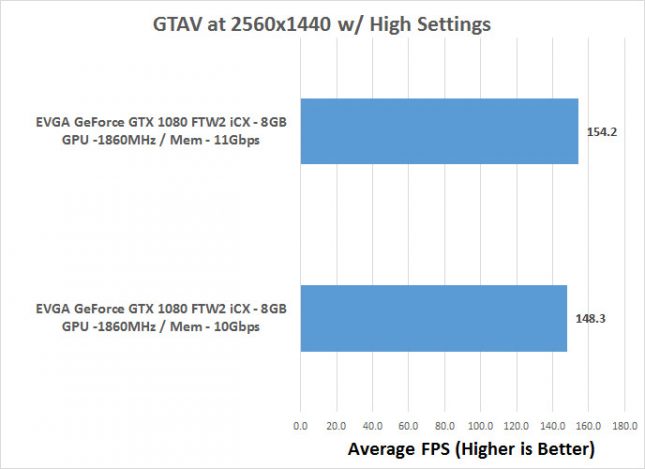 Benchmark Results: In GTAV we got 1% increase at 1080P (likely getting CPU limited with the mild image quality settings) and then a 4% gain at 1440P on the EVGA GeForce GTX 1080 FTW2 graphics card.