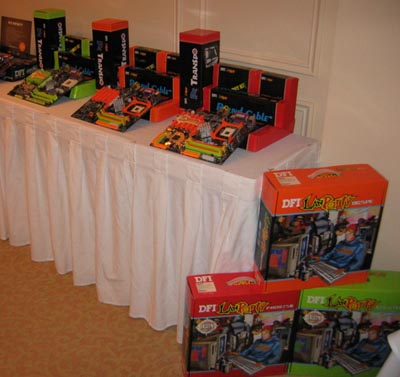 DFI was in Vegas to promote their newly revised LAN Party 2 series of motherboards. DFI has made some significant changes on their i875 LAN Party board by actually changing the layout to aid in better overclocking. They have also tweaked the Revesion B boards BIOS’s. We noted that the DFI Canterwood board now goes up to 2.9 Volts for the memory. Looks like DFI is aiming to please the enthusiast community and we will be showing you how these new boards perform shortly. 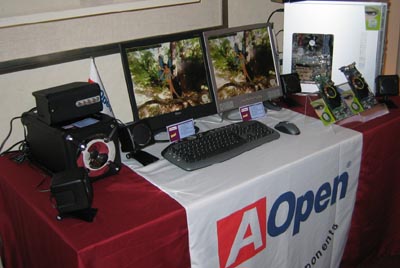 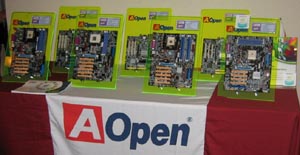 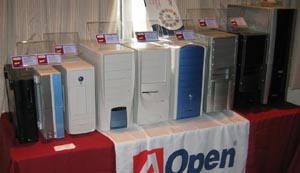 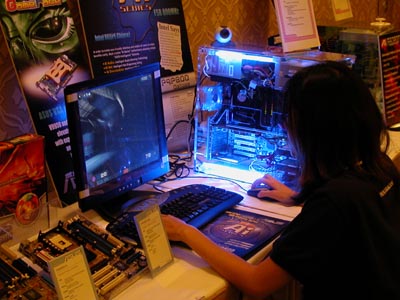 ASUS had more people on hand than any other company we covered. It was their first time to Comdex, so they wanted to give all their invited guests the best show and indeed they did. Above we caught Diana from ASUS playing some UT on their “Dream Machine” featuring all ASUS parts and an Intel EE processor. It is always good seeing people from a company using their own products! 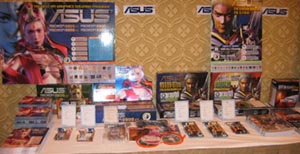 ASUS carries both nVidia and ATI graphics card solutions, which were both on display. The above right image shows ASUS’s new heat sink design with their name built in. Pretty nifty, but when you install the card the text is upside down. They should be correcting this shortly.

Comdex itself was nothing exciting. We didn’t get to see many new products and not much was being given away or shown off. The days of free drinks and 250,000+ people are long gone. Everyone on the street thought that Comdex might not be back again. Feedback from the companies was mostly about CES which is upcoming in Janurary 2003. The cab drivers were upset at how few people were there, but it was nice being able to have a cab in under five minutes.

I am currently planning my next trip to Vegas for the CES show in January 2004! Until then I hope you enjoyed our coverage and the quick look behind the scenes.