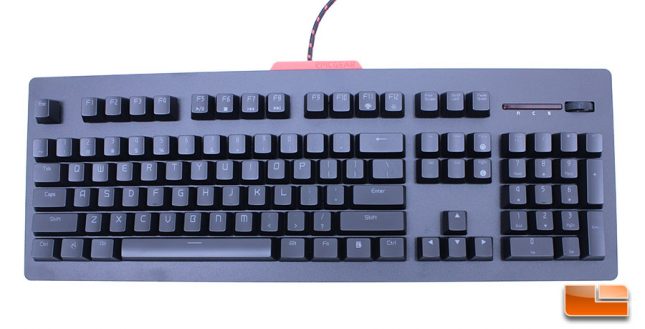 The EpicGear DeFiant features an ABS plastic bottom frame, with an aluminum top plate. The aluminum top plate on the DeFiant looks great and doesn’t have an issue picking up fingerprints, a common issue with aluminum on computer peripherals. Since the top plate is black, rather than the reflective white plate seen on some RGB keyboards, we’d expect less impressive LED output, but at the price point of the base unit, this is acceptable. The DeFiant frame is sturdy and doesn’t flex substantially when putting pressure at both ends and twisting the unit. The keyboard weighs in at 1000 grams, which is about 2.2 pounds, making it pretty light and easy to carry around, should the need arise. 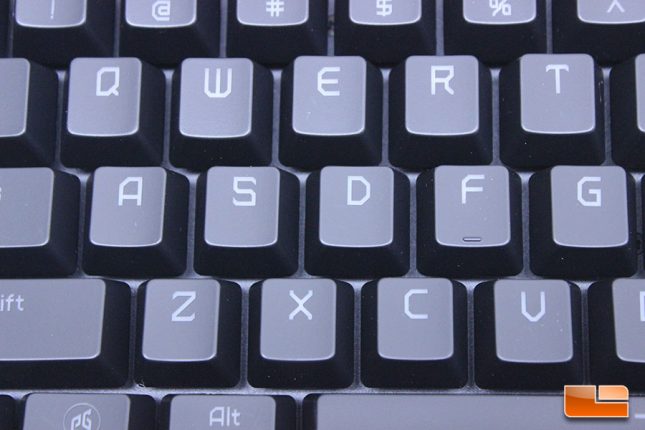 With the exception of the red cable port on the back, the status indicator lights and volume control rocker, the EpicGear DeFiant has a very subdued, professional look. That’s all lost once you get to the ABS key caps, though, which offer a huge, Matrix-style font. EpicGear no doubt thought that this font would appeal to gamers, but I think a lot of users might be turned off by the large, digitized look of the font on these key caps. The caps have a somewhat slick feel to them and the font is printed on them, rather than using an ABS Doubleshot method, so they will wear over time. Thankfully, EpicGear has made the stems on the DeFiant EG MMS switches Cherry MX-compatible and the keyboard has a standard bottom row, so you can put whatever key caps you want on the DeFiant. 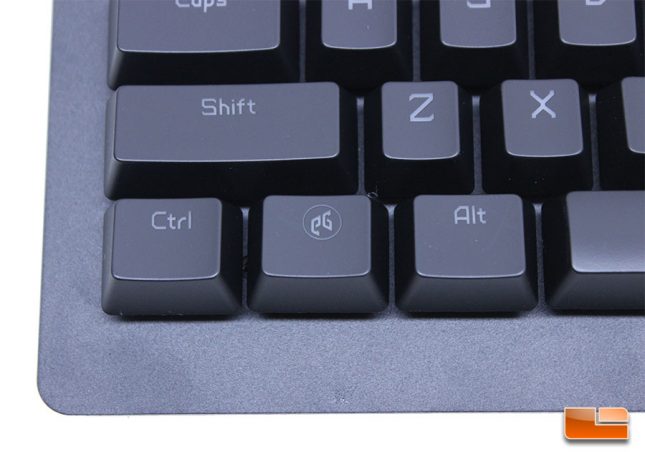 Instead of a Windows logo, the EpicGear logo is printed on the Windows key. This is a nice touch that helps with branding without being obtrusive or obnoxious. 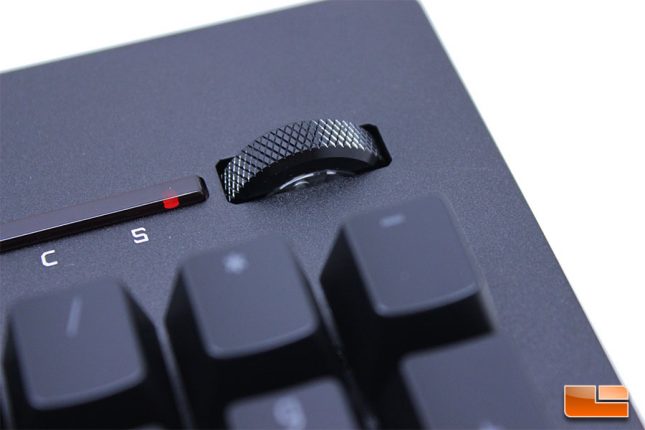 The volume control knob on the upper right of the board offers ratcheted adjustment that offers fairly precise volume control and it can also be single-clicked to mute your volume. This volume control rocker is implemented well and has a quality, tactile feel to it that leads me to believe it will hold up over years of moderate use. 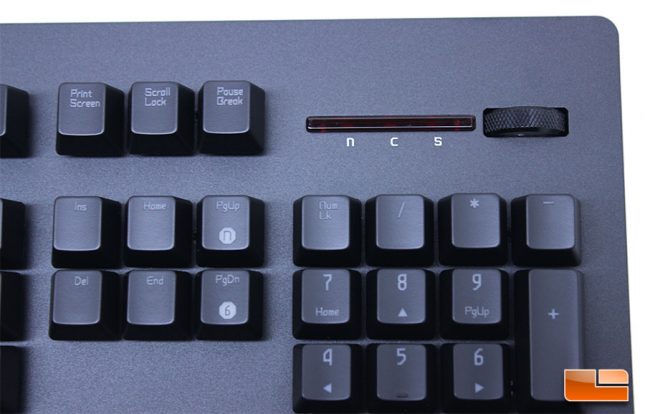 To the left of the volume rocker are the status LED’s for the DeFiant, which toggle to let the user know when certain features, such as CAPS LOCK, are enabled. EpicGear went with a slightly overstated design with the plastic cover for these indicators, but they fit well with the overall design and gaming theme of the DeFiant. Unfortunately, the LED’s are visible through the plastic, so they don’t have a clean, diffused look and the LED is kind of overpowering.

The DeFiant USB cable is braided, with a black and red design. The cable is flexible and has a gold-plated USB connector on the end.

The underside of the DeFiant has rubber pads at each corner to held hold to a desk and there are height adjustment tabs on each side of the keyboard so that the rear height can be adjusted between two levels. The two indents on the bottom front of the keyboard allow the wrist wrest to be slid into the unit.

The side of the DeFiant has notches for the accessory bars to be slid into them. These bars aren’t the best looking, but they do offer heigh adjustment and they fit the gamer motif of the unit. The rear USB 2.0 port add-on is quite nice and looks very in-place on the unit. Everything snaps into place well and holds to the keyboard.

The EpicGear wrist rest feels great and has a honeycomb pattern to help it hold to the desk. This wrist rest is a must with the keyboard, as it allows for use over long periods with reduced fatigue. 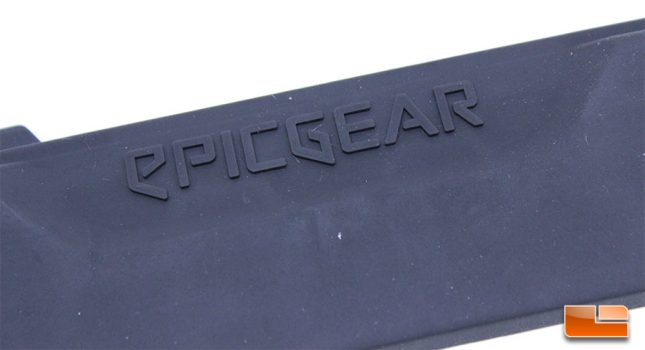 The EpicGear logo is in the middle of the wrist rest, but we didn’t find the letters to interfere with our typing or be noticeable in terms of comfort. 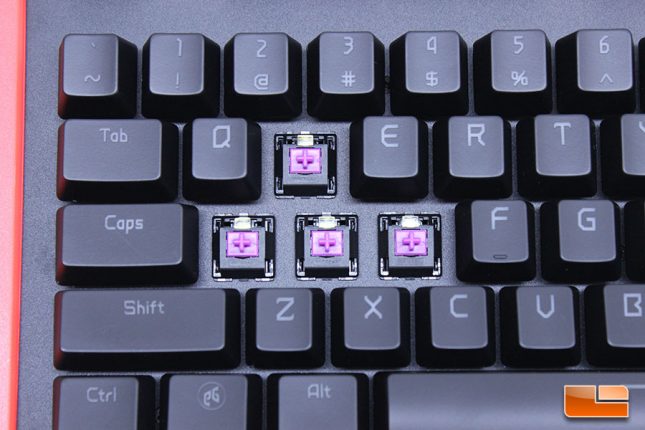 The EpicGear DeFiant EG MMS (Modular-matrix structure) key switches are able to easily be removed from the unit and replaced with other switches by using the included extraction tool. These switches use a body type and mechanism very similar to Cherry MX switches and aren’t similar to switches from Kailh, Gateron, KBTalking, or any other manufacturer I’ve researched. EpicGear says that these switches are unique and patented, so whichever manufacturer they’ve sourced them from is likely only making the switch for these EpicGear keyboards, for now. Our sample unit was shipped with the EG MMS Purple switch, which is very similar to a Cherry MX Blue. Each key offers actuation at 1.5mm with a 50 gram actuation force rating, which should be ideal for gamers who want fast response without needing too heavy a hand. 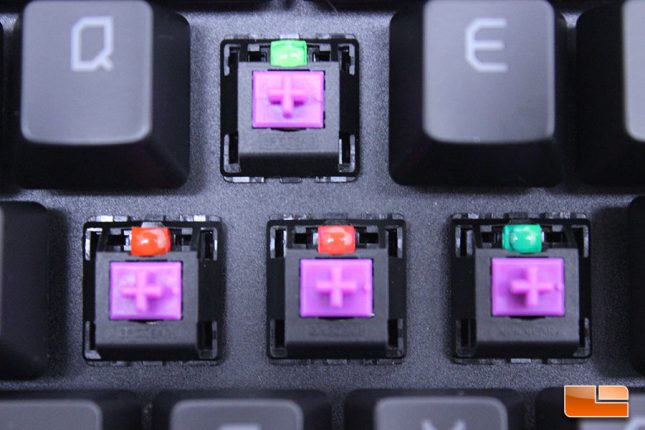 Each switch has a small slot where you can insert a colored plastic strip to alter the color output of the white LED. Since the LED is built into the PCB of the keyboard instead of into the switch itself, should an LED die, you can’t replace the offending switch to remedy the issue, the repair would have to take place at the PCB level, which isn’t going to be feasible for most users. This is an oversight of sorts, as the EG MMS switch could have had the LED built-in, though this may have limited them to a single color while EpicGear was aiming for customization with these switches. 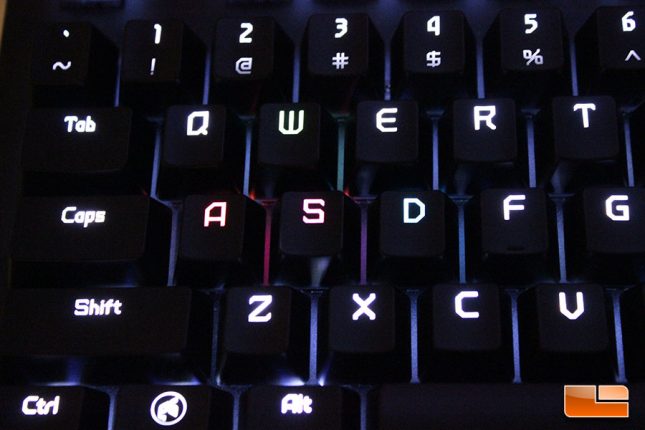 The approach EpicGear has taken certainly works, but changing the color on every LED of your keyboard would be a long, arduous process. It would be nice to see EpicGear continue to develop these switches to include a built-in LED on future revisions that can be adjusted through software. We found the color reproduction offered by the light bars to be better than expected and overall, the lighting on the DeFiant is decent, though far from uniform, with the reflection off of the plate leading to light bleed issues and spots where the light was overly concentrated, or bounced off of surrounding keys. 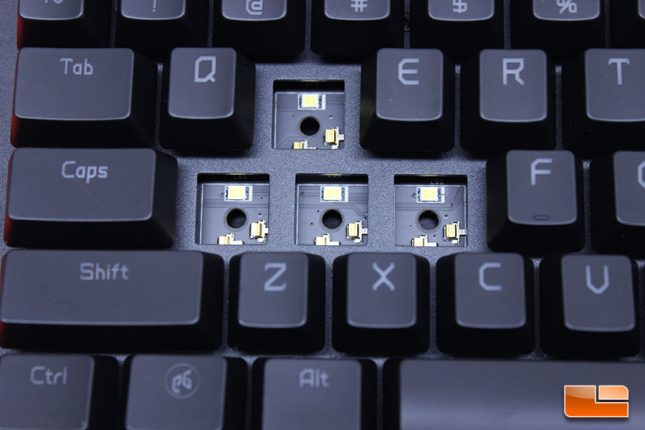 When you remove the switch from the keyboard, you can see the simplicity of the mechanism for the switches, which simply snap into the top plate. The contacts on the bottom of the switch then make contact directly with the raised gold contacts on the PCB. We can see how this can cause potential issues, with the PCB possibly flexing over time and separating from the top plate, but the keyboard should certainly hold up under normal usage scenarios over several years of use. Just don’t expect the longevity you would out of a Filco or a Ducky keyboard with metal plates, high quality PCB’s and soldered switches.

Those who are worried about these switches being accurate or able to keep up with their hyper-typing capabilities shouldn’t have any concerns, as I was able to pull an 89 WPM run in Typeracer during my first run out with the DeFiant while using the included purple switches. 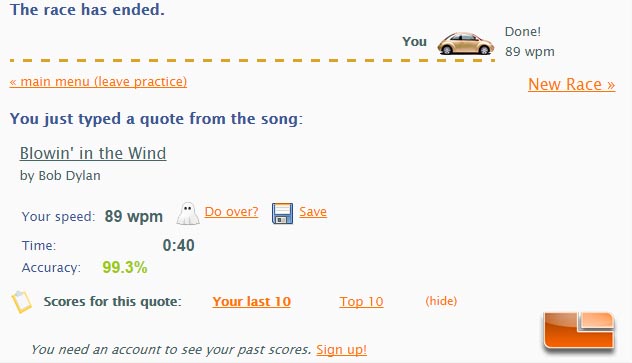 Overall, the EpicGear DeFiant offers decent build quality and a solid amount of features. We wish we received other keys to try out, but we were able to try out the LED functionality and found it to be well-implemented. We opted to just change the color of our WASD keys for a simple FPS configuration, but creative users can go all-out with their color selection.