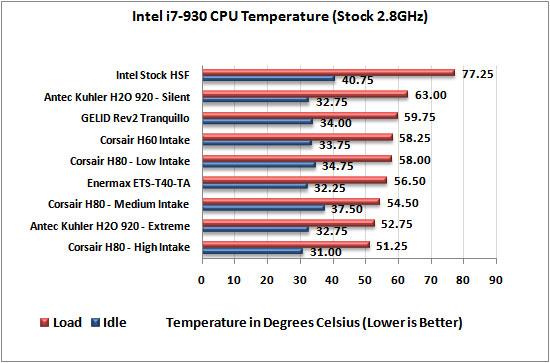 With the system running at the stock 2.8GHz the Enermax EST-T40-TA comes in at 56.5*C, a very nice 20.75 degrees cooler than the stock Intel HSF. The ETS-T40-TA also beat the recently tested GELID Rev2 Tranquillo by 3.25 degrees. The sound levels between the fans of the GELID and Enermax at full speed are very similar; both run nice and quiet at around 26dBA. 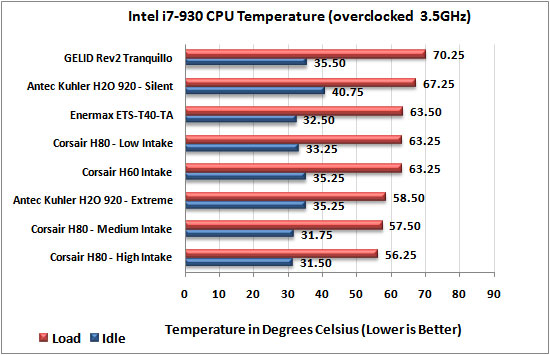 Bumping the system with a mild overclock to 3.5GHz the Enermax ETS-T40-TA comes in at 63.5*C. This is just behind the Corsair H80 on low, and the gap between the ETS-T40-TA and the GELID Rev2 Tranquillo has increased to 6.25 degrees. 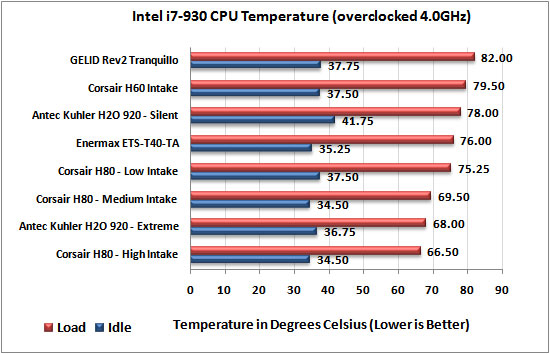 Pushing the system with a high overclock to 4GHz the ETS-T40-TA comes in at 76*C. It is still nipping at the heels of the Corsair H80 on low and still a good 6 degrees ahead of the GELID Rev2 Tranquillo.