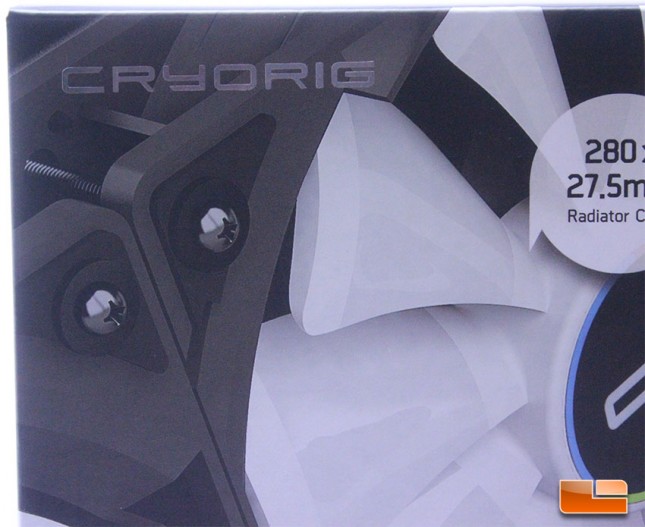 Cryorig has made a foray into the AIO market and not only was it successful, they’ve managed to put other manufacturers on notice. Even with the Asetek Generation 5 pump bringing performance enhancements, it is surprising that the A80 is able to outperform the Corsair H110I GTX by a noticeable margin, as they both would seemingly be equally matched coolers. The A80 was able to keep our I7 4790K four degrees cooler than the H110I GTX in our Prime 95 tests. Simply put, the performance provided by the A80 is better than that provided by one of the best AIO’s on the market from the long-time fan favorite and it’s something to be excited about if you’re a fan of high performance cooling, as competition is spurs innovation. 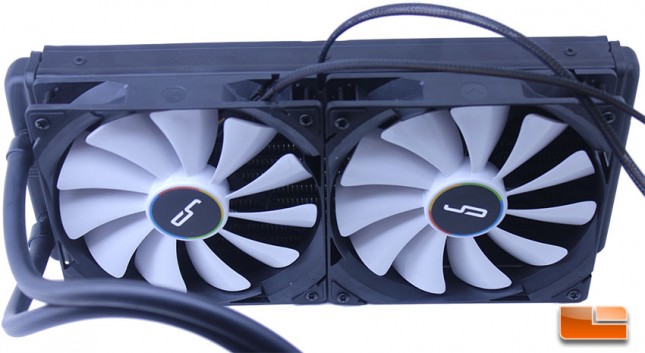 Everything included with the A80 looks great and carries a premium feel, something we’ve come to expect from Cryorig, even though they’ve only been around since 2013. The radiator is high quality, with a solid water inlet and outlet, proper finish and nice rows of unbent fins, though we did notice a couple of areas where the fins weren’t perfect towards the edge of the radiator. The QF140 fans carry the Cryorig signature look and have an excellent braided sleeve on them that makes it easier to do good looking cable management, along with providing additional protection for the cable from possible nicks. Cryorig has done an amazing job from top to bottom with the overall package of the A80, especially given that this is their first release in the AIO category, though there are some areas for improvement. 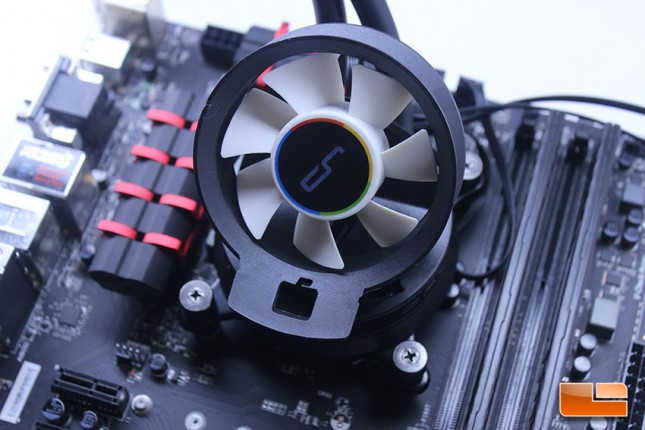 While unique, we found that the on-pump cooling fan of the Cryorig A80 was just not providing enough benefit to make the noise production a worthy trade-off. Make no mistake, the fan helps cool the motherboard components and is far from useless. Users who are trying to get the best cooling performance possible will certainly benefit from using the on-pump fan, but our board just didn’t run hot enough from the get-go for any cooling improvements to really be of noticeable benefit. Every scenario is different and we can see boards with more extreme power phase and overclocking capabilities being more applicable for use with the on-pump fan. The inability to control the speed of the on-pump fan, radiator fans and pump speed through software was disappointing as well, given that NZXT and Corsair, two of the most popular companies in the AIO game, both have software that is capable of controlling these options and more. We were also disappointed to find that the included QF140 fans produce quite a bit of clicking when run upside down, which is how top mount installs have to run the fans. We’ve found this issue with many fans, including those included with Corsair AIO’s, so its not an issue that only affects Cryorig, but we feel they could have used a different bearing to alleviate this issue. At the end of the day, while the A80 found a home in my personal system, I omitted the on-pump fan, which unfortunately exposes the top of the pump, which isn’t aesthetically pleasing, especially compared to units from Corsair and NZXT that sport RGB lighting. 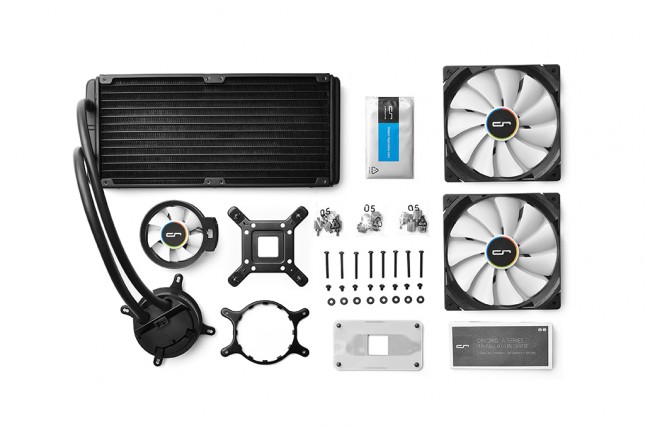 If you weren’t aware previously, there is no way you would ever believe that the A80 was the first AIO that Cryorig ever released, because its just so well-designed and the overall package just evokes a premium quality not indicative of a rookie. Their decision to go with Asetek as an OEM is a no-brainer, since Asetek owns the patents on so much technology used in AIO coolers and Cryorig doesn’t have the resources to simply develop an AIO from the ground-up, which would be a major risk. Since the A80 is what Cryorig was able to produce on their first go around, we are quite excited to see what they do in the future when it comes to AIO coolers. An investment in control software, a unit without the on-pump fan that incorporates RGB lighting instead and an improvement to the fans are all options I can see on future revisions, though I am sure the minds at Cryorig are already spinning. As it stands, the Cryorig A80 offers competition-beating performance in a very attractive package and the drawbacks are far from being deal breakers.

When we look at the price of the A80, we see that it is clocking in at $124.45 shipped at Newegg, putting it in the same range as the Corsair H110I GTX, a unit that it is capable of outperforming. While $125 may be prohibitive for many users, it’s a totally competitive price given the performance the A80 is capable of, along with the awesome build quality and overall package that Cryorig is providing. The six year warranty that Cryorig is providing is also very reassuring, making the A80 an even easier recommendation. Given the amazing build quality and performance it is capable of, along with the excellent warranty and support provided by Cryorig, we are happy to award the Cryorig A80 with the Legit Reviews Editors Choice Award.

Legit Bottom Line: Leading performance and excellent build quality make the Cryorig A80 a must-consider for those looking for a high performance AIO cooler. Cryorig has taken another step forward with PC enthusiasts and it’s refreshing to see the company transform into a force to be reckoned with in the AIO market.