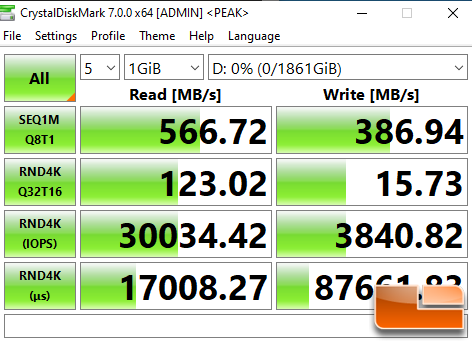 Benchmark Results: The Crucial X6 2TB drive is rated at up to 540 MB/s and we managed to hit 567 MB/s read and 387 MB/s write. That is a pretty impressive maximum sequential read speed, but the sequential write speed is nothing to write home about. 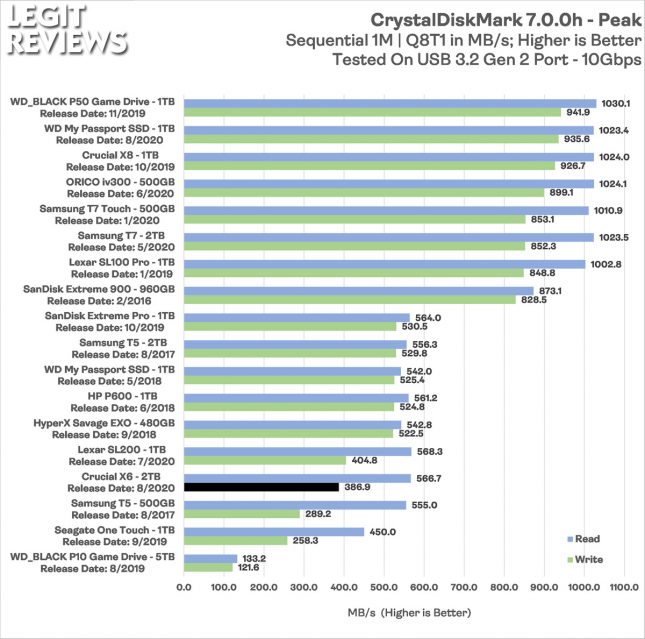 Benchmark Results: When compared to more than a dozen other models the Crucial X6 2TB had the second fastest read speeds of any SATA-based portable drive, but the third slowest write speeds. 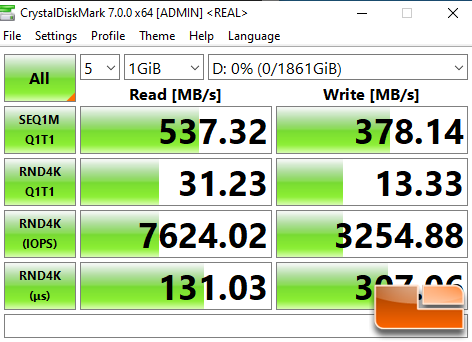 Benchmark Results: With the queue depth lowered to just one the performance dropped down to 537.32 MB/s read and 378.14 MB/s write. This is is a bit more realistic than testing a portable drive at a queue depth of 8. 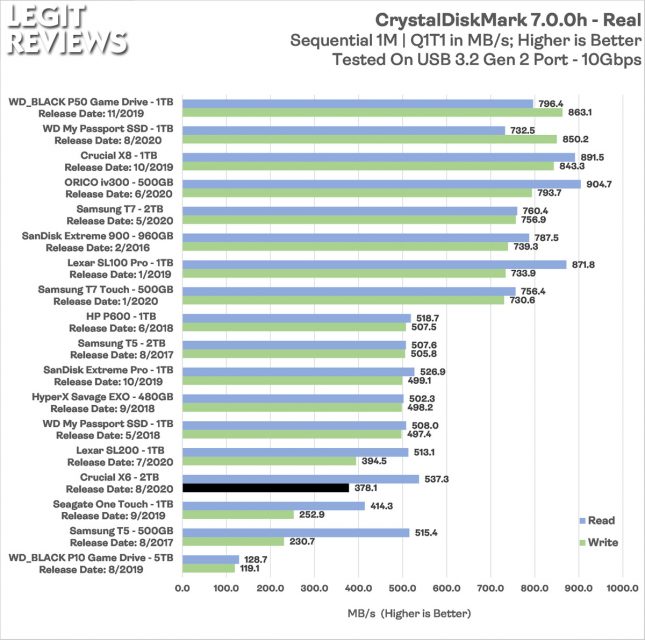 Benchmark Results: Almost all of the drives get less performance at QD1 and this is expected. That said, the Crucial X6 2TB had the highest QD1 read speed of any SATA-based portable SSD that we have tested. Once data is on this drive it can be read faster than most drives in this class. NVMe-based portable drives are still going to offer the highest speeds, but SATA-based drives are great mainstream products that are super affordable. 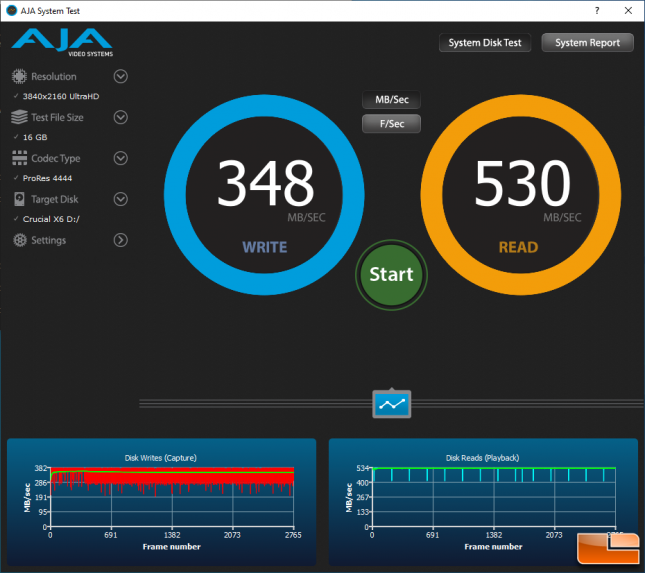 Benchmark Results: The AJA System Test results had the Crucial X6 2TB external drive topping out at 530 MB/s read and 348 MB/s write. The capture and playback was fairly smooth as performance didn’t dip down that far for this 16GB test. 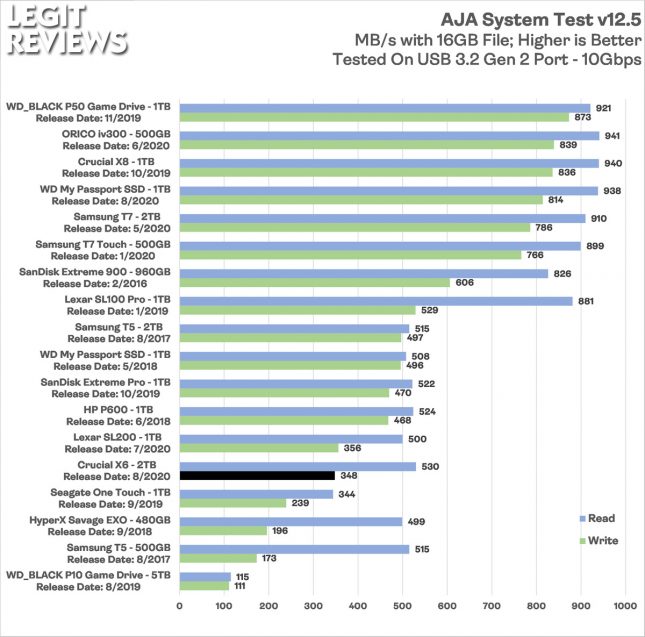 Benchmark Results: The Crucial X6 2TB was 54 faster on read and 46% faster on writes than the Seagate One Touch 1TB SSD from 2019. Crucial had the highest read speed of any SATA-based portable SSD again! 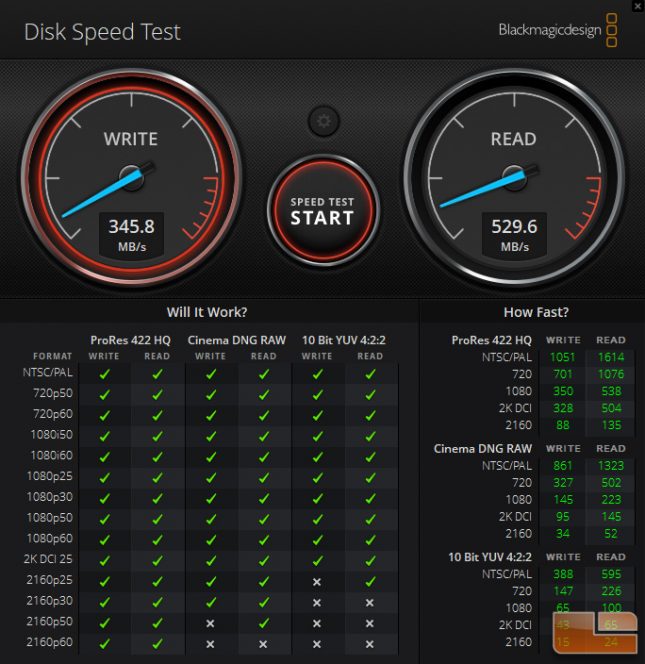 Benchmark Results: The Crucial X6 2TB drive topped out at around 530 MB/s read and 346 MB/s write on the Disk Speed Test by Blackmagic. The results show this drive will handle all 1080P and 2K content just fine, but showed that it will struggle with some 4K content. If you do Cinema DNG Raw or 10-bit YUV 4:2:2 video work with 2160p video you’ll want to look for a faster performing drive.