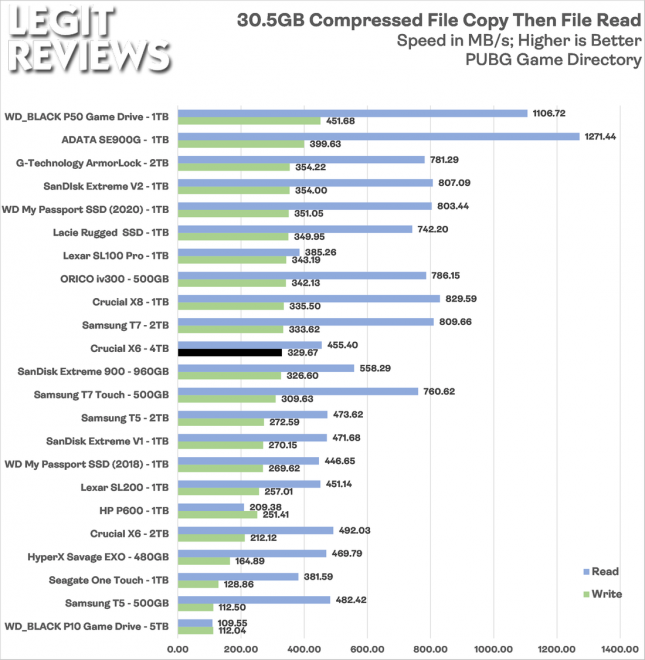 Benchmark Results: The Crucial X6 4TB External Drive finished this test with 455.40 MB/s on reading the compressed file and 329.67 MB/s writing that file. Middle of the pack scores as you can see from the results above. 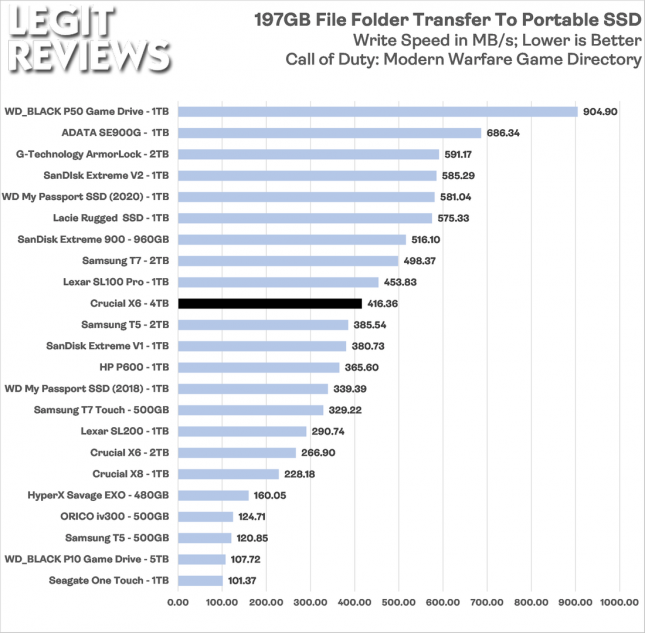 Our hardest test is to copy the entire the Call of Duty: Modern Warfare game directory and then move it to the portable SSD. This file is just shy of 200GB in size and really hammers the portable SSD being tested as it is one long sustained write operation. The Crucial X6 4TB external drive finished this test at 416.36 MB/s and that that result places this model in the middle of our performance chart. 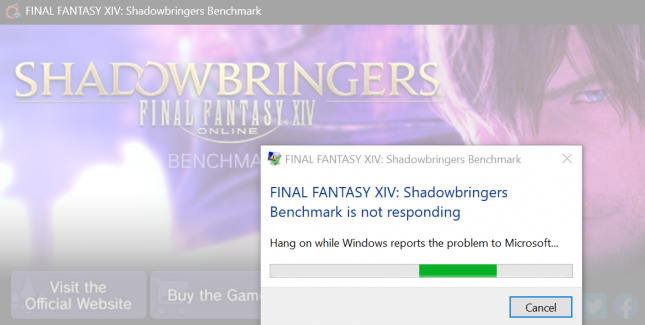 Benchmark Results: We’ve tested over dozens of portable SSDs on this system and none have ever had issues running this benchmark until we tried it on the Crucial X6 4TB drive. The benchmark application launches, but as soon as you start the actual benchmark it hangs and stops responding. The end result is the same on both Intel and AMD test platforms. We’ve let both Crucial and Phison know about this issue.