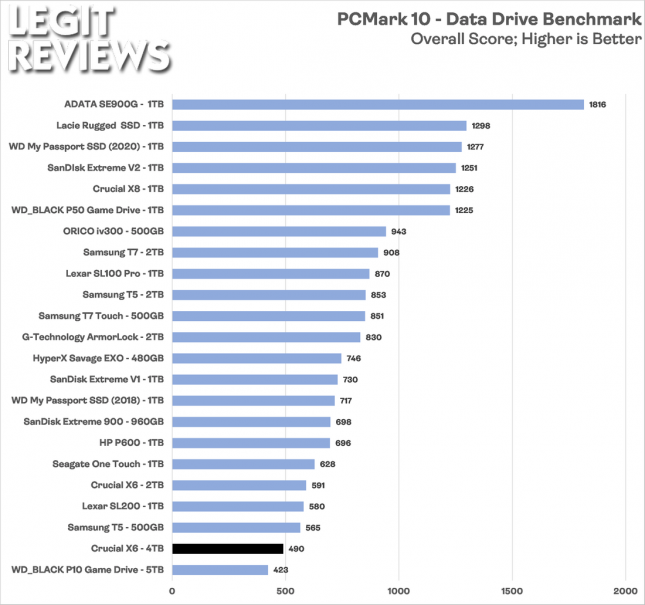 On the PCMark 10 data drive benchmark the Crucial X6 4TB portable SSD finished with an overall score of 490 points. That is the lowest score for any SSD that we have recently tests on this system and we aren’t sure why the performance is so poor in this benchmark. The WD_BLACK P10 Game Drive that is slower than it uses a traditional spinning hard drive. 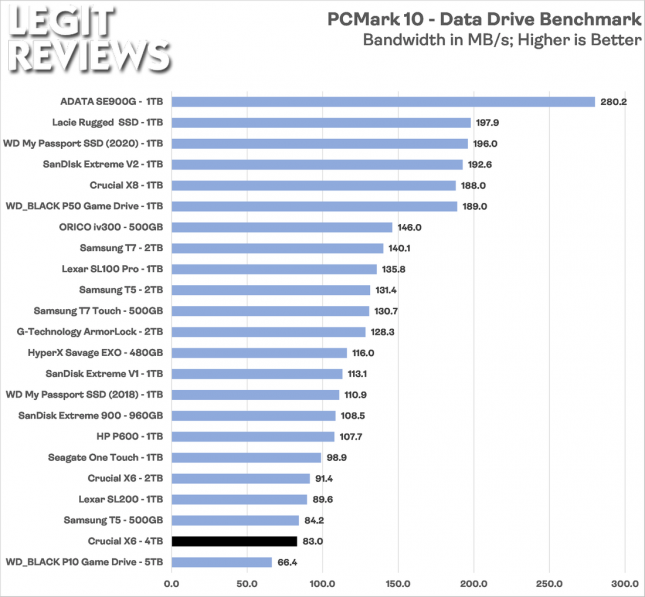 The PCMark 10 Storage Benchmarks overall score is calculated from the bandwidth and average access time sub-scores. The bandwidth subtest is defined by UL in PCMark 10 as bandwidth = bytes / busy_time_for_read_and_write. The results here showed that the Crucial X6 4TB External Drive averaged 83.0 MB/s during this trace test. 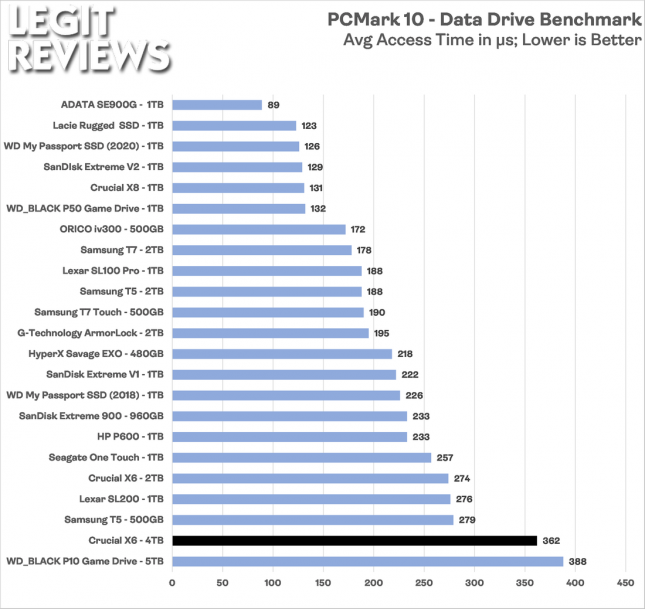