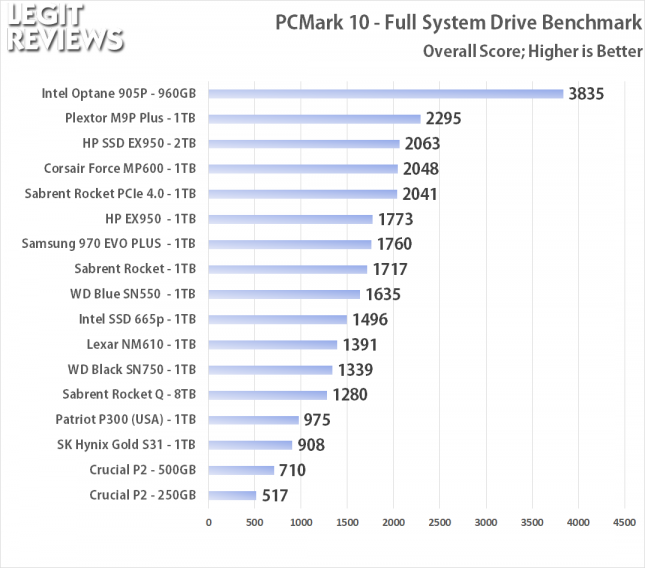 On the full system drive benchmark the results show the Crucial P2 250GB and 500GB drives finished at the back of the pack with scores of 517 points and 710 points, respectively. 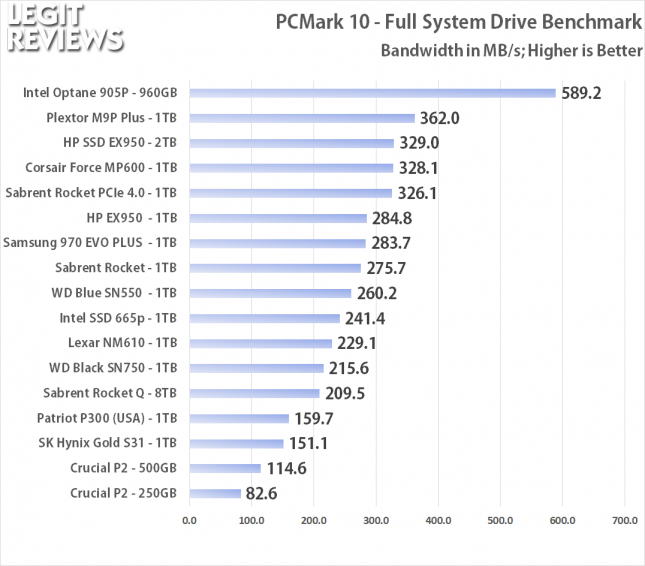 The PCMark 10 Storage Benchmarks overall score is calculated from the bandwidth and average access time sub-scores. The bandwidth subtest is defined by UL in PCMark 10 as bandwidth = bytes / busy_time_for_read_and_write. Here the Crucial P2 250GB drive finished at 82.6 MB/s and the P2 500GB drive came in at 114.6 MB/s. 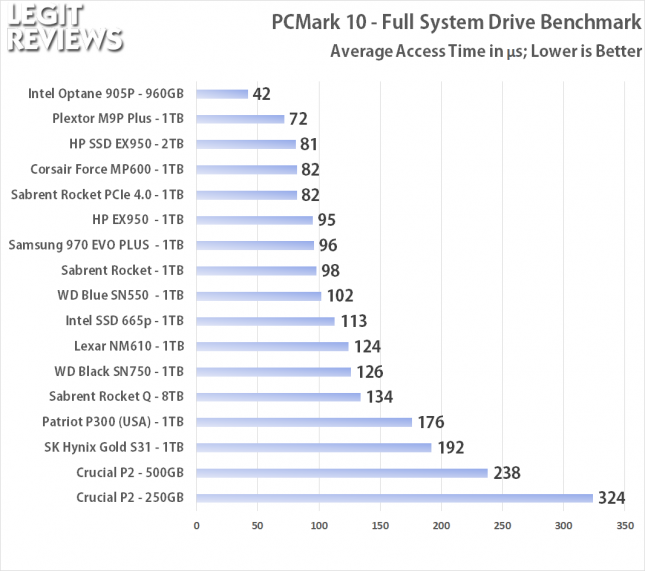