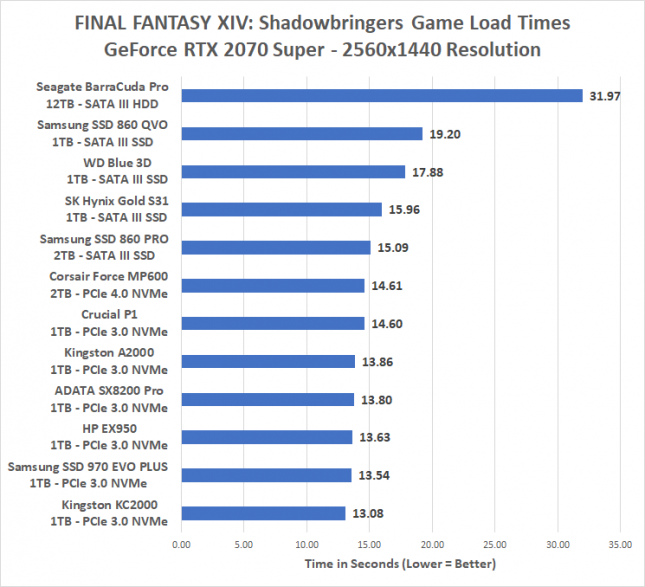 Benchmark Results: Game load times is very important to our readers and the Crucial P1 1TB SSD did pretty good here and actually bested the much more expensive Corsair Force MP600 PCIe Gen 4.0 x4 drive. Most NVMe drives will load games faster, but the Crucial P1 1TB drive was faster than all the SATA III drives in our testing.