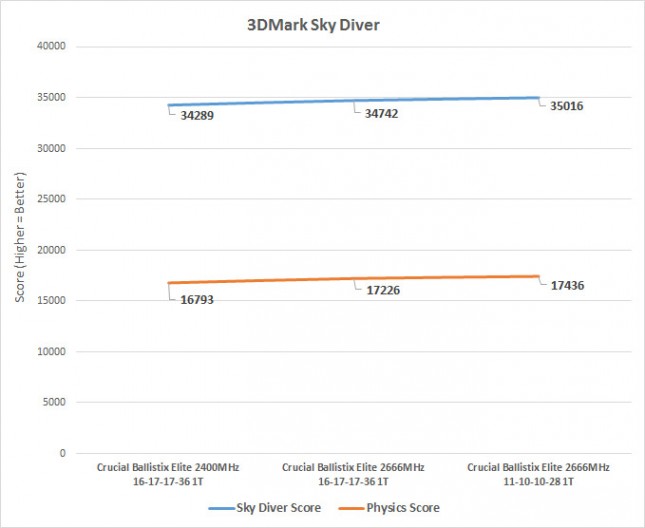 Results: The 3DMark Sky Diver benchmark test didn’t show much difference between the memory kits, but you do see that the performance does go up slightly with the tighter timings and higher clock speeds.