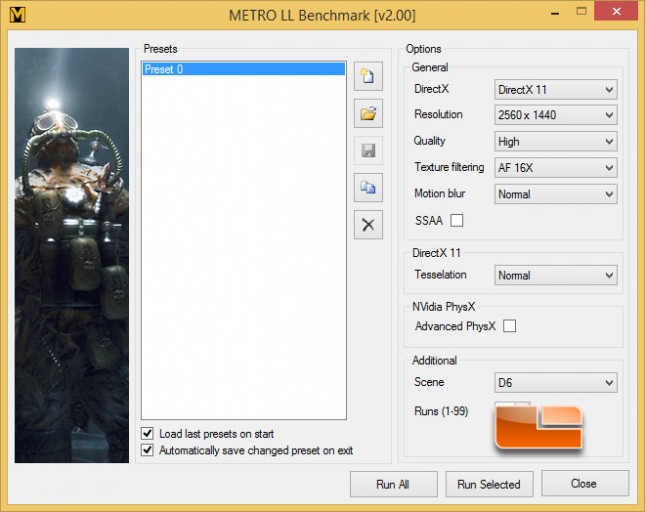 Metro: Last Light was benchmarked at 2560×1440 with high image quality settings with the SSAA set to off, Tesselation disabled and and 16x AF. We used the game titles built-in benchmark (seen above) and ran it 3 times at each screen resolution to ensure accurate results. 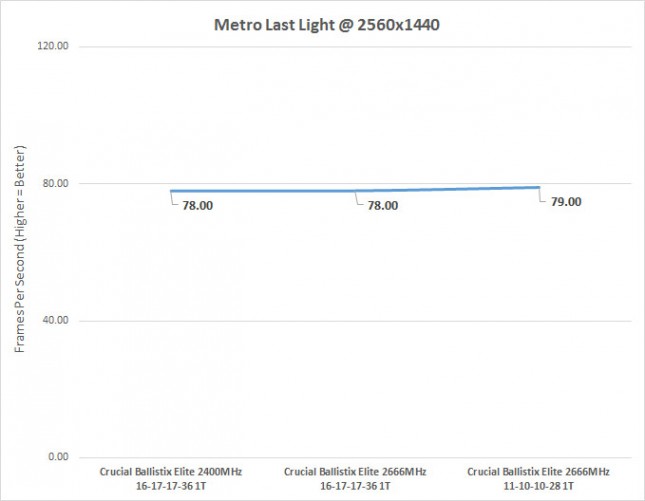 Benchmark Results: The Gigabyte GeForce GTX 980 4GB video card Titan is one of the fastest cards around and it was able to play Metro Last Light at 2560 x 1440 at nearly 80 FPS on average on all three memory configurations. We found no difference in performance between 2400MHz and 2666MHz with CL16 timings, but we did find a slight performance gain when dropping the timings down to 11-10-10 at 2666MHz. The 1FPS gain was actually repeatable, but isn’t really significant since it is only a 1.3% performance increase.