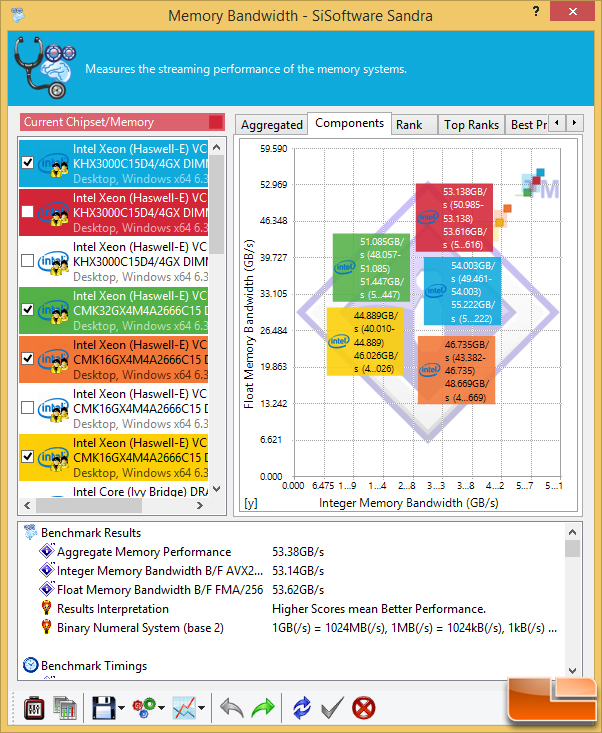 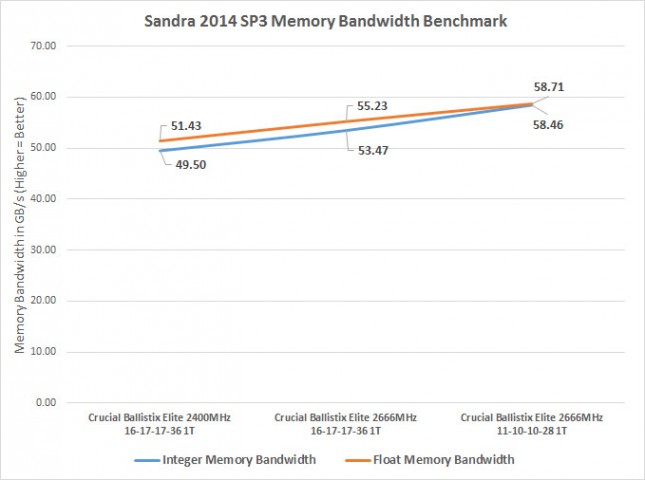 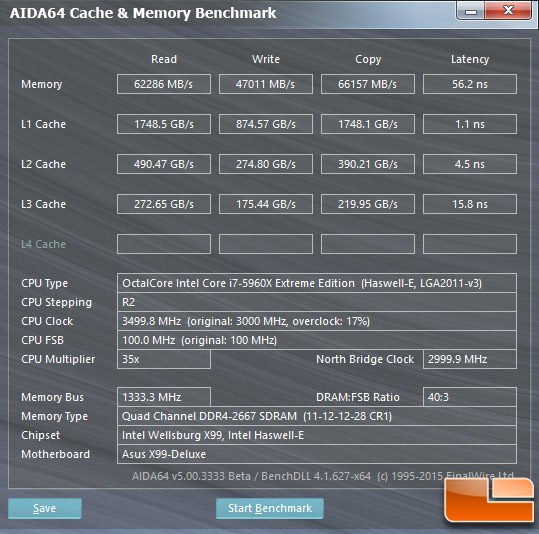 AIDA64 Extreme Edition 5.00 software is an excellent benchmarking tool for looking at memory performance on any desktop PC. 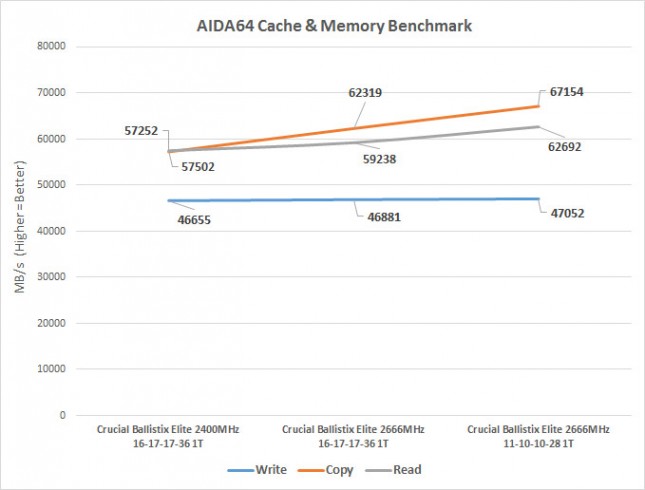 Benchmark Results: AIDA64 showed that the Crucial Ballistix Elite DDR4 16GB 2666MHz memory kit was good for about 59.2GB/s read and 46.9GB/s write speeds. With the timings tightened up we were able to improve these scores up to 62.7GB/s read and 47.0GB/s write. The tight timings also showed that they helped the copy test as we went from 62.3GB/s to 67.2GB/s by just lowering the timings in the UEFI. 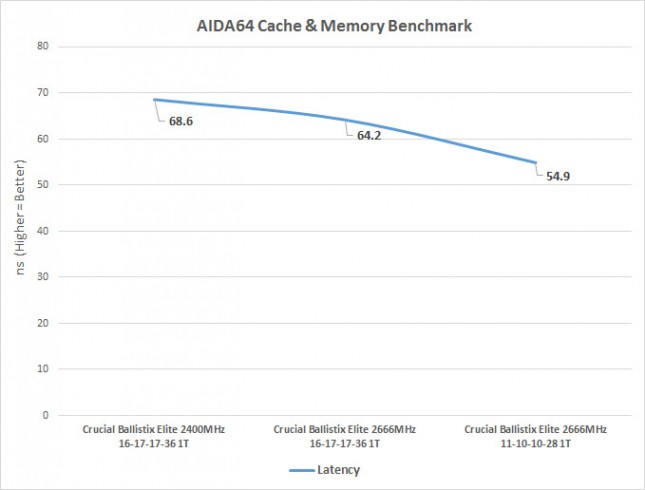 Benchmark Results: When it comes to memory latency we were getting 68.4 ns at 2400MHz and then 64.2ns with the XMP profile at 2666MHz. By manually tightening the timings we were able to get down to 54.9 ns at 2666MHz with full system stability!