What may be confusing at first is weighing which of the two cards – the Sound Blaster Z and Zx, is better. They actually use the same sound card and the products only differ by their bundled accessories. The Sound Blaster Z is more minimalist and has a beamforming microphone while the modestly more expensive Sound Blaster Zx comes with a desktop module, short optical cable, and a stereo male 3.5mm-to-male RCA adapter. Choosing between the two product versions comes down to the usefulness of the accessories to you and your audio setup. 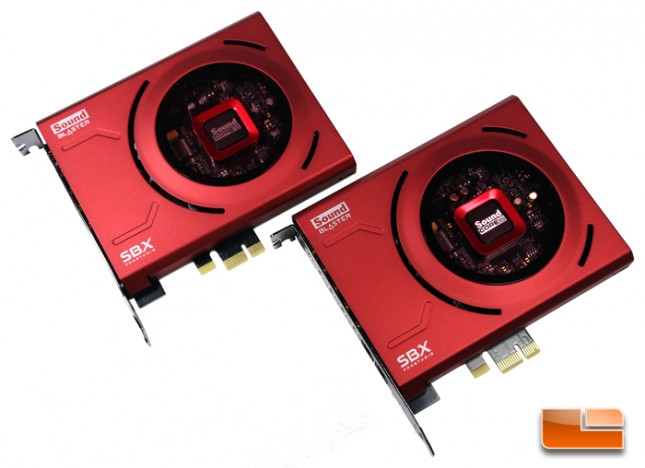 All the Sound Blaster Z-Series products Z, Zx, and ZxR, use the same Creative CA0113-4AG audio processor and thus have the same SBX Pro Studio processing effects accessible from the control software. Aside from that, most the rest of the hardware is different which imparts different audio qualities to the sound they output. Compared to the ZxR, the Z and Zx have more bass which to some can sound excessive. Compared to ASUS Xonar cards, the tight and precise audio the Z-Series cards are tuned to produce is good for gaming and made great by the hardwares virtual surround downmixing capabilities. It is impossible to render the illusion of sound in a spacious environment within the confines of a headphones earcups, but Creatives virtual surround is by and far the most convincing solution we have yet experienced. 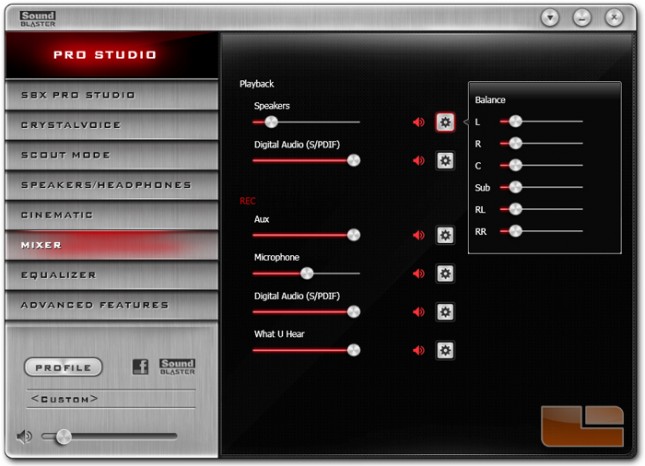 The Sound Blaster Z and Zx are priced respectively $100.99 and $125.85 at Amazon, which is much more palatable than the roughly $200 asking price for the flagship Z-Series card, the Sound Blaster ZxR. The cheaper products offer mostly similar audio quality and expectedly dont come with some of the ZxRs excesses many which most gamers probably wont use. Sound cards for gaming are few in number and underappreciated because theyre nonessential are far as most people are concerned. However, two big names fill this space ASUS with their Xonar cards and Creative with their Sound Blaster cards. The former is better suited for the more musically inclined and the latter for the immersive and competitive gamer. We really like whats available at the $100 pricepoint for sound cards because ironically enough, there are enough options to choose from.

Legit Bottom Line: Gamers serious about their game audio should consider lining up the Creative Sound Blaster Z and Zx sound cards on their list of upgrades.