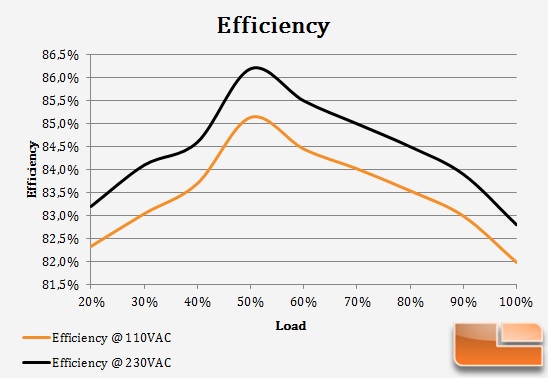 Bearing an 80Plus Bronze certification, we did not expect stellar efficiency figures from the PowerX 550W. The power supply does honor its certification, with the maximum possible efficiency reaching 86.3% when a 230VAC source is being used and 85.2% if the magnitude of the A/C voltage source is reduced down to 110VAC. The efficiency drops at minimum and maximum load but never below 82%. 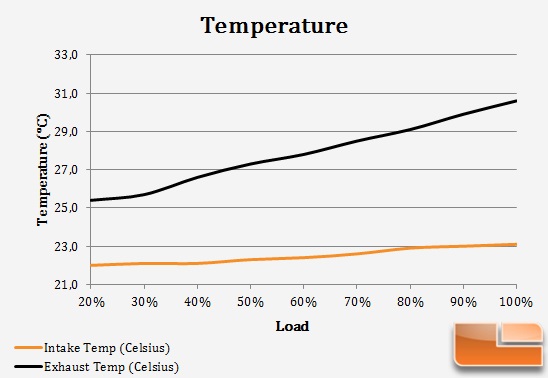 Despite the mediocre power output of the PowerX 550W unit, its operating temperatures are not very low. The temperature differential begins at 3.4°C at minimum load and goes up to 7.5°C at maximum load, figures which are comparable to those we are used to encounter when testing high-end 800W+ power supplies. Nevertheless, considering that this is “just” an 80Plus Bronze certified power supply, the thermal testing results were not unexpected, although we hoped for something better than that. 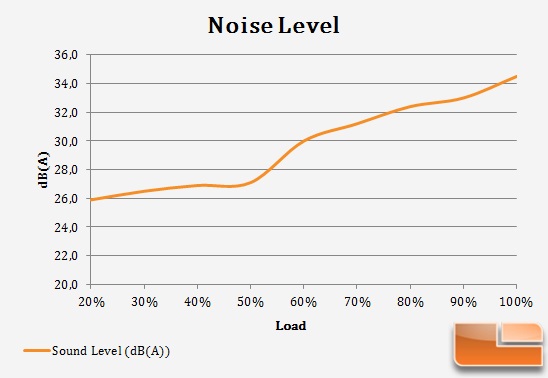 The chart above explains the middling thermal performance of the PowerX 550W power supply, as well as its greatest advantage; the noise levels are very low, especially considering the class of the power supply. The PowerX 550W remains entirely inaudible up to 50% load, allowing a standard gaming system or home PC to operate noiselessly while idling or performing common tasks (office applications, watching movies, etc.). If the power consumption increases, the power supply becomes audible but will not ever reach a level where it becomes annoying.