A look inside the PowerX 550W 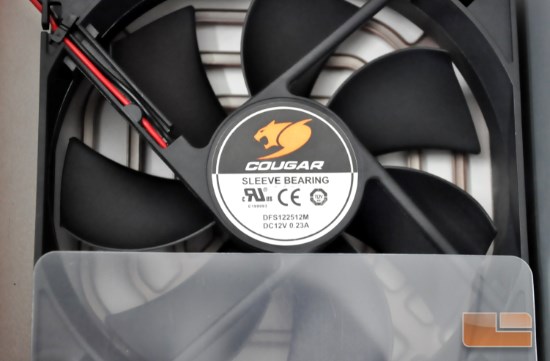 The 120mm fan inside the PowerX 550W power supply has been rebranded but we could easily identify it as the DFS122512M, a popular model by Young Lin Tech. This is a typical sleeve bearing fan with a maximum speed of 1500RPM; nothing really important about it save from the fact that it comes from a well-known manufacturer. 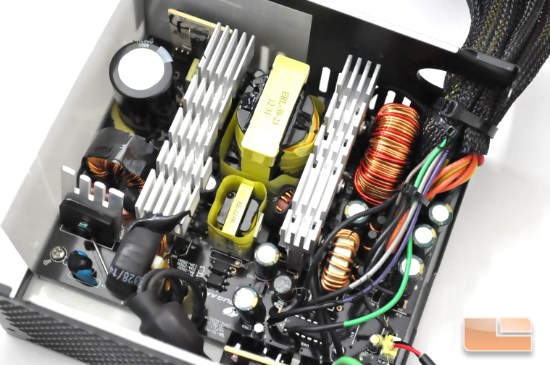 As we mentioned before Cougar is a subsidiary of HEC and HEC has their own power supply development department. As such, it makes perfect sense that there is no hidden OEM behind the PowerX 550W unit, which is designed and built entirely by Cougar themselves. The construction is good, with only the occasional hand-made soldering joint and glue which we expected to find in such a power supply. 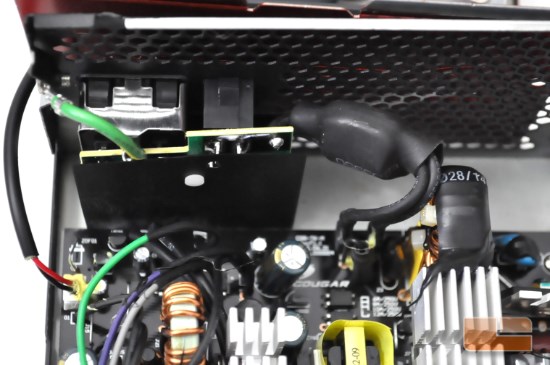 The filtering stage begins on the back of the A/C receptacle, on a small vertical PCB. The entire filtering stage consists of three Y capacitors, one X capacitor, one filtering choke and a MOV. Not the best filtering stage that we have ever seen and a choke short of the design guide recommendation, yet once again expected from a product of this class. 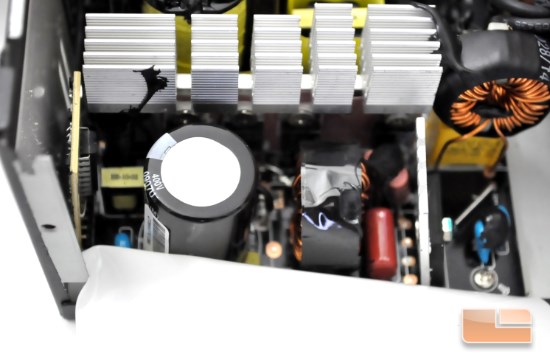 The lone rectification bridge can be found on a basic, straight heatsink. After the rectification bridge, a single Matsushita (Panasonic) 330uF/400V 105°C capacitor is working alongside a large coil, forming the passive components of the PFC stage. The active PFC components, as well as the primary inversion transistors, are all mounted onto the large heatsink. 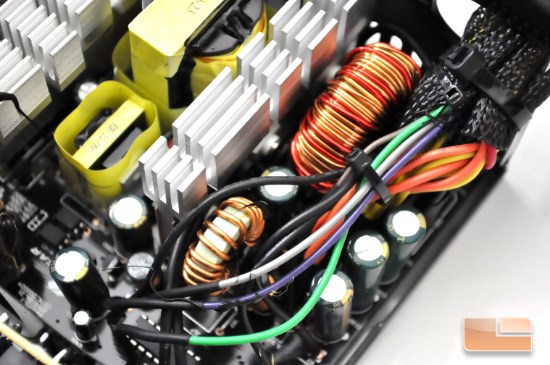 The heatsink on the secondary side of this power supply holds the DC line conversion transistors. There are no DC to DC circuits; all of the voltage lines are generated by the transformer directly. All of the secondary side capacitors are electrolytic and supplied by Teapo. Yes, Teapo is a well-known Taiwanese manufacturer and Cougar appears to be claiming that this unit has Japanese capacitors; however, they actually say “capacitor”, on the box, online, in the manual and everywhere else. The PFC capacitor is Japanese and a very good one, therefore they are not actually lying but this indication certainly is very misleading.